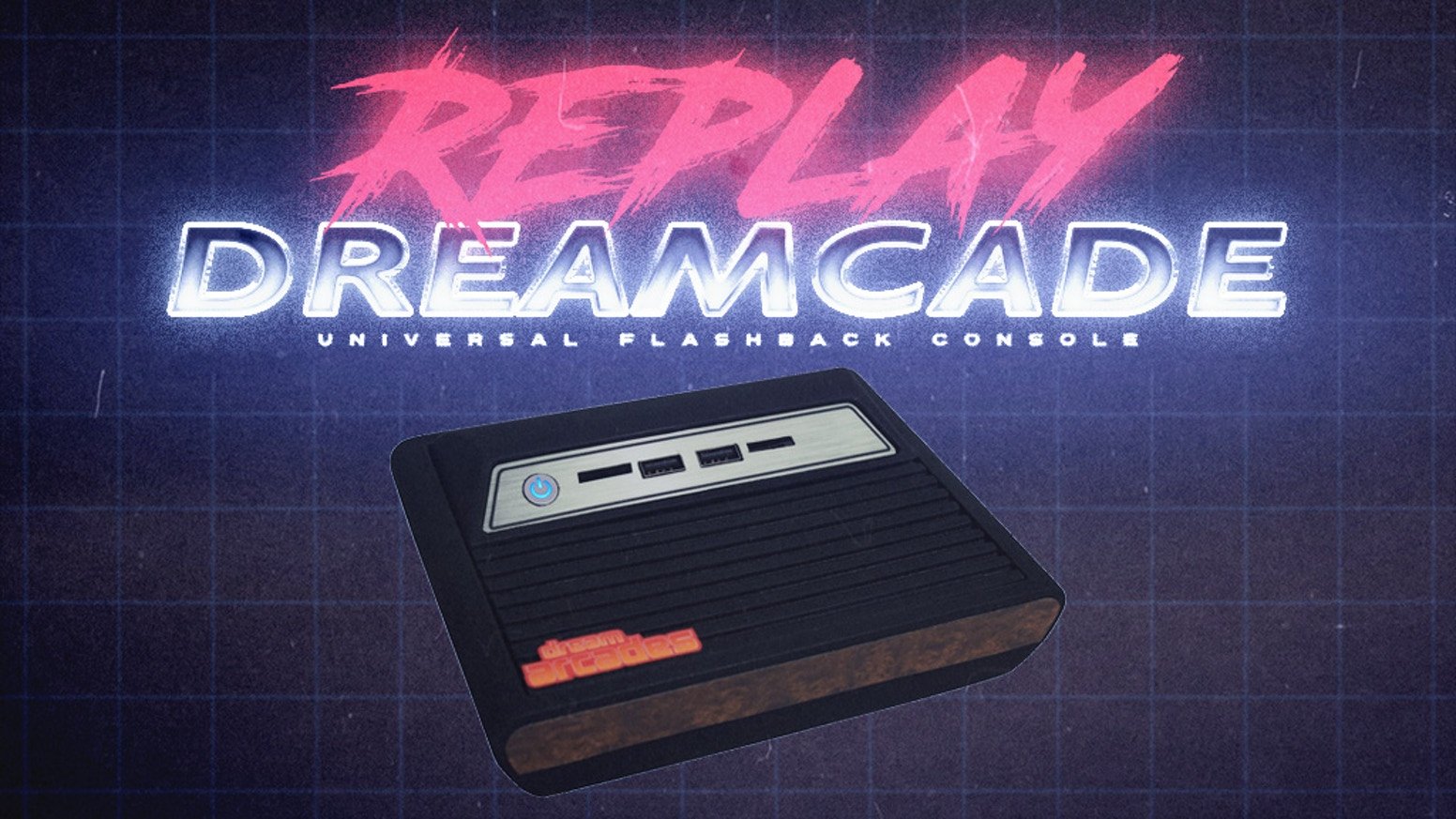 As many in the gaming community grow older, start having families and lose precious play time, we pine for a simpler time. It’s no surprise that retro gaming and nostalgia is red hot in the industry right now. But playing retro video games isn’t as easy as turning on the PlayStation 4 or Xbox One. Booting up Super Mario World on the SNES isn’t easy. You need the right cables for your fancy new 4K television or the game will look blurry when projected to that size. Compatibility and ease of use are huge obstacles to overcome. Games with multiple discs assume that you still know where they are. (And no one really knows where they put Parasite Eve in the basement.) And then you need to  locate old memory cards and hope that everything works properly.

Game companies have been trying to make this retro gaming process easier over the last few years. Nintendo’s answer to retro gaming, in lieu of a virtual console, has been the NES Classic and SNES Classic. Sony and Microsoft continue to offer new ways to play classic video games daily. There’s plenty of money to be made in classic gaming and companies are vying for your money.

Emulators, software that allows third-parties to make copies of a console’s BIOS and architecture, have been around for almost two decades.  Through that framework, emulators create an environment where classic games can be played without the original hardware. In a 2000 court case between Sony Computer Entertainment and the Connectix Corp, the court made emulation legal: “We conclude that there is a legitimate public interest in the publication of Connectix’s software, and that this interest is not overborne by the record evidence related to the downloaded BIOS.”

Most emulators only include a BIOS and hardware system, and the Dreamcade Replay passed the test. The Dreamcade developers are adamant that  users do what they want with the device and they can’t control that. But in addition to traditional console emulation, the Dreamcade Replay can emulate “2 dozen system out of the box.” That alone would be a big selling point, but the device is a Windows 10 box, so you can also run Netflix, Steam, Twitch, KODI, and other Windows applications from the same place. Clearly, the Dreamcade Replay is no mere emulator.

The questions surrounding the legality (or perceived legality) of the system and its usage were starting to pile up, and not just for me.  Multiple Reddit threads had popped up, questioning how the Dreamcade Replay could be a legal device. The parent company, Dream Arcades, opened a dialog with users on the site. Dream Arcades was open about the process they went through when making the Dreamcade Replay. “Step one was an exploratory meeting with a reputable IP firm,” Dream Arcadess said. “We discussed what we want to do, they gave us their informal opinion.We went forward with the project having regular meetings with them… The one thing I do make sure we understand is their advice and instructions.”

It seems as though everything about the Dreamcade Replay is in a nebulous grey area. David Gallagher, Kickstarter Communications, spoke with me briefly over email about their vetting process.

“As you note, like many Internet platforms, Kickstarter conforms to a strict procedure for handling intellectual property disputes under the DMCA,” Gallagher told me. “You can read about that procedure here. If anyone believes their copyrights are being infringed by a project creator, we encourage them to submit a DMCA notification.”

Kickstarter doesn’t take responsibility for vetting projects as they come in, but they do take DMCA complaints seriously. Amazon is a different creature. “This would not be the first item on Amazon that someone has a copyright issue with,” Kelly quipped. (He’s not wrong.) Kickstarter and Amazon take the stance that if something isn’t brought to their attention, even if there might be something suspicious with the product in question, they have no obligation to act.

The real trouble is in the “Safe Google Search” that Dream Arcades has shipped with the Dreamcade Replay. The Rom Search they provide access to seems to encourage  copyright infringement. I asked Dream Arcades co-owner Mike Ware about the search engine they’ve included in the system, to clarify the company’s intent.

“It only has a list of well-known sites… sites that have been around for a very long time and have a very good reputation,” Ware commented. “The games will change from time-to-time because Google receives take-down requests and sometimes the archive gets take-down requests. Our system will honor that, because they just aren’t there anymore.” When asked about the potential for users to infringe, Ware added, “In theory, somebody could download a game they don’t own. We are really trying to prevent that. There is legal wording in there that attorneys have gone over.”

But is that enough?

MGM brought a similar issue before the courts in 2005, when they sued Grokster for providing access to illegal materials. It didn’t matter that there were some legitimate uses for the service, because an overwhelming amount of uses were infringing on copyrighted material. Grokster cited a landmark case with Betamax for their defense, but the argument didn’t hold up under scrutiny.

If you make a copy of something with a VHS tape and try to transfer it somewhere, the quality doesn’t hold up. That isn’t the same for digital files. Nothing changes in the distribution of digital files and they keep their fidelity. These are exact 1-to-1 copies of original copyrighted materials. Whether you’re sharing music, movies, or software, there is no loss.

By allowing users a “safe” way to illegally obtain games, Dream Arcades could be in a similar situation to Grokster and other file sharing websites. (We see you Napster and Kazaa.) Ware assured me that the websites used to get the ROMs “have been vetted [according to the following criteria:] if they have take-down notices, have they ever had a problem with viruses, [and by] how long [they have] been up.” If Ware’s assertions are accurate, then that means there will be  a person who will continue to look into the safety and legality of these websites. On the (good) chance that these websites get taken down, the Dreamcade Replay has lost one of its biggest selling points.

The Dreamcade Replay was supposed to launch with a feature that would allow users to take photos of their games and receive a ROM in return. But it wasn’t available at launch. Said feature would allow users to “Simply take a photo, and our Cartridge Analysis & Recognition Tool (CART) will identify and add it to your list of titles,” according to the Dreamcade Replay Kickstarter. This level of user accountability could help Dream Arcades circumvent the concerns about copyright infringement.Kelly believes, “That alone could make it into a law review article. They actually confirm that you do own a copy of the game.” Regardless, there isn’t much of a way Dream Arcades can police this system.

Ware was candid about how the photo feature works: “It scans the picture and then asks Google what it is. We monitor [for photos that have been used elsewhere]  and have four different ways to keep that from happening.” They have only implemented what they call “Level 1” where they compare the image size of the photo. Even if this feature works as well as Dream Arcades hopes it will, if people want to infringe, they will find a way. Ware said Dream Arcades just hopes they can encourage people to do the right thing.

With emulation consoles from the big players like Nintendo, Sega, and Atari hitting the store shelves, classic gaming is still popular. Sony doesn’t have backwards compatibility on the Playstation 4, but they offer the Playstation Now service to play some of their older titles. Microsoft has been touting its backward compatibility on the Xbox One for some time, as well as introducing Game Pass, which allows  customers to pay a flat fee to access a plethora of Xbox games from all different eras.

The Dreamcade Replay could prove itself to be a ferocious competitor, able to easily emulate classic consoles and provide access to free ROMs.

At this moment, the Dreamcade Replay is legal. It uses modified versions of the MAME emulator to run software obtained from safe ROM websites. Dream Arcades hopes that users download games they own and don’t infringe, but they’re not liable for how their emulator is used once its in a user’s possession.  And they might run into trouble with providing their own proprietary web search for copyright materials. There is a thriving market for classic games, as demonstrated by the fervor for Nintendo and Atari’s classic consoles. On paper, the Dreamcade Replay device damages those endeavors. Emulators are legal, but the Dreamcade Replay enabling users to commit copyright infringement paints shades of grey that may have far-reaching ramifications on how emulators are regulated in the future. 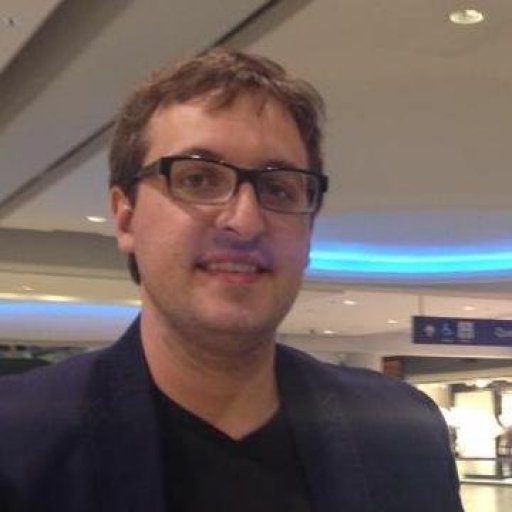 Max Covill is freelance journalist and podcast host for @itsthepicpod. He has written for @oneperfectshot @playboy @syfy and @pastemagazine. He is a proud member of @BOFCA.