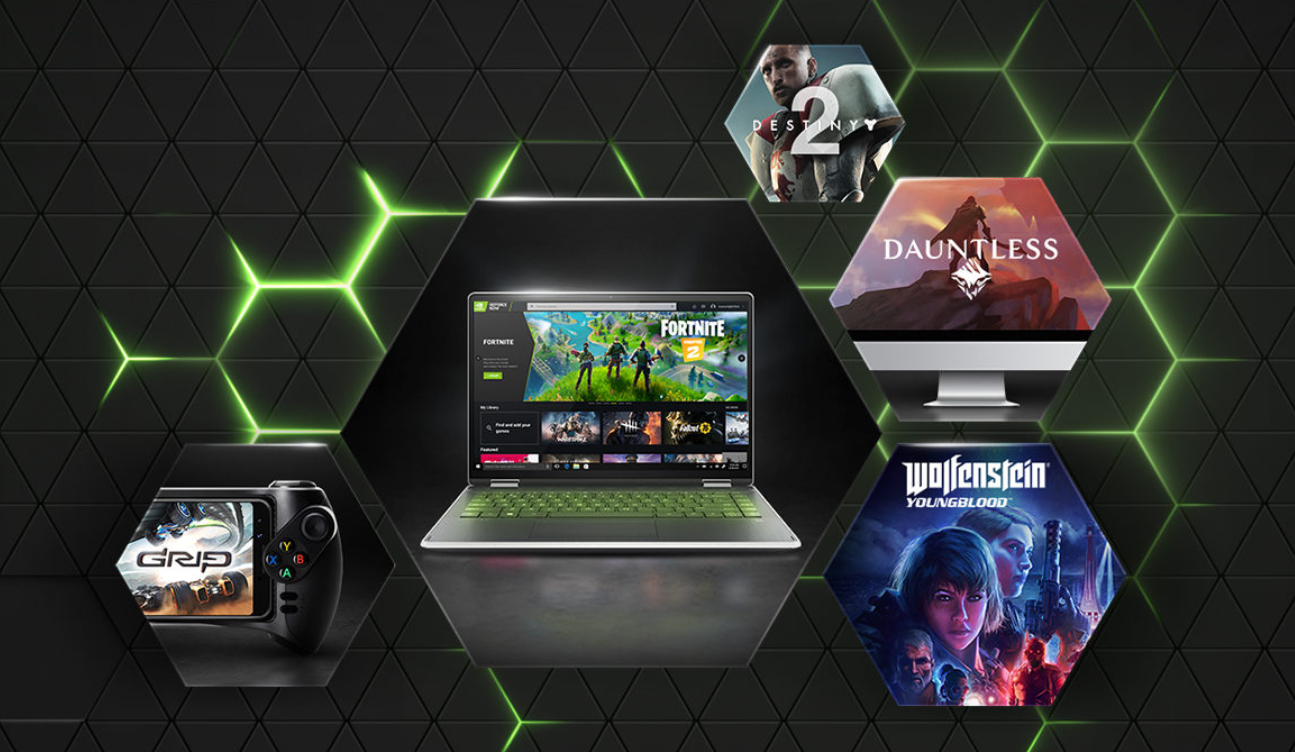 While Google, Microsoft, and Sony have been making major plays in the cloud gaming market, another contender has been quietly working away in the background. Noted PC hardware manufacturer Nvidia has spent the last eight-or-so years building and beta testing GeForce Now, a subscription-based remote PC rental service that allows users--via the cloud--to install and play games on Nvidia-owned hardware. Today, the company has announced that the service is leaving beta, and is now commercially available.

For $5 a month, you get cloud access to a high-end gaming PC, on which you can install games that you’ve purchased. Then, you can stream those games on a number of compatible platforms, such as low-end Windows machines, MacBooks, Android mobile devices, and Nvidia’s own Shield. Ray tracing tech will also be switched on for subscribers to this “Founders” tier. Nvdia is also offering a free version of the service that adds some significant limitations, such as a one-hour cap on gaming sessions and a lack of ray tracing.

According to Piers Harding-Rolls, head of games research at analyst group IHS Markit, Nvidia’s “bring your own games” (BYOG) approach to cloud gaming is a novel one that has the potential to shakeup the sector, even if the offerings are somewhat limited at this stage.

“GeForce Now effectively straddles the use cases of existing gaming PC users that want access to their games on screens away from their PCs and also those gamers that don’t have access to a gaming PC,” Harding-Rolls said. “Nvidia’s stated ambition is to grow the GeForce Now membership across free and paid accounts to 1 million as rapidly as possible, and I expect that to be achieved during 2021.”

At $5 a month, Harding-Rolls feels that GeForce Now’s current business model is unsustainable when you consider all the costs involved in service delivery, investment, and maintenance of infrastructure. Instead, he anticipates that the low cost of entry is a means of converting users to consumers of Nvidia’s much more profitable GPU hardware sector.

“A low cost, accessible service like this potentially exposes more users to high-end PC games,” Harding-Rolls told GameDaily via email. “Gamers exposed to this content might be more willing to buy a gaming PC. Additionally, a broader audience using GeForce Now will drive demand for GPUs in the cloud which are, in effect, sold to consumers through premium subscriptions to the service over many months. This is an entirely different product strategy for Nvidia, shifting from physical hardware to software and services.”

In order to maintain longevity, Harding-Rolls said that the business model surrounding GeForce Now will eventually need to be revisited. Currently, Nvidia does not collect revenue from content sales, and the $5 price point is remarkably low compared to other similar services.

For example, Google Stadia starts at $10 a month. However, that service has had its share of difficulties in the months since its launch, including a case of inflated ambition, according to David Cole of analyst group DFC Intelligence.

“Google Stadia muddied the water by overhyping the potential and getting the media to bite,” Cole told GameDaily. “Nvidia, along with other companies including Microsoft and Sony, are more modest and realistic in their claims.”

To that end, Harding-Rolls anticipates that GeForce Now is likely to receive a bump in subscription price by next year. ”Expect the premium subscription pricing to increase, potentially to something like $9.99 a month, at the beginning of 2021, but at the current price point and 3 months free, conversion rate from free to paid is predicted to be high,” he predicted.

According to Harding-Rolls’ analysis, the beta version of GeForce boasted roughly 300,000 users with a projected paid subscriber base of 280,000 by the end of 2020. These numbers far eclipse Shadow, the next most-popular BYOG service that’s operated by software company Blade. Shadow also costs around $25 a month, giving Nvidia another leg up.

Regarding the service’s cap on gaming session length, Harding-Rolls said that the time limit--one hour for the free tier, six for the Founders tier-- acts as a method to attract users to the Founders tier. Additionally, this limit also reduces stress on Nvidia’s infrastructure.

GeForce Now’s user base may be but a fraction of what market leaders PlayStation Now and Xbox Game Pass boast, but the PC sector is ripe for growth, according to Cole.

“I don't see GeForce Now competing with PS Now or Game Pass,” Cole explained. “I think they reach a broader base of PC consumers. PlayStation 4 was a big success at 100 million sold. However, PC games like League of Legends show there is a much larger potential audience. I don't think Sony or Microsoft is going after that audience even if they give some lip service to PC games.”

With cloud services on the rise, Nvidia’s BYOG approach is a great way to separate itself from the competition. The sustainability of the business model may be questionable--$5 a month is undercutting most major services--but this is early days for GeForce Now, and it appears it has a lot to offer prospective PC gamers. Harding-Rolls’ outlook for the service is relatively optimistic, but it’s likely that Nvidia will need to address its monetization options in the near future.