Gears head Rod Fergusson to depart The Coalition for Blizzard 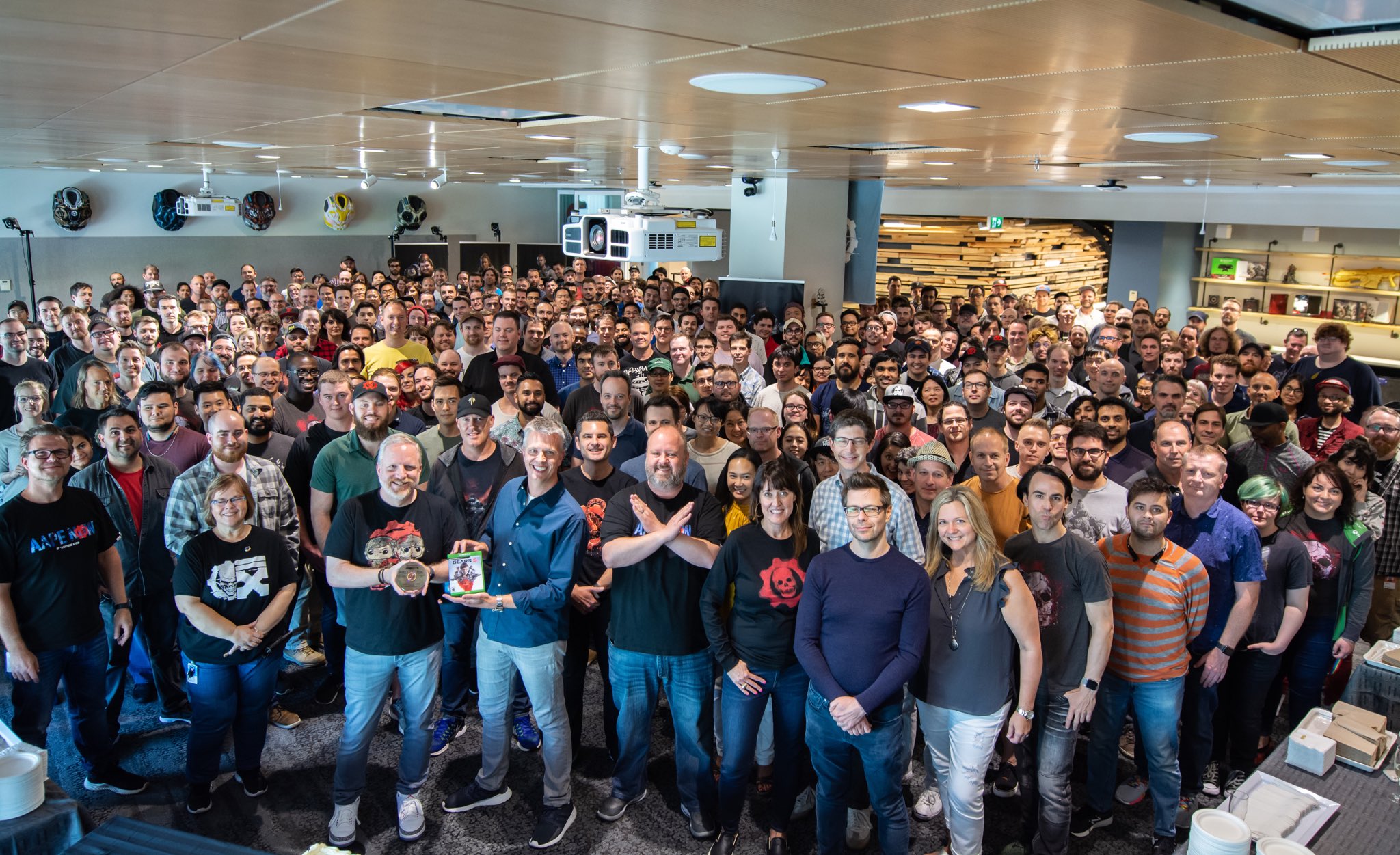 [Update 2/10/2020] A Microsoft spokesperson has provided GameDaily with the following statement about the future of the Gears franchise without Fergusson: “The leadership team at The Coalition will guide the studio to continue making great content for Gears fans to enjoy. Gears 5 will continue to enhance the gaming experience with updates, new Operations, and of course new heroes and villains fans know and love. Additionally, Gears Tactics is content complete and just a few short weeks away. The teams at both The Coalition and Splash Damage are putting final polish on what will be an amazing PC first turn-based strategy game launching April 28. Fans can look forward to tons more from that game at the end of March, leading into our launch. Finally, the rich history of Gears of War is continuing to build with comic books and novels expanding on the universe of Gears and work continuing for the Gears of War movie.”

Rod Fergusson, studio head at The Coalition, has announced that he is leaving the company in March to oversee the Diablo franchise for Blizzard. Fergusson has worked on the Gears series since 2005, and even endured its 2014 transition from Epic to The Coalition, the studio that Microsoft bought specifically to work on thatfranchise.

“Starting in March, I will join Blizzard to oversee the Diablo franchise,” Fergusson said on Twitter. “Leaving is bittersweet as I love our Gears family, the fans, and everyone at The Coalition and Xbox. Thank you, it has been an honor and a privilege to work with you all.”

At Blizzard, Fergusson is going to have his work cut out for him. The company has suffered a series of PR setbacks in recent months, including severe backlash following the banning of Hearthstone pro Blitzchung over support of Hong Kong protesters, and a tepid reception to Warcraft III: Reforged.

The last two years have also seen some high-profile departures from Blizzard, including Hearthstone lead Ben Brode and former president Mike Morhaime in 2018. When you consider all these factors, Blizzard has a lot riding on the Diablo franchise. The dev team is also hard at work on Overwatch 2 and World of Warcraft: Shadowlands, but it’s Diablo that is front and center at the moment, with multiple products in the pipeline.

The company is currently working on both Diablo IV for PC and consoles, and Diablo: Immortal for mobile devices. By bringing in Fergusson, Blizzard is doing all it can to ensure that the next entries in the franchise are hits. Having garnered a reputation as a closer, the timing of the move appears ideal, especially now that Gears 5 is out in the wild.

“Rod’s track record of getting teams together to finish games is well documented. This is a huge loss for Microsoft and one of the best things to happen to Blizzard in a looooooong time,” Futter said.

“Activision Blizzard has stated they want to increase the pace of new content releases, and Fergusson’s involvement might help in this regard,” Rogers said. “Under his leadership, Gears of War: Ultimate Edition, Gears of War 4, Gears 5 and Gears POP! were all released since 2015, and the upcoming Gears Tactics is around the corner. In contrast, Diablo III came out back in 2012 and there hasn’t been a new release in the franchise since.”

One of the big questions surrounding Fergusson’s departure is the future of the Gears franchise, which has done respectable sales numbers across its recent entries.

“During 2019, Gears 5 sold 2.3 million digital units across PC and console,” Rogers explained. “While these sales figures didn’t set the world on fire, they are impressive considering they do not include individuals who got access to the game through Xbox Game Pass. The franchise shouldn’t be too impacted by the leadership shift considering Gears already underwent a major change in ownership from Epic Games to Microsoft back in 2014.”

For Rogers, the arrival of Fergusson at Blizzard illustrates that the World of Warcraft developer is still very much an attractive destination for professionals in the game space, despite recent bumps in the road. After all, Fergusson is far from the only big name that has been added to the team.

“This is just the latest high-profile addition to Blizzard. In 2019, former CD Projekt Red narrative and setting director Sebastian Stepien, and former Microsoft VP Mike Ybarra both joined Blizzard. It’s clear the company is still a very desirable place to work for high-profile figures in the industry,” Rogers said.

There’s no doubt that Gears will be making another appearance in the near future. Considering the upcoming launch of the Xbox Series X and the franchise’s status as a tentpole brand, Microsoft is unlikely to let it stay dormant for too long, even if it’s without Fergusson. Meanwhile, it will be interesting to see how public perception of Blizzard shifts in the coming months as progress on Diablo IV chugs along.