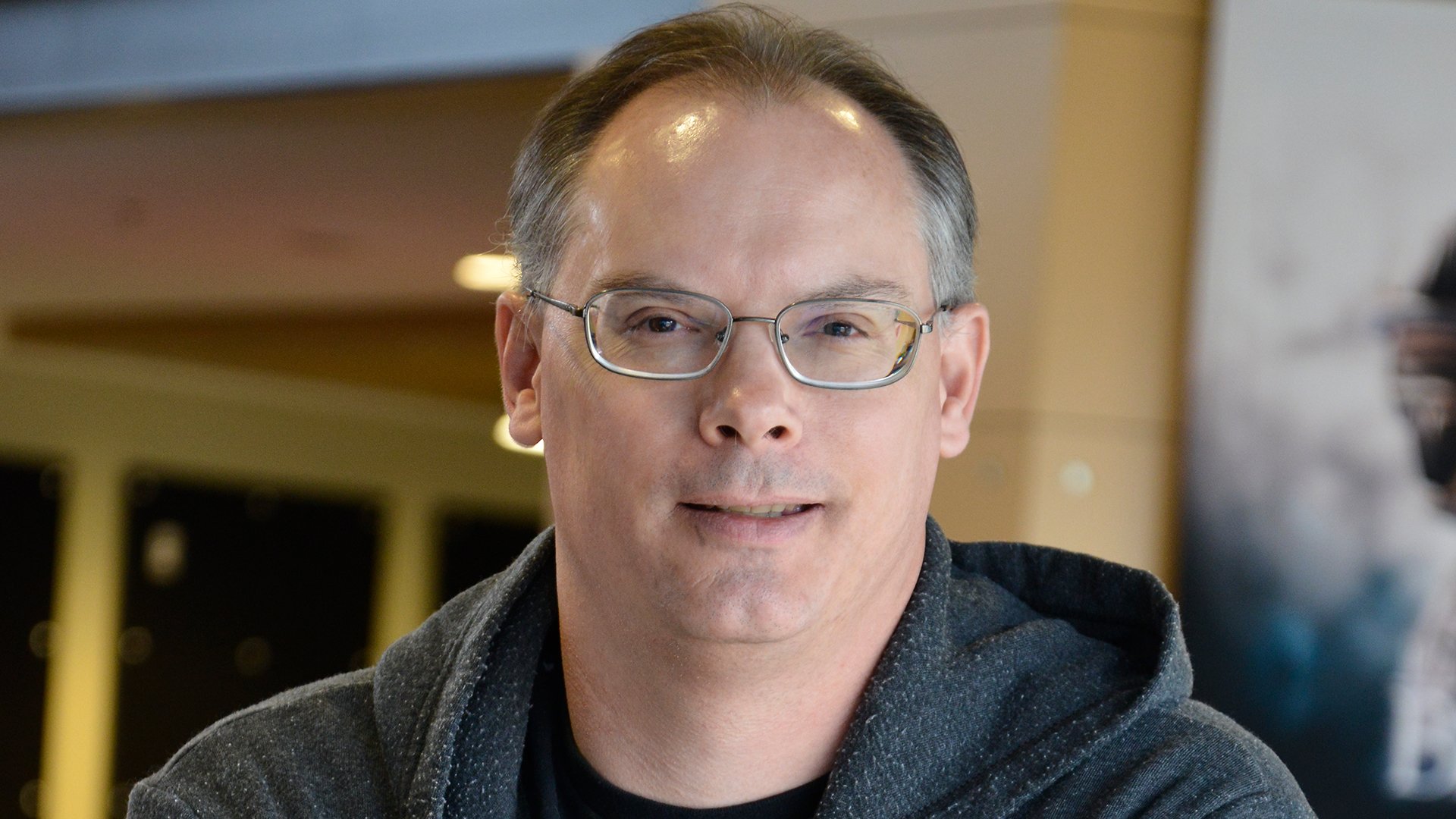 The discussion surrounding politics in games has once again been reignited, this time care of Tim Sweeney, CEO of Epic Games. Yesterday, during his opening keynote at DICE Summit 2020, Sweeney stated that game companies ought to divorce themselves from political messaging.

"I think we're seeing a lot of controversy around political censorship of social media, pressure from foreign countries on domestic companies about discourse, and to get through that, we as companies need to divorce ourselves from politics and say that that is for individuals to engage in. And we as platforms should be neutral," he said.

As it tends to do, the internet almost immediately latched on to these comments and took them at face value: yet another instance of an executive insisting that personal opinion has no place in games. The reaction on social media was swift and critical. Following his keynote, however, Sweeney took to Twitter to clarify his stance:

“Here’s one of the key views I shared at DICE. If a game tackles politics, as To Kill a Mockingbird did as a novel, it should come from the heart of creatives and not from marketing departments seeking to capitalize on division.”

In elaborating, Sweeney’s comments seem to infer that the developers--since they’re the ones actually building the game--are the ones who are in a position to lend a game its message, and it’s the job of publishers and company executives to push that message out into the world.

Sweeney’s clarification hasn’t stopped some outlets from taking the original quote out of context, though. An IGN Tweet posted today appears to have done just that, pairing the message with an animated video.

“Always read the quotes to see what was actually said,” he tweeted. “Headlines are editorial content and tend to be provocative or overly simplified. And now IGN editorial in the form of an animated trailer.”

The discourse surrounding Sweeney’s comments is likely to continue for some time, but there’s no denying that the topic of political messaging in games has been a hot-button issue, especially in recent months and years. One of the more high-profile developments occurred in October when Blizzard banned Blitzchung, a pro Hearthstone player, from the professional scene after he expressed support for protesters in Hong Kong. Backlash has been harsh for the company, and many are saying that Blizzard is now facing a crisis of identity.

Another example of a publisher wishing to remain apolitical is Ubisoft, which has become somewhat synonymous with the concept of political neutrality in video games, despite the decidedly political undertones of games like Far Cry 5 and Ghost Recon. In the months leading up to the release of The Division 2, the company was insistent that the game was “not making any political statements.” This stance, of course, flies in the face of the fact that The Division 2 is a game that takes place in our nation’s capital during a deadly civil war in which a deeply corrupt government has been deposed.

There exists a school of thought that video games, by their nature, are political, that the plot and characters themselves are impossible to divorce from the internal biases of their creators. And as an art form, the messaging present in video games is an expression of the people who make them, no matter what anyone says. Many journalists have come to champion this line of thinkingtime and time again.

This is a philosophy shared by Nicholas Laborde, founder and executive producer of indie developer Raconteur Games. “Everyone has a perspective. Every developer, every creator, every human being on this earth has some sort of political framework or guiding ideology in their lives,” he told GameDaily. “Perhaps it’s as simple as ‘be kind,’ or [claiming] a major affiliation like Democrats and Republicans. The point is that whether or not someone outwardly expresses it, there’s politics involved. Those mental frameworks that every person possesses informs our every decision, and yes, especially our creative ones. Even Tetris wasn’t ‘politically neutral!’”

Of course, there is also a subset of consumers who are angered by video games’ inherent politicalness, even when it’s as pronounced as Wolfenstein’s anti-Nazi messaging. Considering such backlash, it’s easy for executives to justify political neutrality to shareholders and investors, but at what point do we all just agree that Nazis are bad? Skeptics might infer that publishers, prioritizing the bottom line, are co-opting such charged imagery in an effort to make a profit. The fact that the United States has been grappling with more nefarious capitalist sensibilities and is experiencing deep political unrest doesn’t help the discourse around this topic.

That this is such well-trod ground is what makes Sweeney’s recent comments notable. He appears to be acknowledging the creative freedoms of developers in a way that few high-profile executives have.

Also noteworthy is that his statement came on the same day Epic announced Adam Sussman as its new president. Sussman spent more than five years as chief digital officer and head of global strategy at Nike, where he fostered a politically-charged ad campaign starring maligned NFL quarterback Colin Kaepernick. Sussman’s belief that brands need to stand for something goes against much of what we’ve seen in video game marketing thus far.

As the largest entertainment medium in the world, video games occupy a prominent role in society. As that role continues to grow, the messages conveyed by games reach a larger audience.

“Gaming only gets bigger with audiences continually growing every day, week, month, year and console cycle,” Laborde said. “Gaming is a mass-accepted form of entertainment, and because of that critical mass, the views expressed in games can reach large audiences--and, therefore, take hold.”

Becoming comfortable with the existence of politics in its messaging is a growing pain that other forms of media have experienced as well.

“The games industry and its key protagonists are struggling with the demands and affordances that come with being a global, mainstream form of entertainment. Hollywood has understood this for years,” Joost van Dreunen, director of analyst group SuperData, told GameDaily in October. “So, too, has the music industry. The games industry has to ask itself where it stands on geo-political issues, and where and with whom it does business. Games are relatively new to these types of conversations. Now's a good time as any to start that dialogue.”

It’s understandable that Sweeney would want to remain politically neutral given his position at Epic Games, Laborde said, but that’s all but impossible in 2020.

“I understand the perspective of trying to keep a business ‘neutral,’ but when you’re in a creative industry, there’s no such thing,” Laborde explained. “Also, Tim is speaking from an immense pedestal of privilege. If you don’t like the politics of a company, don’t buy their products or services. But if you don’t like how politics get involved in businesses, I don’t have an answer. Read George Orwell’s All Art Is Political?”

It’s also important to consider the double-edged power of social media in situations like this. The internet has been invaluable in disseminating the messages of people in power, and comments like Sweeney’s are bound to snowball into controversy. However, such controversies are not new, just louder. How history will remember such debates will no doubt become twisted by time, Laborde said.

“In a world where social media amplifies everything, it’s too easy to think that things now are somehow worse than they used to be. That is categorically false,” he said. “Imagine the great library of Alexandria, the immense knowledge forever lost to history. And yet the city of Pompeii, whose denizens rubbed giant phallic statues for good luck, gets perfectly preserved.”

Whatever we take away from Sweeney’s comments, the relationship between video games and politics is going to be a subject for discussion for quite a while. A perfect storm of political unrest, ease of access to social media, and capitalist leanings in corporate America have led to where we are now, and there’s no reason to believe that it will change any time soon.