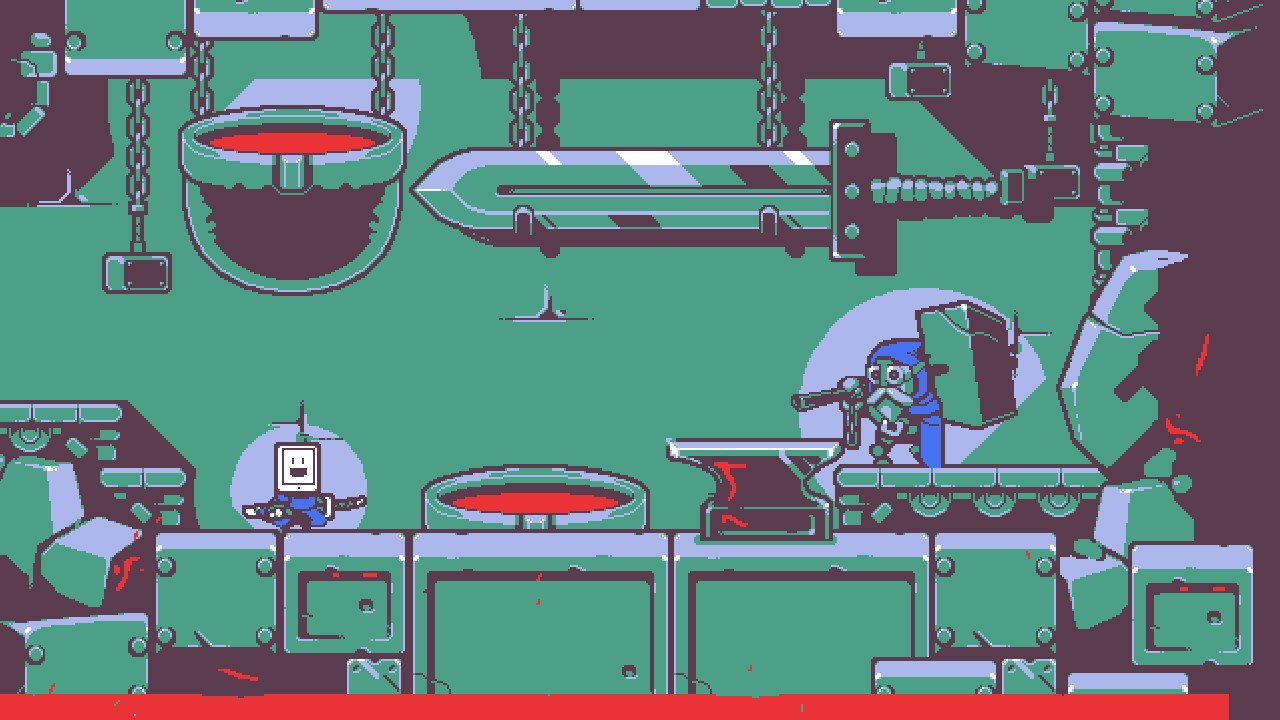 The games market is already a tough one for indie developers--they tend to operate on limited resources, grapple with discoverability, and are particularly susceptible to review bombing, a practice that is becoming more and more common. The latest victim is TurtleBlaze, whose game Kunai went from an average user score 8.1 on Metacritic to 1.7 in just a single day, according to a Gamasutra blog post from programmer Benjamin de Jager. What’s more, the bombing of Kunai appears to have been carried out by a single person rather than a host of ill-meaning gamers.

“This was no coordinated strike by a group of unhappy players wanting to make a statement of any wrongdoing on our side,” de Jager wrote. “Kunai was randomly targeted by a single person claiming to be high and in a state of anger.”

Kunai is not the first game to be hit by this particular bomber. In a since-deleted post on Reddit, they bragged about setting up a host of temporary email accounts in order to drag down Insurgency: Sandstorm’s average user score on Metacritic, a site that lacks any significant security measures to prevent such a thing.

“You see, Metacritic is fucking terrible for user score because they don’t restrict you from making accounts to review bomb,” they explained. “I made like 200 different accounts just to ruin the game’s score.”

That a single user can drag down a game’s average score speaks to Metracritic’s irrelevance, according to Mike Rose, director of indie publisher No More Robots. For his money, Steam is a far more important measure of a game’s popularity.

“It’s a pretty dumb system. Metacritic user reviews mean even less than official Metacritic reviews, quite frankly,” Rose told GameDaily. “I’ve never even taken note of them, and I highly doubt they make any difference to sales, or the game’s online perception. So while it would obviously be lovely if Metacritic did something about it, I would urge developers who are worried about this kinda thing to not worry so much. The only reviews that really matter are Steam user reviews--we’ve seen a direct correlation between our user reviews on Steam, and our long-term sales, but we’ve never seen a correlation between sales and Metacritic user reviews”

While Rose is rather indifferent to any perceived significance of user reviews, the fact remains that they exist, and they have the capability to toy with the livelihood of independent developers. It’s not uncommon to see assertions of “fire user reviews into the sun” from industry professionals ring out across social media, even if there’s an underlying concession that they’re unlikely to go anywhere anytime soon.

Compounding the frustrations of Kunai’s bombing is the fact that it was picked at random by the perpetrator. For Arnaud De Sousa, head of marketing at Kunai publisher Arcade Crew, this sort of aimless animosity reeks of misplaced anger.

"Review bombings are something we see from time to time," De Sousa said in an interview with GamesIndustry.biz. "But usually not on indie games, and usually they have a message behind it. Because developers change something, because the online is really bad --usually there's an agenda behind it. But here it's just a random dude picking a random game to review bomb because they can."

Indie games are especially vulnerable to review bombing because, as smaller games, they tend to have fewer reviews, meaning that it doesn’t take much to drag down its average score. And while Rose doesn’t place much stock in Metacritic reviews, it’s still disheartening for a developer to see such low scores.

“It's really too bad that the only way to give value to the artistic side of the game is a number,: TurtleBlaze producer Bram Stege told GamesIndustry. “I'd rather have it be something else, but right now we don't have anything else but the number. So we were hoping for a high score.”

When asked how Metacritic intends to combat review bombings, a spokesperson told GI.biz that the aggregator does not take such situations lightly:

"Metacritic takes issues of potential score manipulation seriously and has a number of policies in place to maintain score integrity. Moderators regularly review the site and remove any entries that do not fall within our guidelines in addition to a moderation queue where Metacritic users can flag unusual behavior. Moderators then review and remove any entries that violate our terms of service."

Last year, Valve looked to address review bombing on Steam via a handful of tools aimed at identifying off-topic reviews and removing them from the score aggregation. For its part, the Epic Games Store does not include user reviews at all, opting instead for critic review aggregations via OpenCritic.

“User reviews are on our development roadmap,” Epic Games Store manager Steve Allison told GameDaily last month. “We have always said that we are committed to supporting developer opt-in for user reviews and other future store features, and we will share news on our user review system when we are closer launching the feature. Reviews have evolved over the years into many forms, and OpenCritic is the only aggregator that accounts for many of the sites that don't give numeric scores anymore but still recommend games to players.”

While developers and players remain split on the relevance of user scores, there’s no denying that things are tough out there for indie developers. In an age where many small studios struggle to pay rent or mortgages, the threat of review bombing adds yet another layer of uncertainty to working in such a volatile industry. Sympathizing with this is the least we can do as consumers.