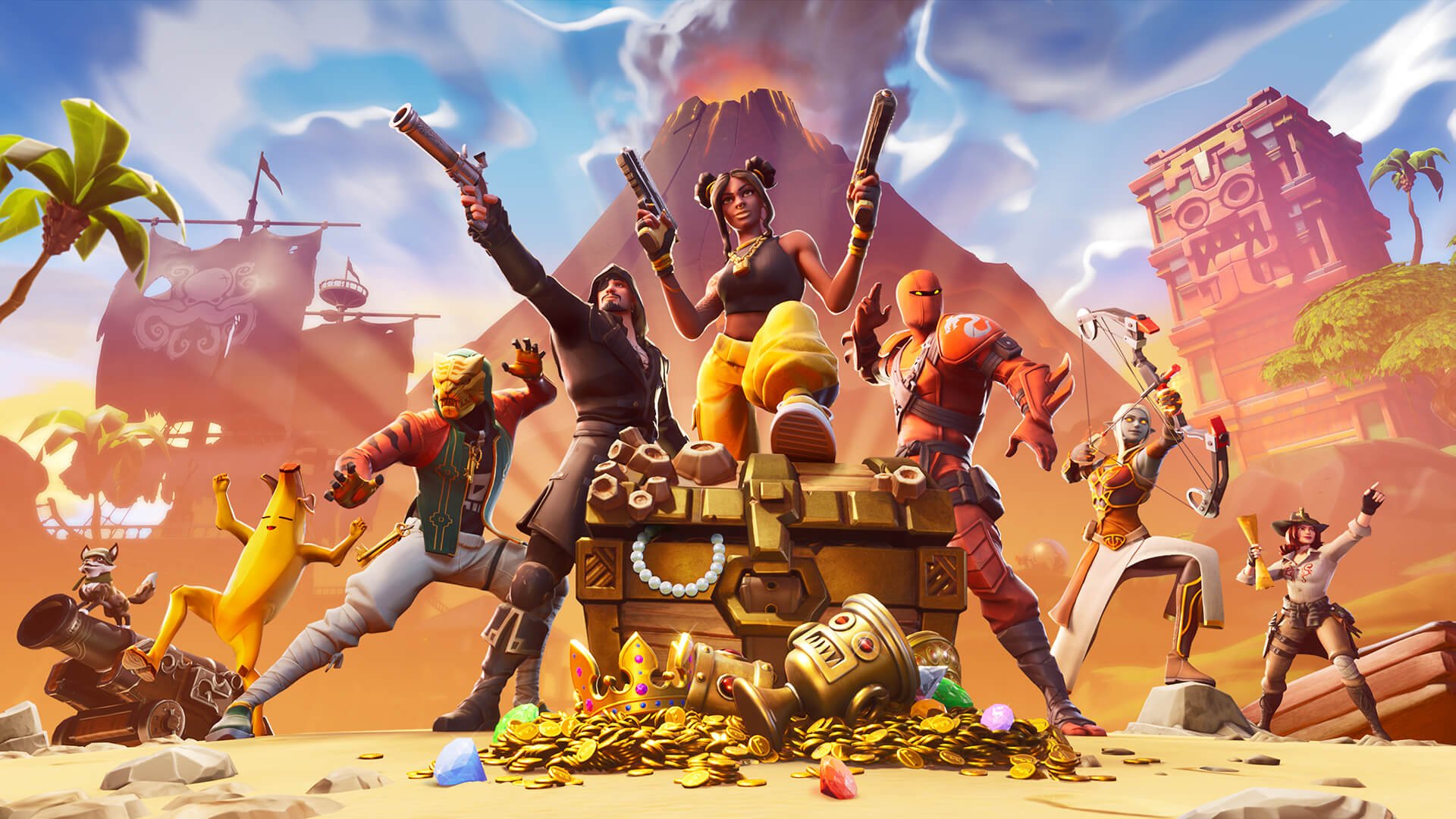 Fortnite has become a cultural phenomenon, inspiring dances and crossover events with mega franchises like Star Wars. Its success has propelled Epic Games CEO Tim Sweeney into the Forbes 400 for the first time with an estimated net worth of $4.5 billion. But exactly how successful the game has truly been is up for debate because Epic Games does not disclose revenues generated. That leaves analyst firms like SuperData Research, owned by Nielsen, to do a fair bit of estimating. And now, Epic Games has publicly slammed SuperData for presenting sales information that is “wildly inaccurate,” according to GamesIndustry.biz.

"SuperData does not and has not ever had access to Epic's Fortnite revenue data, and SuperData's reports do not accurately reflect Fortnite's performance," a spokesperson stated.

"We are disappointed that SuperData has repeatedly published wildly inaccurate reports about Fortnite based on what we believe is questionable methodology. While we do not and have not publicly shared revenue numbers for Fortnite, we will say that SuperData's reports do not align with reality."

While Epic did not specifically cite any one report from SuperData, the research firm did release a worldwide sales report last month that noted Fortnite’s revenue decline while claiming that the game generated $1.8 billion in 2019. It’s not clear how SuperData arrives at its numbers. When contacted for comment by GameDaily, a Nielsen representative replied, “SuperData has been providing transparency for the games industry since 2009. As an independent research firm, we have a proven methodology and validation process that enables us to forecast and provide market intelligence to help our clients make informed business decisions. We stand behind our previously reported numbers for Epic's Fortnite."

GameDaily followed up and asked for a clearer explanation of methodology and we’ve yet to get a response. The SuperData website also states, “Through proprietary data partnerships we collect point-of-sale and event data from publishers, developers, and payment service providers. This allows us to base our analyses on the monthly spending of over 160 million unique, paying digital gamers, worldwide.”

Separately, before this spat with Epic started, GameDaily learned that SuperData CEO Joost van Dreunen left the company about two weeks ago. We’ve confirmed this with a Nielsen rep who simply offered that he’s looking to “pursue other opportunities.” Van Dreunen’s LinkedIn page now states that he’s now an investor and startup advisor at New Breukelen. The timing of his departure with Epic’s public finger wagging is likely coincidental, but if anyone could properly explain SuperData’s methodology, it would be one of the co-founders. GameDaily has reached out but not heard back yet.

That said, GameDaily also spoke, under a condition of anonymity, to several industry veterans, including those with data analysis backgrounds, to get a sense of how others in the business view market intelligence firms like SuperData. Some explained the difficulties (and high cost) of getting accurate title-level sales data on video games, and noted concerns over high margins of error in reporting, while others didn’t hide any skepticism about SuperData’s approach: “Not sure about you, but I don't even understand what they mean on their website. It all sounds like BS to me.”

One veteran source attempted to explain why SuperData might be encountering some difficulties in providing truly accurate data. “What all analysts have to do in order to estimate market performance in segments where public facing data is not available, and where metrics to gauge engagement and spend are... let's call them difficult to track down... relies on a heavy dosage of projection based on whatever data is available, which also requires a multiple number of assumptions to be made,” our source noted.

“The challenge with making so many assumptions is that individual assumption errors stack, which widens the projection range. What results is a number, but one which comes with a measurable range of error, depending on the confidence level. So, if one runs all this math, then at the end there's number X. But really, it's X plus/minus what can be a massive range. Unfortunately, stating that Number X = Truth discounts just how big the existing range of error of that projection is. To be fair, this is really just a stat issue, and one everyone in this business has to manage. But it's also why most folks don't put out specific public numbers based on such heavy projection.”

When reached for comment by GameDaily, an Epic representative noted, “I’ll just reiterate that while we don’t share revenue, their figures are and have been inaccurate. For Fortnite... we have multiple platforms that use our own payments services and we don’t share that. It’s not like they can extrapolate from SteamSpy data or something.”

On the surface, it may look like Epic is trying to invalidate everything that SuperData does, but the fact remains that even last month, Tim Sweeney tweeted a SuperData statistic about Epic Games Store reaching 17% of PC users in its first year. Cynically, you could assume that Epic will highlight the positive data points while calling out the negative ones as inaccurate, but our sources have also told us that even if SuperData’s title-level sales figure is off, directionally the firm is correct about Fortnite’s decline.

No matter which side you fall on, it’s not a good look for the industry when the company behind a major game engine and one of the biggest games of the last few years is publicly shaming a market intelligence firm, just as the optics around Frank Gibeau calling The NPD Group “totally irrelevant” back in 2012 were not pretty. Both incidents speak to the larger problem of data transparency in the games business and the utter paucity of publicly available game sales data.

The shift to digital storefronts has only compounded the issue, making it harder to track sales, which is why companies like SuperData and Sensor Tower sprouted in the first place. It took NPD years to build up its own digital panel of participating publishers because so many companies in this industry are reticent to share their sales information. Meanwhile, I can point my browser to Box Office Mojo and look up the receipts of most recent movies. This simply does not exist in games, mostly because the publishers don’t want it to.

Christopher Dring, Publisher of GI.biz, probably said it best on Twitter today: “...if the games industry is unhappy with analysts giving inaccurate numbers... how about giving out some accurate ones instead. It's the outdated, closed-off secrecy of games publishers that's given rise to these data firms.”

This is something that the ESA even acknowledged seven years ago, calling for better digital sales transparency. ESA’s president at the time, Michael Gallagher, commented, "It's something we have got to get right. There are other industries that do this well, and they enjoy the upside and the downside of having truthful numbers...I think the industry's better off if there's a standardized reporting mechanism that is seen as whole, and complete, and truthful."

Yet, here we are in 2020, and this is still a problem that plagues the games business. One UK publisher told Gamasutra in 2016, “I fear that the industry will never universally accept a way of sharing official data.”

GameDaily has asked Epic what its stance is on sales transparency, but the only thing we’ve heard so far is that the company just doesn’t share its revenue figures. To be clear, as a private company, unlike EA or Activision, Epic does not have to share anything about its business. But that attitude leaves journalists no choice -- we rely on crumbs of information that Epic releases or data that might be questionable from market intelligence firms.

SuperData and the like may not get it right all the time, but at the end of the day, we have to ask ourselves: Is (sometimes) flawed data better than no data at all?