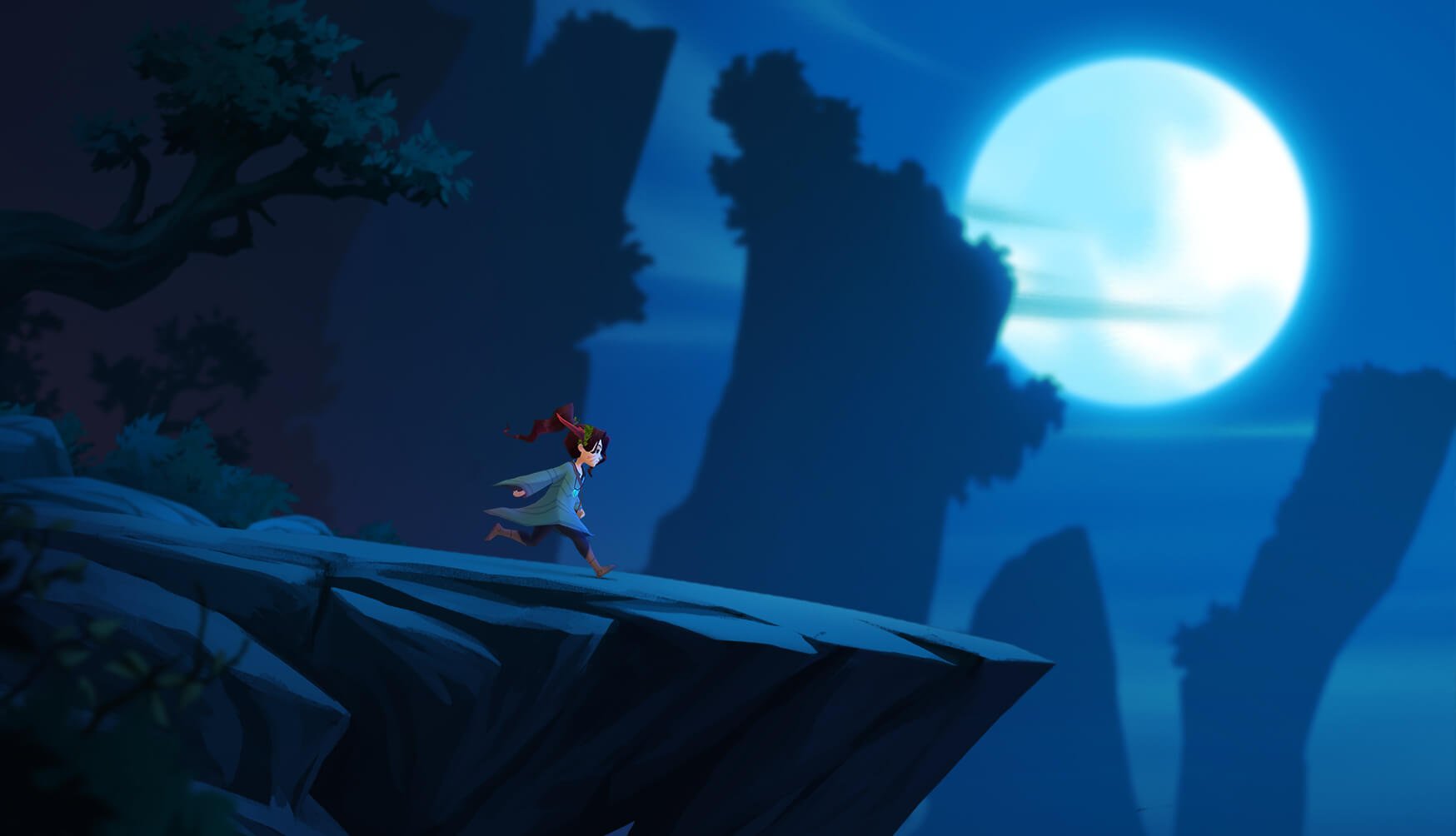 Google’s Stadia gaming platform has gotten off to a rather challenging start. The cloud service’s three months on the market have been characterized by a supposed underdelivery on some ambitious promises, and many analysts have called Stadia’s portfolio of games lackluster. It appears that Google has scored itself a win on that front, however, as it was announced last week that Modus Games will be launching an upcoming indie title first on Stadia.

Developed by Sketchbook Games and Fourth State, Lost Words: Beyond the Page is a narrative-driven 2D adventure game written by storytelling heavy-hitter Rhianna Pratchett. It’s scheduled for a March 27th release, and will remain a Stadia exclusive for the ensuing 12 months, when it will make its way to other systems, according to VentureBeat.

“Modus aims to provide indie games with the AAA-level publishing services they deserve,” Modus Games’ executive vice president Shane Bierwith told GameDaily. “One of our unique strengths as a publisher in the indie space is that we have a large global infrastructure with the ability to simultaneously launch on all new and existing platforms. Launching on more platforms creates larger reach, and more opportunities for marketing. Stadia has been a fantastic partner, and has worked with us every step of the way to ensure that our games receive global awareness.”

The exclusivity deal raises questions about the viability of Stadia as a platform for indie developers, which could be a potential avenue of pursuit for Google. One look at the eShop on Nintendo Switch shows how important an indie ecosystem can be to bolstering a system’s portfolio, especially in the early days of a platform’s lifecycle.

“I don’t claim to know what Stadia’s content strategy is, but from my perspective it seems they’re focused on releasing high-quality games that will grow their user base, regardless of the scope or genre,” Bierwith explained. “Since Modus’ portfolio consists of award-winning ‘triple-I’ games, we were a natural fit for their platform. In general, I believe new platforms are good for the industry. Competition creates innovation, and new platforms provide additional streams of revenue for developers and publishers.”

Last month, Google released its outlook for Stadia for 2020. The company claims to have 120 games slated for release on the platform this year, but that number is a non-starter for some analysts.

“I think now Google Stadia is just sad,” DFC Intelligence analyst David Cold told GameDaily at the time. “If you look at Nvidia post-CES their stock is way up. They have a much more serious competitive offer to Stadia on cloud gaming. It just doesn't get the attention because the name is not Google. They mention 10 timed exclusives without giving a name or any other info. In my mind this is no[t] news. The only news is how much attention the media gives Stadia versus its much stronger competition.”

Regarding the relative lack of content on Stadia, some developers cite a lack of incentive to appear on the platform, according to Business Insider.

"We were approached by the Stadia team. Usually with that kind of thing, they lead with some kind of offer that would give you an incentive to go with them. But the incentive was kind of non-existent. That's the short of it," an anonymous dev told Business Insider.

"It's that there isn't enough money there," another publisher said. “So low that it wasn't even part of the conversation."

That’s not to say that all indies are ignoring Stadia; a few publishers and developers have signed deals to make their games available on the platform. In fact, four games from developer Image & Form’s Steamworld series are coming to Stadia, and Tequila Works’ Gyltwas built from the ground up as an exclusive. This illustrates that there exists indie support for Stadia, even if it’s not substantial just yet.

The resulting discussion has many questioning the longevity of Stadia. A platform needs content to survive, and Stadia is rather lacking in that regard. 120 games sounds impressive, but this is a fraction of what’s released every month on Steam. Also, Google needs to incentivize users to play on its platform, which it largely has not done. It will be interesting to track Stadia’s performance throughout 2020 and see if it can live up to expectations, particularly as much of the industry shifts focus to the Xbox Series X and PS5 next holiday season.