Call of Duty: Warzone breaks into the battle royale market 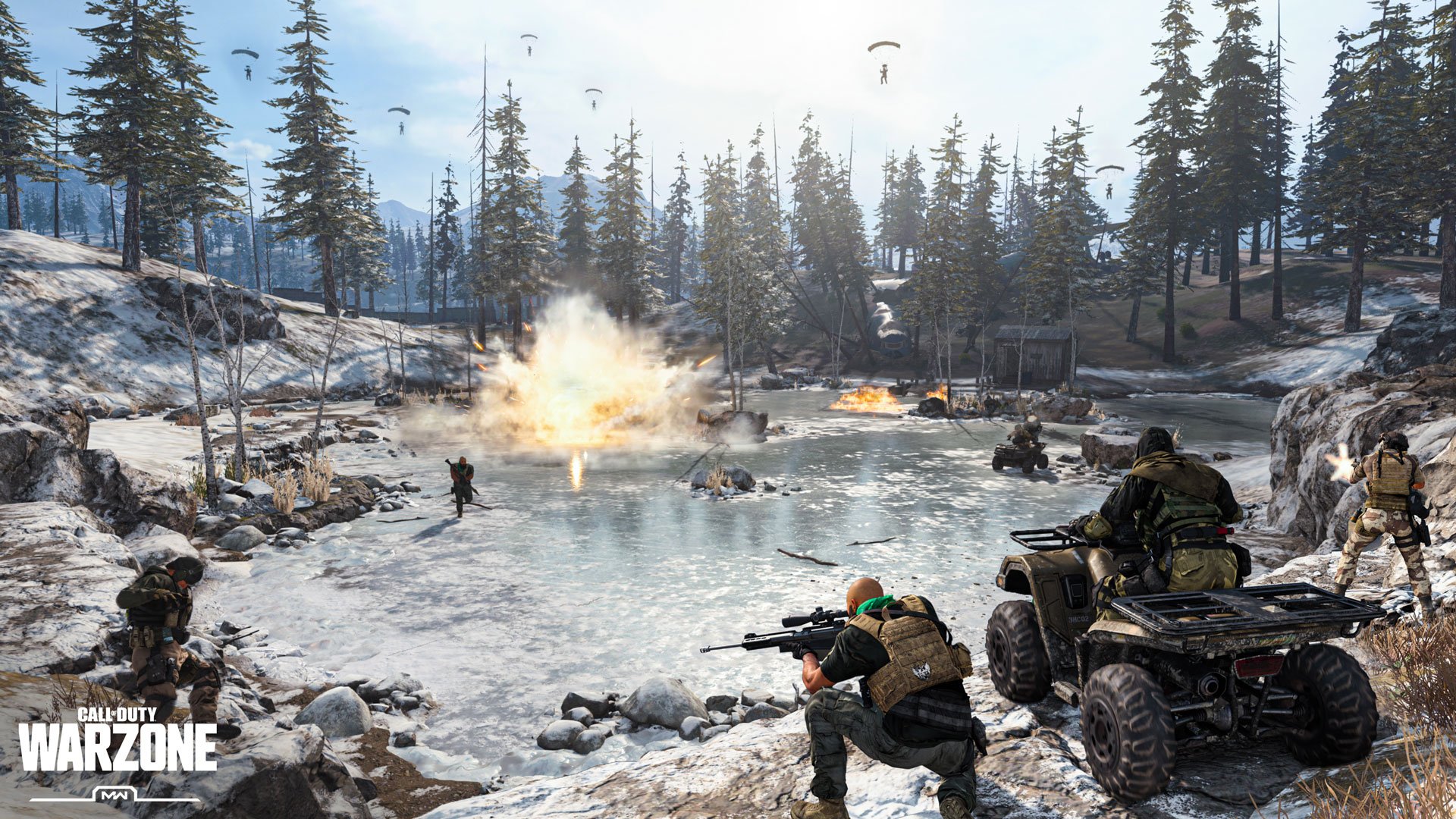 (Update 3/20/2020) Activision has released another data point for Call of Duty: Warzone, revealing that the free-to-play battle royale has now reached 30 million players to date.

(Update 3/16/2020) Call of Duty: Warzone has continued its red hot start this week, as Activision today confirmed that the free-to-play battle royale title has amassed more than 15 million players over the course of just four days. Retention will be key, but it's an incredible beginning for Warzone. For context, EA, which had a similar surprise launch with Respawn's Apex Legends, saw that battle royale title hit 1 million players in just 8 hours. Apex Legends went on to hit 50 million players in its first month.

(Update 3/12/2020) Activision has announced on Twitter today that more than 6 million people have played Warzone in the game's first 24 hours. It's a good start, but as a free-to-play game, we won't truly know how successful this new Call of Duty is for some time, until monetization is tracked.

The battle royale arena got a significant shakeup this week thanks to the launch of Call of Duty: Warzone. It’s a new free-to-play entry in a market worth an estimated $5 billion, according to analyst firm DFC Intelligence, and hopes to go toe-to-toe with some heavy competition. Fortnite, PUBG, and Apex Legends have popularized the genre to the point that nearly half of all U.S. gamers play some sort of battle royale game regularly.

Warzone hopes to gain a following by offering a few new takes on the genre, like 150-player matches, and the ability to earn a second chance if you get knocked out wrapped in the classic CoD gameplay players have come to expect from the series.

While there exists no shortage of would-be competitors in the battle royale market, Warzone bears the Call of Duty name, making it an instant challenger in the space. For Katie Williams, insights strategist at the mobile-focused analyst group Sensor Tower, this gives the game a huge advantage right out of the gate.

“Warzone certainly has potential, especially given that it's bringing together two big trends we've seen in the gaming industry: the battle royale genre, and the hugely popular Call of Duty property,” Williams told GameDaily. “A Sensor Tower analysis in December revealed that Call of Duty: Mobile generated 100 million downloads in its first week alone.”

This isn’t Call of Duty’s first go at battle royale; Warzone looks to be iterating on Blackout, which came with 2018’s Black Ops 4. Warzone is tied to last year’s hugely successfulModern Warfare, and character progression and in-game purchases made in that game can carry over. This, Williams said, is a strategy aimed at expanding Call of Duty’s already substantial player base.

“It looks like Activision's already learned from Call of Duty's first attempt at battle royale by turning Warzone into a standalone, free-to-play experience,” Williams said. “But by tying in-game progress, in-game purchases, and its battle pass to Call of Duty: Modern Warfare, it also taps into an existing market that's proven itself through more than $1 billion in player spending.”

The perennial popularity of the CoD property was one of the biggest takeaways from January’s games of the decade report from analyst firm NPD Group; of the 15 best-selling games of the last 10 years, half of them were Call of Duty games.

For Carter Rogers, principal analyst at SuperData, this popularity in itself is likely to be Warzone’s most substantial obstacle.

“Call of Duty itself is the biggest hurdle to this game being a success,” Rogers told GameDaily. “Assuming Warzone acts as a separate game from the annual premium-priced Call of Duty franchise going forward, there is a risk of cannibalization. Some players may stick with Warzone instead of purchasing a new Call of Duty title.

“Additionally, the developers will have to show they can keep the game fresh and address technical issues with frequent updates,” he continued. “Fortnite has changed what players expect in terms of the pace and scope of content updates, and Apex Legends temporarily suffered from what was perceived as a slow update schedule.”

According to Rogers, Warzone’s impact will be felt more in Fortnite and Apex Legends rather than PUBG. User numbers in the latter, he said, have been in constant decline since 2018, and the players who have stuck with it at this point likely prefer its slower, more tactical gameplay over the fast-paced CoD style.

“The game will probably affect Fortnite and Apex Legends more directly,” Rogers said. “Fortnite players who might want a more mature alternative could gravitate to this. Warzone has lots of potential to appeal to Apex Legends players. Both games are free-to-play and are more ‘grounded’ than Fortnite, but faster-paced than PUBG. Warzone also has a major differentiator because, unlike Apex Legends, it currently supports cross-platform multiplayer.”

Also noteworthy is the fact that Activision took a note from the EA playbook by stealth launching Warzone; outside of a handful of leaks, there was little that pointed to its existence. By launching just a day after announcing the game, Warzone is primed to take advantage of peak hype levels.

There’s no denying that there exists a place in the battle royale arena for Warzone, even if Activision has to carve it out by way of Call of Duty’s unprecedented popularity. Monetization will be an important gauge to its success, and it will be interesting to see how Warzone adapts to an incredibly lucrative free-to-play market.