Nintendo teams up with Lego for new Super Mario toys 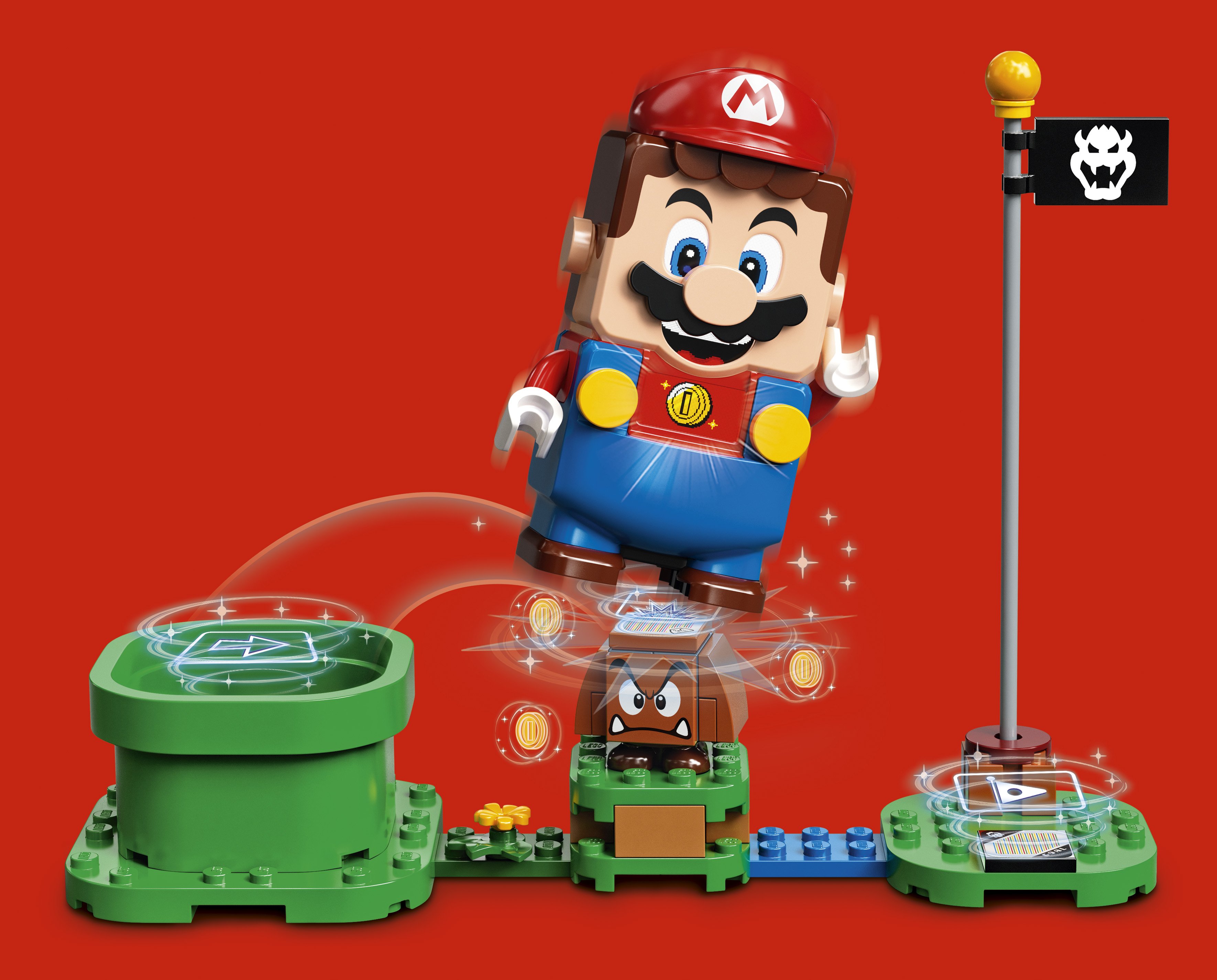 Few entertainment franchises have managed to maintain true cross-generational appeal. Star Wars and other Disney properties come to mind, but in the world of video games, Nintendo’s Italian plumber stands the test of time. The Super Mario franchise has sold through a staggering 600 million units in its lifetime, since its debut on the NES in 1985, and the franchise is worth an estimated $36 billion. In the current console generation, a variety of Mario games rank among the top sellers on Switch, combining for more than 54 million software units sold.

Today, Nintendo and Lego Group jointly announced a new product line that could give a boost to both businesses. The official Lego Super Mario toys will launch later this year and are described as “neither a video game nor a traditional Lego brick-based set,” but a toy line that offers kids (and let’s be honest, adult Mario fans too) an interactive Lego-themed Mario character who collects coins in real-life game levels created with Lego bricks.

“The new line will let kids experience the playful world of Super Mario like never before. Super Mario will be brought to life in the physical Lego world and new levels of challenge and styles of play will be part of the iconic Lego experience enjoyed by generations,” the companies stated.

The Lego version of Mario appears to have screens built into his eyes and chest to display emotional reactions to the real-world play and to make it clear to the user when coins are being collected. It’s an interesting mash up between physical and digital play, and it’s not clear at this point if it’ll have future connectivity with mobile devices or the Switch itself.

“We are very excited to bring Mario into the physical world through interactive and social Lego play,” said Julia Goldin, Chief Marketing Officer, EVP of the Lego Group. “With this experience we will help millions of kids with love for Mario to engage and play in a completely new way, where they are in control of creating and playing games with their favorite character. By seamlessly incorporating the latest digital technology, Lego Super Mario is a highly social, interactive and collaborative experience for kids."

Nintendo and Mario creator Shigeru Miyamoto have always embraced creativity and family-friendly play, so the new Lego partnership seems like a natural fit.

Takashi Tezuka, Executive Officer and Game Producer at Nintendo, who’s directed or produced numerous Mario titles added, “I have always liked Lego products and how they help children use their imagination to play. The new product we created together with the Lego Group seeks to combine two different styles of play – one where you freely build the world of Mario and the other where you play with Mario in the very world that you have created.”

Lego has been active in the video game space for many years now, primarily in partnership with Warner Bros. subsidiary TT Games. Whether or not this new Nintendo relationship leads to an actual Lego Mario video game remains to be seen, but Nintendo has shown that it’s not afraid to partner with other studios if the properties align, as we saw with Ubisoft’s Mario + Rabbids Kingdom Battle. GameDaily did reach out to Lego to inquire, but we’ve yet to receive a response.

Even if a video game doesn’t materialize, the new Lego Super Mario toys are well positioned to boost the fortunes of both Lego and Nintendo. The brands seem to go together like peanut butter and chocolate.

The NPD Group’s U.S. toys industry analyst, Juli Lennett, said she loves the collaboration, calling it a “win, win, win” for Nintendo, Lego, and kids. “It will most certainly have a positive impact when it launches because it is new and will likely perform above average for a new toy line,” she told GameDaily. “In 2019, Building Sets outperformed the total toy industry. The total toy industry declined four percent while the Building Sets supercategory declined only 1%.

“Lego Movie, Lego Spider-Man and Lego Disney Frozen were all top dollar growth contributors while Lego City and Lego Star Wars were the largest properties. Notably, both top groups were driven by movies. Content in general has been a strong driver of growth in the toy industry—I would put Mario in that bucket.”

NPD video game industry analyst Mat Piscatella added that this partnership could widen the appeal to both Lego fans and Mario fans. “Mario is one of the most popular and recognizable figures in all entertainment. A partnership between Nintendo and Lego has significant sales and brand broadening potential,” he told us. “Of course, this isn't the first time a video game IP has had building sets in the market. However, this certainly appears to be the most innovative approach yet. It's very easy to look at just the introductory marketing materials to see the immediate appeal of the Lego initiative to both video game players as well as Lego fans.”

The marketing opportunity for Nintendo to introduce Mario to a new generation of kids who are already hooked on Lego sets seems like a no-brainer. Conversely, Lego has a chance to bring young gamers who maybe don’t play with physical toys as much as previous generations into their block building ecosystem. That said, for the Lego Group, the company has previously stressed to GameDaily that it simply doesn’t view its product lines, including its Lego video games, as marketing materials.

"We start from the position of: any game we release should adhere to the same standards of quality as any physical product we would proudly put in a box and on a shelf at retail,” Sean McEvoy, VP of Lego Games, told us last year. “Our games need to stand alone as great products in their own right, and express Lego values of creativity, fun, humor and even learning through play."

For Nintendo, the Lego partnership is another example of the Japanese company branching out to leverage its IP. Whether through mobile gaming, merchandising, or theme parks, Nintendo management has become far more open to leveraging the strength of its franchises.

“This appears to be one of a series of extensions for Nintendo... for example, a couple of days ago the Levis-Nintendo partnership was rolled out. The Lego partnership may not be the last big extension we hear about,” Piscatella observed.

In January, Miyamoto made it clear to investors that Nintendo has indeed embraced a policy shift of sorts. “We have always protected our many characters like Mario that we created for games in order not to take away the freedom of game development,” he said according to the Financial Times. “We’re taking that framework away so that many more customers can interact with our characters.”

David Gibson, an analyst at Tokyo-based Astris Advisory, remarked that Nintendo’s decision to unlock its treasure trove of IP would pay dividends in the long run. “It’s been a very long time coming, but this shift by Nintendo in the way that the company thinks about its IP and the value that it has locked up in that is going to be big for the company and, longer term, big for the way the stock is viewed by the market.” he told the Financial Times.

Nintendo’s long history began as a playing cards company. In the ‘60s and ‘70s, the firm made several toys, and to this day, some have likened the House of Mario’s approach to that of a toy maker rather than a video game console manufacturer. The Lego deal is a no-brainer, and we won’t be surprised if more partnerships like this come about in the near future. After all, dynasties are built brick-by-brick.