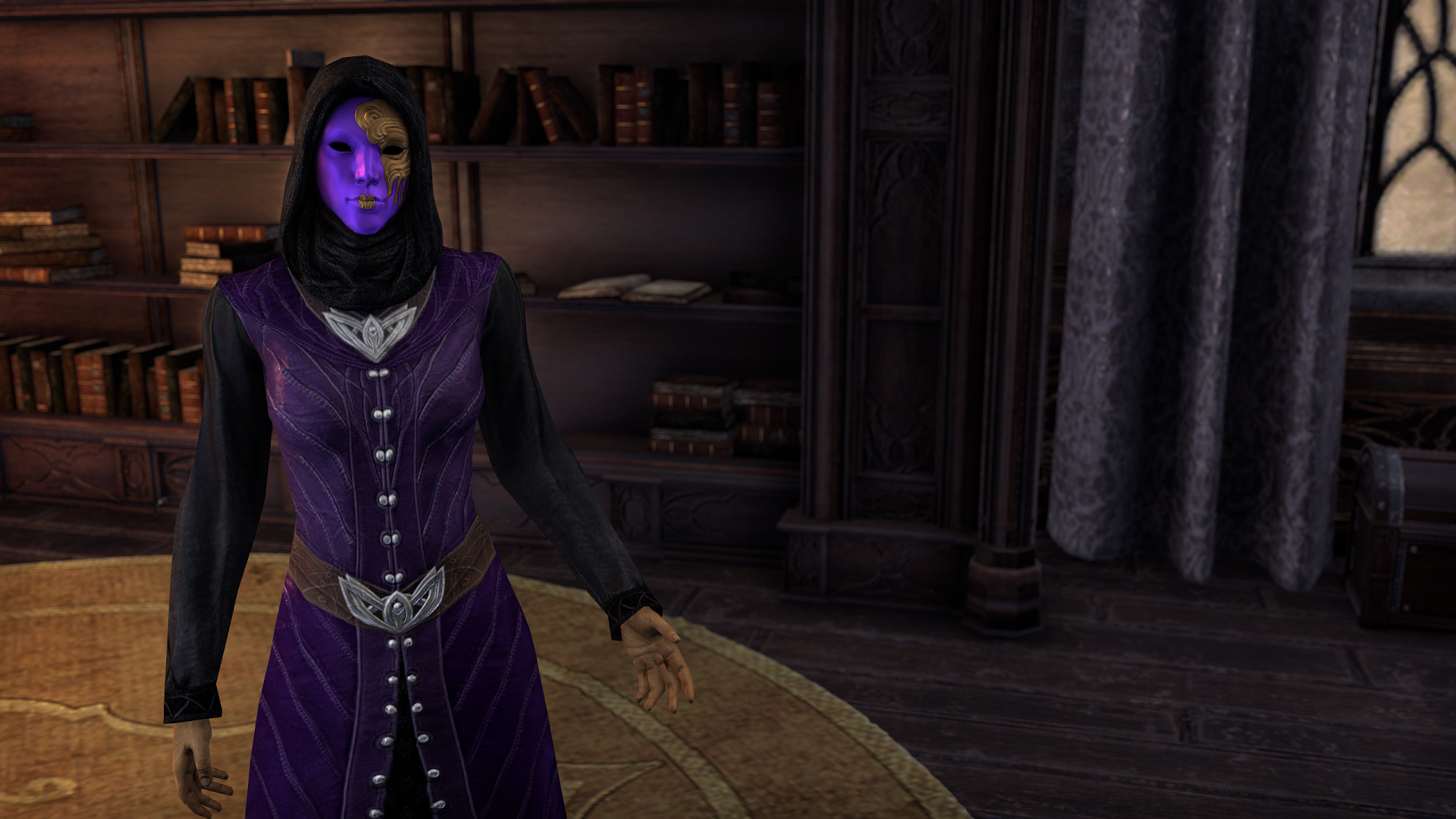 Historically, LGBTQ+ representation in games has been less than ideal, with gay and trans characters often falling victim to a number of disrespectful tropes and stereotypes. In a presentation for the all-digitalGame Developers Conference, game writer and narrative designer Tori Schafer reflected on her personal efforts to more positively represent the community, and offered a few suggestions for how the industry as a whole can do better in this regard.

Schafer, a writer and designer at Proletariat, is part of the team behind Spellbreak, a fantasy battle royale that is currently in closed beta. In the past, she was a narrative designer for The Elder Scrolls Online where she helped craft the Manor of Masques questline for the Summerset expansion. In 2019, Manor of Masques nabbed ESO the first ever Outstanding Video Game award from GLAAD.

For Schafer, there are four pillars that prop up good LGBTQ representation in video games: realism, being considerate of a person’s identity, explicitly stating a character’s identity, and making sure a narrative is respectful of that identity.

“The narrative should not punish a character because of their identity, even if the society that character is a part of does,” Schafer said. “How you represent that person, how you present them in the game can really define if something is considerate or not… How is the narrative treating the character? What is the message the narrative is giving to the player about this character and their identity?”

Schafer said that creators need to be mindful of the past struggles experienced by the LGBTQ community so that they do not inadvertently reinforce harmful tropes and characterization. It’s also important to allow the character themself--not someone else--to reveal their orientation or gender identity. Allow the character to speak on their own terms, and do not take characterization out of their hands, she explained.

As an example, Schafer pointed to the Manor of Masques questline. It revolves around a character named Rinyde, who tasks the player with searching for her twin brother Larydel who has forsaken his family’s penchant for magic to join an acting troupe. Unbeknownst to Rinyde, though, is that her brother is now Alchemy, a transgender woman.

Schafer pointed out that queer and trans characters were built into the world of The Elder Scrolls Online from the start, and that they are largely accepted by the game’s society.

“There’s a variety of LGBT-plus characters in Elder Scrolls Online...which is why I was really excited when I got the opportunity to work on the quest involving the character Alchemy,” Schafer noted.

For Schafer, it was paramount to ensure that the presentation of the character Alchemy adhered to her four pillars of respectful representation. To that end, she made sure that Alchemy was a realistic and “fully fleshed out character with her own hopes and dreams.”

The quest does see Alchemy hiding her identity from her sister, but not because of concerns regarding gender or sexual orientation. Rather, Alchemy is concerned that Rinyde will be disappointed that she has chosen a life of acting rather than that of a mage. In this way, the conflict is tied to factors other than the gender identity of Alchemy. This, Schafer said, is an important consideration to make when designing an LGBTQ+ character. Because of the careful consideration Alchemy was given, Summerset and The Elder Scrolls Online earned the GLAAD award.

That’s not to say that there weren’t problems with Manor of Masques. Schafer pointed out a number of things the narrative team could have done better, such as including more than a single LGBTQ character.

“At the point of this quest, Alchemy was the only transgender woman in the game,” Schafer said. “[This] creates much higher stakes, is a less realistic portrayal of the many facets of transgender people. The more representation you have, the more rounded your representation is.”

In the second half of the talk, Schafer talked about Backbone, an adventure game from developer EggNut where Schafer also used to work. In the fictionalized society of Backbone, the general populace is deeply homophobic. As a result of discrimination, the character of Sophia has been forced into homelessness, which is a very real problem faced by homosexuals even in developed countries.

“Sophia is a lesbian NPC who has been rejected by her society and her family, and forced into homelessness,” Schafer said. “Thinking about my four pillars, is this realistic? Unfortunately, yes. Sophia has a developed personality and opinions--we made sure that she was a fully fleshed out character. Her lack of status as a homeless individual allows her to speak openly about her sexuality to the player character.”

Schafer made sure that Sophia was a sympathetic character, and a victim of the in-game society rather than the narrative. She wanted to allow a member of the LGBTQ+ community to speak about society’s discrimination against them instead of another character. Taking agency away from LGBTQ characters is a pitfall that many writers have fallen into, and results in a less realistic characterization awash in harmful tropes.

When it comes to queer and trans representation in games, Schafer said adhering to her four major pillars of characterization can help avoid harmful characterizations. There are also a number of methods outside of narrative design that can assist in this regard. Hiring for diversity, for example, gives dev teams access to invaluable points of view and life experiences. Making sure that marginalized voices have a strong presence in marketing materials and social media outreach can also help. Additionally, there are several consulting groups with expertise in inclusion, such as GLAAD, GaymerX, and Queerly Represent Me.

Schafer’s talk was enlightening and informative. It’s also an important watch for anyone interested in learning more about LGBTQ representation in video games. While there is still a long way to go to normalize homosexuality and transgender identity within the medium, with advocates like Schafer working in the business the future looks bright.