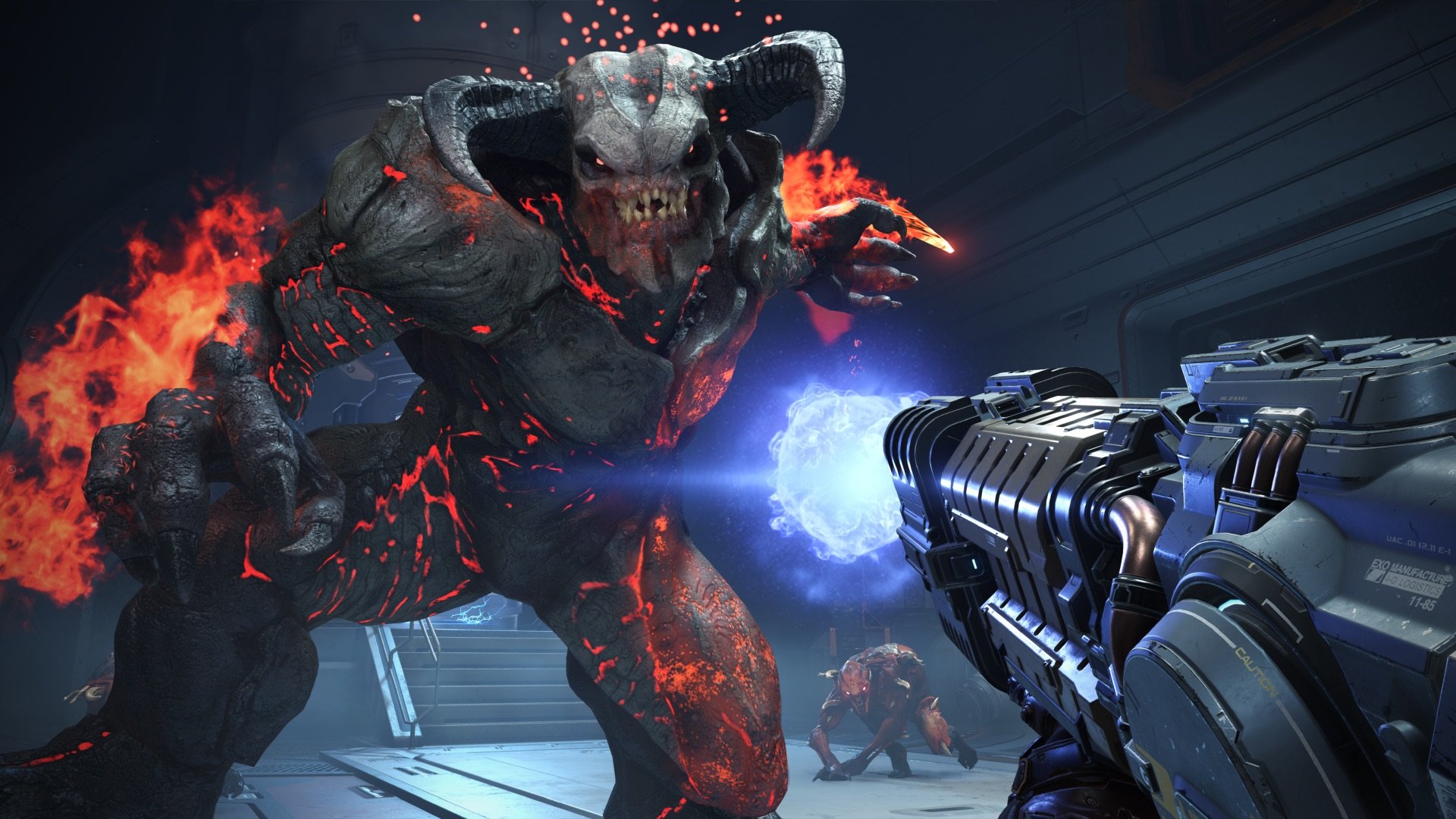 This month, a pair of highly anticipated games released into an unprecedented environment. Both Doom Eternal and Animal Crossing: New Horizons have come as the coronavirus pandemic sweeps the globe, and more people are turning to gaming as a method of coping with shelter-in-place policies. As a result, both titles have outperformed expectations if reports are to be believed.

According to a press release from Bethesda Softworks, Doom Eternal has broken sales records for the franchise. While no hard numbers were revealed, the announcement said that the game saw more than 100,000 concurrent players on Steam during its launch week. It also doubled the launch revenue of 2016’s Doom.

“We want to thank our millions of fans for their enthusiastic support of this amazing title,” Ron Seger, senior vice president of global sales at Bethesda, said in a statement. “Despite thousands of retail stores closing, we are pleased so many fans have been able to enjoy Doom Eternal.”

Critical consensus on Doom Eternal has been hugely positive, with reviewers praising the game’s fast-paced gunplay and creative enemy design.

“Doom Eternal is incredible,” Kotaku’s Heather Alexandra said in the outlet’s review. “It is a hellaciously bold step forward from the soft-rebooted series that will satisfy even the stodgiest of old school Doom fans. If you want to rip and tear, there’s arguably no better place than Doom Eternal.”

For its part, Animal Crossing: New Horizons has also broken franchise records. In the UK, it sold more copies in its first week than the launch sales of all previous Animal Crossing games combined. Additionally, New Horizons is the single biggest game launch on the Switch right behind Pokemon Sword and Shield.

In Japan, New Horizons set a record for the biggest Switch launch ever, according to Gamasutra and Gemastu. Interestingly, both the UK and Japanese reports only account for physical sales, not digital downloads, which are likely to be higher than normal as consumers are forced to self-isolate against COVID-19.

Earlier this week, SuperData reported that global digital games spending reached $9.2 billion last month. That figure did not account for quarantine procedures, which began in earnest in March. Likely, this will result in the skyrocketing of digital sales. Expect both Animal Crossing and Doom Eternal sales numbers to climb in the coming weeks.

In our review roundup, we noted that critics almost universally agreed that New Horizons is the exact game that we need right now--an escape from a pandemic-ravaged world awash in political and economic catastrophe into a calm, idyllic island life.

“If ever there were a time to hop on a plane and kick it on a deserted island for a few months, it’s right now,” Polygon’s Russ Frushtick wrote in the site’s review. “But that’s not really an option for most of us. Maybe this is why so many people have been looking forward to the newest Animal Crossing game, seeing it as a viable vacation simulation in the face of self-imposed isolation.”

Gaming is going to continue to be an important part of many routines as we continue to brace against COVID-19. Doom Eternal and Animal Crossing: New Horizons are the first major releases to test the waters of a quarantined consumer market, and they appear to have found success. In the coming months, it will be interesting to see how other big titles fare. It’s likely that Final Fantasy VII Remake and The Last of Us Part II will be releasing into a similar environment.