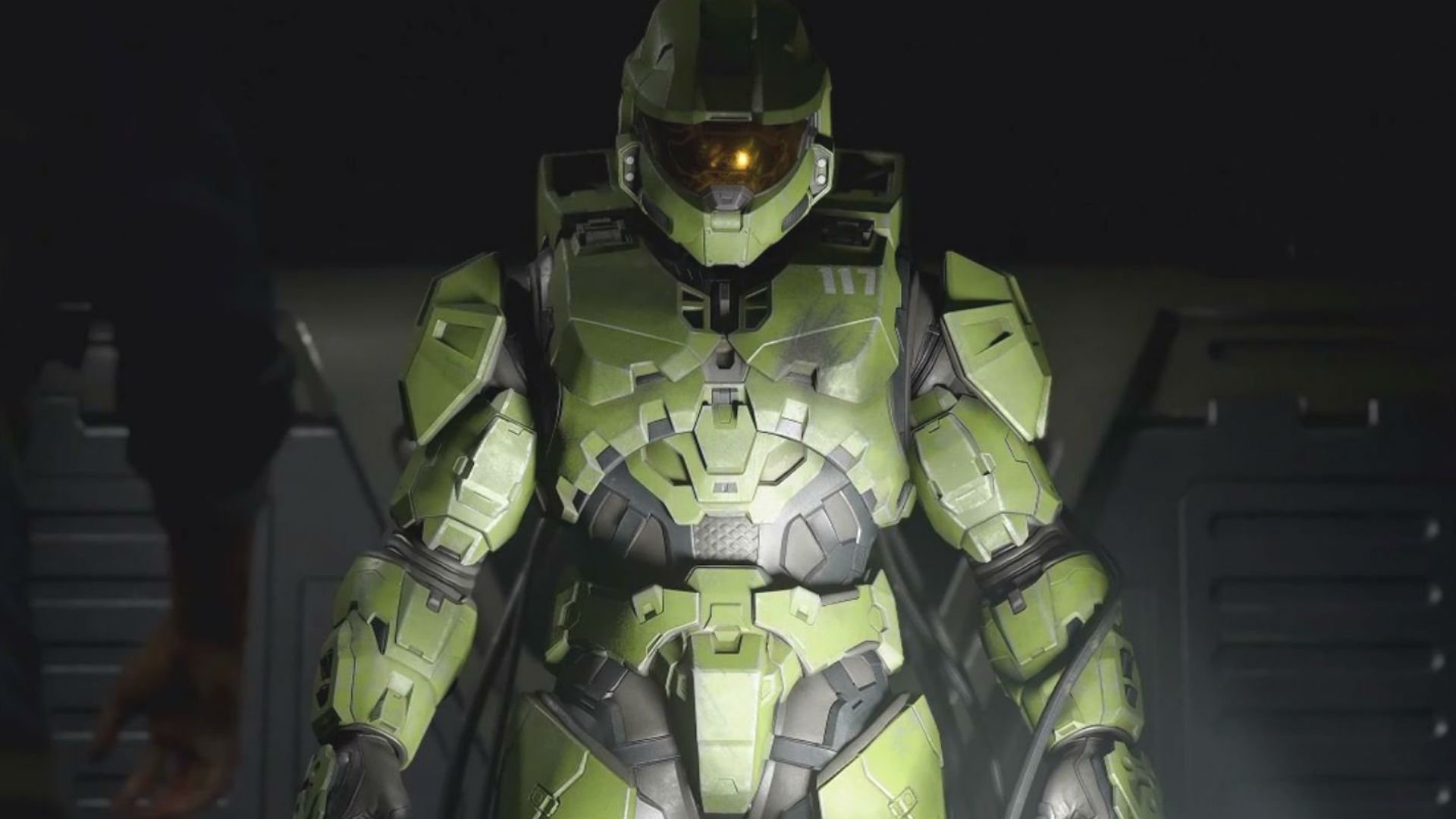 Halo, for many of us, represented the pinnacle of first-person shooter design on a console. And crucially, it put Xbox on the map. Nearly two decades later, and with Bungie having long since moved on from the franchise, the Xbox team is looking to once again demonstrate what Halo can do for a brand-new console, as Halo Infinite is poised to be the tentpole launch title for Xbox Series X this holiday season.

343 Industries has already proven itself as a steward of the Halo franchise under Bonnie Ross’ leadership, but with a project as large as Halo Infinite, 343 wisely partnered with Vancouver-based studio SkyBox Labs as co-developer. SkyBox, much like fellow Canadian studio Behaviour Interactive, has made a living on co-development and work-for-hire projects, having contributed to numerous Age of Empires and Minecraft editions, as well as Halo 5. Clearly, Microsoft has a ton of faith in SkyBox, and according to SkyBox Labs co-founder Shyang Kong, the team working on Infinite is practically enmeshed with 343.

“We're fortunate that 343 Industries has been a really excellent partner to work with,” he told GameDaily. “One of the keys to a successful co-development relationship is establishing trust and open honest communication between the parties. We’re happy to say that this is the case with 343 Industries and SkyBox Labs, and as a result we're involved in almost all aspects of developing Halo Infinite. For example, we're heavily involved in graphics systems and features, and also a wide variety of gameplay and systems programming. On top of that, we've been lucky enough to be able to help with art and game design as well.

“At this point, our team members are well integrated into 343 Industries' own organization - we essentially function as team members on their teams.”

Kong pointed us to a video from XDS 2019 where David Hiscock from SkyBox Labs and Casey Wu from 343 Industries talked about the tight relationship the studios have. Both teams are, of course, eager to show off the next chapter in Master Chief’s long-running saga. We asked Kong if he could share some details about what makes the new Halo and Series X special, but he was a bit reticent at this point in time.

He commented, “The Xbox Series X makes us very excited about the future of gaming. From a standpoint of us just being gamers ourselves, some of the recently announced hardware details, and features like Quick Resume, have us counting the days until launch.”

You would think that working on big franchises like Halo would leave little time for other projects, but SkyBox also recently launched its atmospheric platformer Stela on Steam and Nintendo Switch following a debut on Apple Arcade and Xbox One last October. The game is only SkyBox’s second original IP since the studio was founded in 2011 -- Tastee: Lethal Tactics was released in 2016. Stela has received generally favorable reviews and is a prime example of the type of quality content subscribers to Apple Arcade can expect. For SkyBox, having a very careful, balanced approach to both original IP and co-dev projects is what’s allowed the studio to grow from just eight employees to more than 200 today.

“There are so many factors to consider when incubating and creating new IP, and when we think about the planning of this, there's a holistic view that we take at our studio,” explained Kong. “It's important that we look at the timing, the staffing, the concept - all those things (and more) have many layers to it and each layer has its own challenges and opportunities that we have to work through.

“No matter what stage we're at with our studio, we have to take a measured approach to any project - whether it's new IP or co-development, or work-for-hire. With any partner project that we get involved with, co-dev or work-for-hire, we want to be confident that we can deliver. For new IP, we have the same mindset, and take a similar approach.”

Kong said that what’s allowed SkyBox to grow and tackle multiple projects is simply putting faith in each and every hire that they make. Scaling up too quickly can be extremely dangerous for a studio, but it’s clear that SkyBox has been measured in its approach.

“We...have grown to an amazing team of over 200 engineers, designers, artists, producers and more. It's true that scaling is one of the riskier parts of operating any business, but our strategy has always been to hire great people. When you can trust that all of the members of your team are doing an exceptional job, well that alleviates some of the risk and stress that can come with scaling,” Kong noted.

“Part of our philosophy as well is to empower our team to keep the culture and evolve it as we grow. People generally know what's right, what's wrong, what can be improved, and if we approach each other with respect and openness, it creates a better environment to have conversations on keeping what works well, and identify things to improve.”

Mutual respect among staff and transparency has been critical to how SkyBox operates. In fact, SkyBox has embraced a flat structure at the studio, which has served it well over these last nine years. This is something that Valve head Gabe Newell has talked about before as well, after an employee handbook was leaked in 2012. In 2015, Newell commented that a flat structure can boost a studio’s fortunes by eliminating "perverse incentives" that form within hierarchical structures. That said, some ex-Valve staff have spoken up against the “flat” perception, commenting that the no-boss culture is a “facade” that leads to a culture of favoritism.

Naturally, Kong cannot speak to Valve’s specific structure, but for his teams, he’s seen nothing but positives from how SkyBox’s flat structure encourages autonomy and sharing of ideas.

“Our flat structure has worked out great. This structure allows for autonomy, our teams to be nimble, and for an environment of idea sharing. Two concrete examples of great things at our studio born from this are our social committee, and our learning lunches,” he explained. “Our social committee is driven by team members across different disciplines and projects throughout the studio. Social activities and event ideas don’t come from the top down. The social committee has their finger on the pulse of the studio and they plan events and activities that team members actually want to do, and that’s what makes this place great.

“Our learning lunches, while supported by the studio on an organizational level, are purely driven by team members as well. Anyone at SkyBox is eligible to join any learning track regardless of their discipline. For example we have artists and producers learning intro C++, and we have engineers learning about game design.”

Ultimately, Kong said, SkyBox is striving for a “culture of empowerment and personal growth,” and he sees this culture as constantly evolving for the better with each new person added to the 200+ team. Personal growth isn’t going to happen for any employees that are burnt out, which is sadly all too common in the AAA industry where crunch continues to plague studios. Kong stressed to GameDaily that SkyBox takes this into account.

“We strive for a healthy work-life balance, and we partner with organizations that reflect the same values. To us, that means providing the tools, guidance, and flexible environment necessary for everyone on the team to be able to achieve meaningful results in a reasonable amount of time, while also allowing for time with family and friends, and self-care,” he said.

With the entire world bunkered down in the middle of the coronavirus pandemic, gaming has provided a welcome relief from the real world for many. In Stela, you play as a woman traversing an ancient, decaying world. Apocalyptic settings might be too spot-on for some right now, but Stela was conceived long before the COVID-19 virus infected the global population.

“There are many themes and genres that we love as game-makers and gamers. We have always loved themes about the final days of a world, armageddon, the apocalypse, etc. We think that players will have many interpretations of the game. There are underlying themes of life and death and what that cycle could mean, but the players should ask themselves, should that theme only apply to human beings?” Kong commented.

Looking ahead, Kong said that SkyBox will definitely pursue more original IP when the time is right. The priority now is shipping Halo Infinite while also supporting development of Magic: The Gathering Arena, projects in the Minecraft universe, and any new partners that come along. Importantly, whatever changes come SkyBox’s way, whether with new tech such as the cloud or business models such as subscriptions, Kong said developers must remain nimble enough to adapt to the landscape.

“Game studios by nature of the industry are just always adapting. Whether it be hardware changes, changes to the way people discover games, or pay for games, adapting to changing technologies and player behaviour is the norm for game studios,” he said. “As gamers ourselves, we think that this is great for the community and for the industry. There is so much choice out there now, and so many different ways of consuming content, that there’s an opportunity to play and have fun experiences for everyone.”

Next year, SkyBox will officially be a decade old, and the studio will have helped Microsoft usher in a new generation of gaming with Halo Infinite. If the next decade is as productive for SkyBox, the sky might just be the limit for the group.