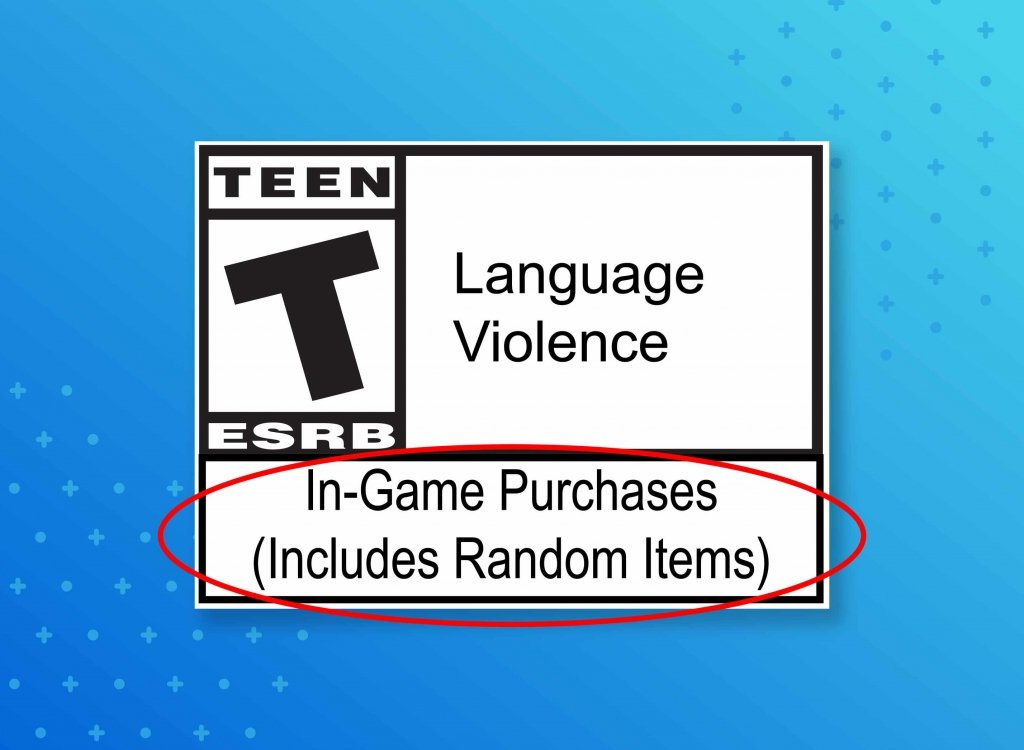 Today, the Entertainment Software Rating Board announced a new ratings designation aimed at notifying consumers about the presence of randomized purchases. The “In-Game Purchases (Includes Random Items)” interactive element is assigned to “any game that contains in-game offers to purchase digital goods or premiums with real world currency for which the the player doesn’t know prior to purchase the specific digital goods or premiums they will be receiving,” according to the announcement.

The new designation is specifically targeting loot boxes and other similarly-randomized microtransactions. The label is an extension of the ESRB’s 2018 move to notify consumers that a title contains in-game purchases. That label, according to the ESRB, was aimed at letting “parents and other consumers” know when a game “offers the ability to purchase additional items without leaving the game.” The new “includes random items” label exists to “provide even greater transparency about the nature of in-game items available for purchase.”

The conversation surrounding loot boxes has been escalating in recent years. In late 2018, the FTC said that they would investigate the practice, prompting the International Game Developers Association to make a formal call for industry-wide action against loot boxes. At the time, IGDA president Jen MacLean said that regulating randomized microtransactions is the onus of the industry, lest world governments get involved.

For Renee Gittins, current executive director of the IGDA, the ESRB’s new label represents a big step forward for the industry.

“The IGDA is thrilled to see ESA implement part of our November 2018 call to action to address loot boxes as an industry,” Gittins told GameDaily. “The ESA announced they would be adding this component to their rating system at the August 2019 Federal Trade Commission panel, Inside the Game: Unlocking the Consumer Issues Surrounding Loot Boxes. However, this is just the first of a number of steps which need to be taken by the game industry to ensure that consumers are making informed decisions. The game industry must approach this topic considering both game mechanics and protection of consumers with grace and understanding of video games that government regulations would lack.”

In the past year and a half, many nations have come to call for legislation banning loot boxes on the grounds that they constitute unregulated gambling. In Belgium and The Netherlands, for example, loot boxes have been outright banned under their respective gambling laws. In the UK, the Digital, Culture, Media, and Sport Committee recommended that British government impose strict regulations on loot boxes.

Last year In the US, Sen. Josh Hawley (R-MO) proposed official legislation that would prohibit loot boxes in games marketed toward kids. In response, many speculated what such legislation would mean in terms of the First Amendment. For attorney Brandon Huffman, government intervention is what happens when the industry does not regulate itself.

“We've seen this kind of regulation in other countries. There was no reason to put our heads in the sand and assume it wouldn't happen here,” Huffman told GameDaily at the time. “In general, content-based regulations on the video game industry restrict the freedom of expression. That freedom is fundamental. The First Amendment extends to video games according to the Supreme Court -- and any rational interpretation of precedent. Any chipping away at First Amendment protection could have long-term consequences for the ability to retain that protection.”

It’s this raucous discussion that makes the ESRB’s new designation so significant. As a self-regulatory board, it’s not necessarily under the purview of the federal government, which hopefully means less meddling in the games industry. On the other hand, microtransactions and loot boxes can feel predatory if the odds of item generation in randomized boxes are not fully disclosed. Fortunately, Sony, Microsoft, and Nintendo have agreed to ask publishers to disclose such odds on their respective platforms.

“This additional content descriptor on ESRB ratings will help inform parents and consumers of random reward purchases, but it is unlikely to have a noticeable effect on sales of games with such purchases,” Gittins said. “The IGDA hopes that more companies will follow Sony, Microsoft, and Nintendo's promise of requiring loot box odds disclosures for all new loot box related content, and that all of our industry will make a commitment to not market loot boxes to minors.”

For Gittins, the issue is more a moral one than legislative. With many games marketed to kids, it’s hugely important for publishers to take the ethical high ground and ensure that their games do not contain predatory microtransactions, especially during the coronavirus pandemic.

“With more people and children than ever playing video games during this pandemic, it is important that video games are shown to be engaging, fun, and valuable forms of entertainment,” Gittins said. “Now more than ever, video games are showing their value in their power to bring people together and to take them to other worlds from the comfort of their own living room. We must uphold our morals as an industry, so that we keep the trust of parents and players everywhere.”

The ESRB’s new label feels like a well-intentioned measure that can hopefully go far in helping parents make informed purchases for their kids. Hopefully, such measures are enough to satisfy lawmakers and keep them from regulating the games industry. Such meddling can lead to further regulation, making it harder for creatives to work on their art.