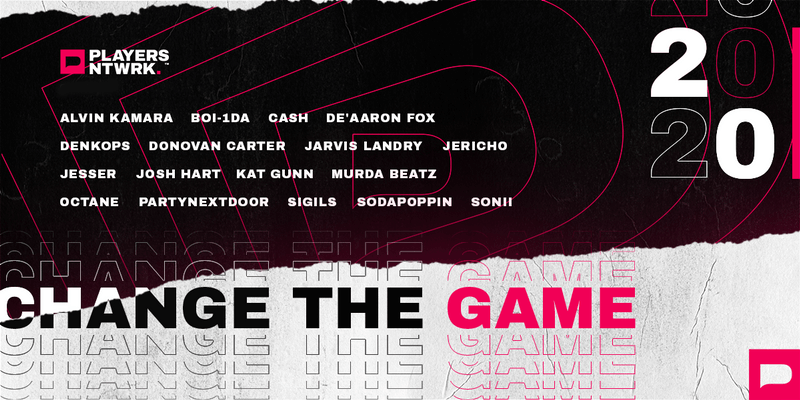 Late last year, esports organization Echo Fox disbanded after a series of embattled lawsuits revolving around allegations of racism and embezzlement. Now, Stratton Sclavos, who was one of Echo Fox’s primary investors, is attempting to rise from the ashes with Players Ntwrk, an esports-focused production company focused on unscripted series, celebrity gameplay, and live events involving talent from the sports, music, and esports arenas.

Sclavos is being supported by Daylight Holdings and WME in order to bring a host of celebrity names to the venture. Players Ntwrk’s first wave of talent from the sports world includes De’Aaron Fox of the Sacramento Kings, Josh Hart of the New Orleans Pelicans, Jarvis Landry of the Cleveland Browns, and Alvin Kamara from the New Orleans Saints.

Players Ntwrk is clearly aiming to capitalize on the ever-growing nature of esports viewership, according to streaming analytics group Stream Hatchet.

"Since the start of April, gaming viewers around the world are consuming an average of 83 million hours of content a day on all streaming platforms,” Stream Hatchet CEO Eduard Monsterrat told GameDaily. “That's 24 million hours more than they did in March. That’s [also] a 40% increase over what was already a quickly expanding market. Opportunities are certainly expanding quickly in the esports space, and we’ll be looking at the Players Ntwrk impact on the Twitch community with great interest."

In February, analytics group Newzoo predicted that esports will be a $1.1 billion market in 2020.

It’s important to note that Newzoo’s predictions came before the pandemic hit, and in the last month or two gaming and streaming has seen a noticeable increase.

“With more stay-at-home mandates being issued around the world, and the entertainment industry finding new ways to migrate their offerings to livestreaming platforms, we expect to see these numbers rise," Doron Nir, CEO of streaming tools provider StreamElements, said in a statement last month.

For Nir, the COVID-19 pandemic makes the timing of Players Ntwrk’s launch excellent.

“Right now is the ideal time for any entertainment that can be consumed at home,” Nir told GameDaily. “It’s especially a great time to be involved with gaming and livestreaming as those mediums are currently exploding. Gaming, esports, and livestreaming are collectively primed to be a driving force of the global economy, so now is a great time for companies who are looking for new ways to ride the current wave.”

Players Ntwrk is launching with broadcasts testing the waters of unscripted content among other formats. The goal, according to TechCrunch, is 12 to 15 hours of original content per week by the end of Q2 this year, eventually ramping up to 20 to 24 hours. The initial programming is set to be aimed at raising money for charity.

Because of recent viewing trends, Players Ntwrk appears to be launching into a very welcoming market. Of course, it also helps that Sclavos is an experienced investor in the esports field. Being backed by a host of celebrity talent helps, too. It will be enlightening to track Players Ntwrk’s performance in the coming weeks and months.