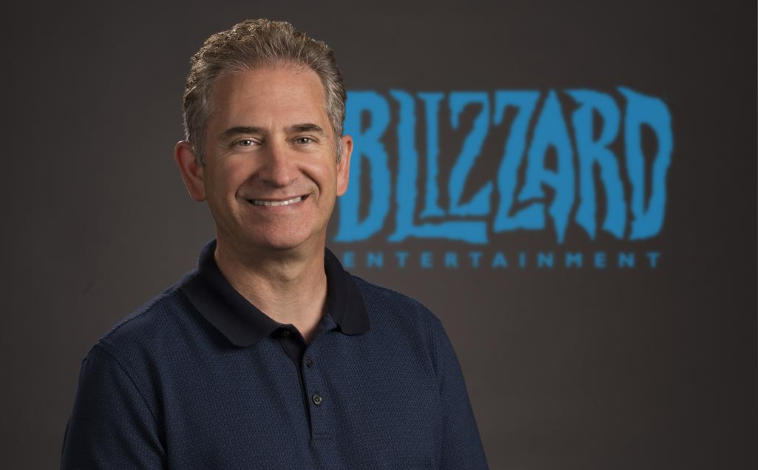 Just over a year ago, Mike Morhaime stepped down as president of Blizzard Entertainment, the company he co-founded in 1991. In a talk at GamesBeat Summit, happening digitally this week, Morhaime reflected on his impressive career, his ambitious investments, and what trends he’s noticed in the industry from his new perspective as an outsider.

“It seems like forever since I left Blizzard,” Morhaime told moderator Seth Schiesel, who is a reporter for the New York Times. “The world has just gone through a lot.”

In the time since Morhaime’s departure, a number of new trends have cropped up in a market that is constantly in a state of rapid change. He told Schiesel that from his new vantage point from outside the industry, the indie arena, the potential of cloud gaming, and various digital marketplaces have all been interesting to watch.

“Technology is always advancing. There are a lot of doors opening with cloud computing, with competing platforms and stores, and also the environment for indie studios has improved in the last few years. There’s been a lot of interest in gaming from non-endemic sources, a lot of venture capital funds are starting to pay attention to gaming, and all the big media companies are paying attention.”

In fact, Morhaime himself has made some personal investments into a handful of games and games-adjacent ventures. These include upstart games lifestyle network Venn, and competitive multiplayer platform Rally Cry.

“One of the things my wife Amy and I are passionate about is how gaming can bring people together. We saw the power of community at Blizzard, and Blizzcon was something we looked forward to every year,” he explained. “We’re very excited about what they’re doing over at Venn; it’s a broadcast channel, and they’re gonna broadcast lifestyle content around gaming.”

On the Rally Cry front, Morhaime said that the team is focusing on esports at the amateur level. He explained that so much of the esports world is centered around the prospect of “going pro,” but in most cases that’s an unrealistic expectation.

“A lot of us have no chance of being anywhere on the path to pro, but we still want to play competitively and have fun. That’s what Rally Cry is focused on.”

Morhaime said that Rally Cry is looking at traditional, local-level sports as a point of reference for its business model. He compared it to D-league softball, stating that Rally Cry founders Adam and Tyler Rosen are well-positioned to bring esports to everyone thanks to their previous experience with collegiate esports program Tespa.

From there, Schiesel and Morhaime’s talk transitioned to the COVID-19 pandemic and how it continues to affect the games industry. When asked if he has any advice for teams struggling to navigate this unprecedented age of remote work, Morhaime said that the games industry is luckier than other businesses, although he did note that he’s in the camp that believes remote work is not the preferred method of productivity.

“We’re fortunate to be in a position to be able to work from home where there are a lot of other industries that just don’t have that luxury,” he explained. “There was some amount of work-from-home happening before coronavirus, some teams that operated remotely before that, but now everybody who can is forced to do this. What we’re finding is that the tools are actually quite good to be able to communicate and work from home.”

He suggested that studio leadership consider employing persistent video and audio in an effort to simulate a live office environment. Being able to have conversations on demand, he said, goes a long way in making a team productive.

If there’s a bright side to the pandemic, Morhaime said that it’s allowed the unifying nature of games to shine. With gaming on the rise amid quarantine policies, more people are realizing that video games are a fantastic way to connect with friends and family who have been separated by the virus.

“For the gaming community, we kind of knew the magic and power of gaming,” he said. “For folks that maybe were outside of that community, with some of their other pastimes not available to them, I do think you’re seeing a lot of people discover gaming. Maybe we will reach more people that we wouldn’t have reached before. It is definitely more on display for the wider world to see.”

For Morhaime, the potential for games to bring people together is what makes the medium so special. This is a philosophy that informs much of his view of video games, including what makes Blizzard’s perennial MMORPG World of Warcraft so popular.

“The power of being able to share game experiences with other people has become something that we think is core to the experience that we try to make,” he explained. “I remember when we were working on World of Warcraft, one of the things I was amazed by was the initial popularity of that game. I thought that making an MMORPG, we were, at least in the beginning, going to reach a smaller audience and maybe have to grow from there. Right off the bat, the curve was a lot steeper than I imagined.”

He attributes this immediate popularity to the social aspect of WoW. Participating in guilds, organizing dungeon and raid groups, and generally just interacting with other players is a big part of the success, Morhaime said.

Another important pillar of Blizzard’s business is community. The company has always boasted one of the more vocal fan bases in all of video games, and Schiesel asked if Morhaime has noticed a shift in player sentiment since leaving. Controversies such as the banning of Hearthstone pro Blitzchung, an unexpected mobile version of Diablo, and a poorly-received Warcraft III remastered have all garnered negative attention in recent months. Rather than directly addressing these events, Morhaime stressed that while all companies experience ups and downs, they are still beholden to their fans above all else.

“I have a lot of friends that are still at Blizzard, and I know they’re doing their best to try to navigate things,” he said. “I know they care about the games and the community a great deal, and I know they’ll try to continue making good decisions that prioritize those things. I also know we can count on the community to let them know very directly critically when they think they’re not doing that well. I hope the folks there will continue to listen to that feedback and continue to course correct.”

In all, Morhaime appears to be enjoying his new life in the private sector despite coronavirus-related lockdown orders. He told Schiesel that he and his wife have been playing Jackbox games over Zoom, and enjoying virtual dinners with friends. He’s also been playing with his five-year-old daughter, and running through Slay the Spire quite a bit. Considering his lengthy and landmark career, Morhaime has certainly earned the rest.