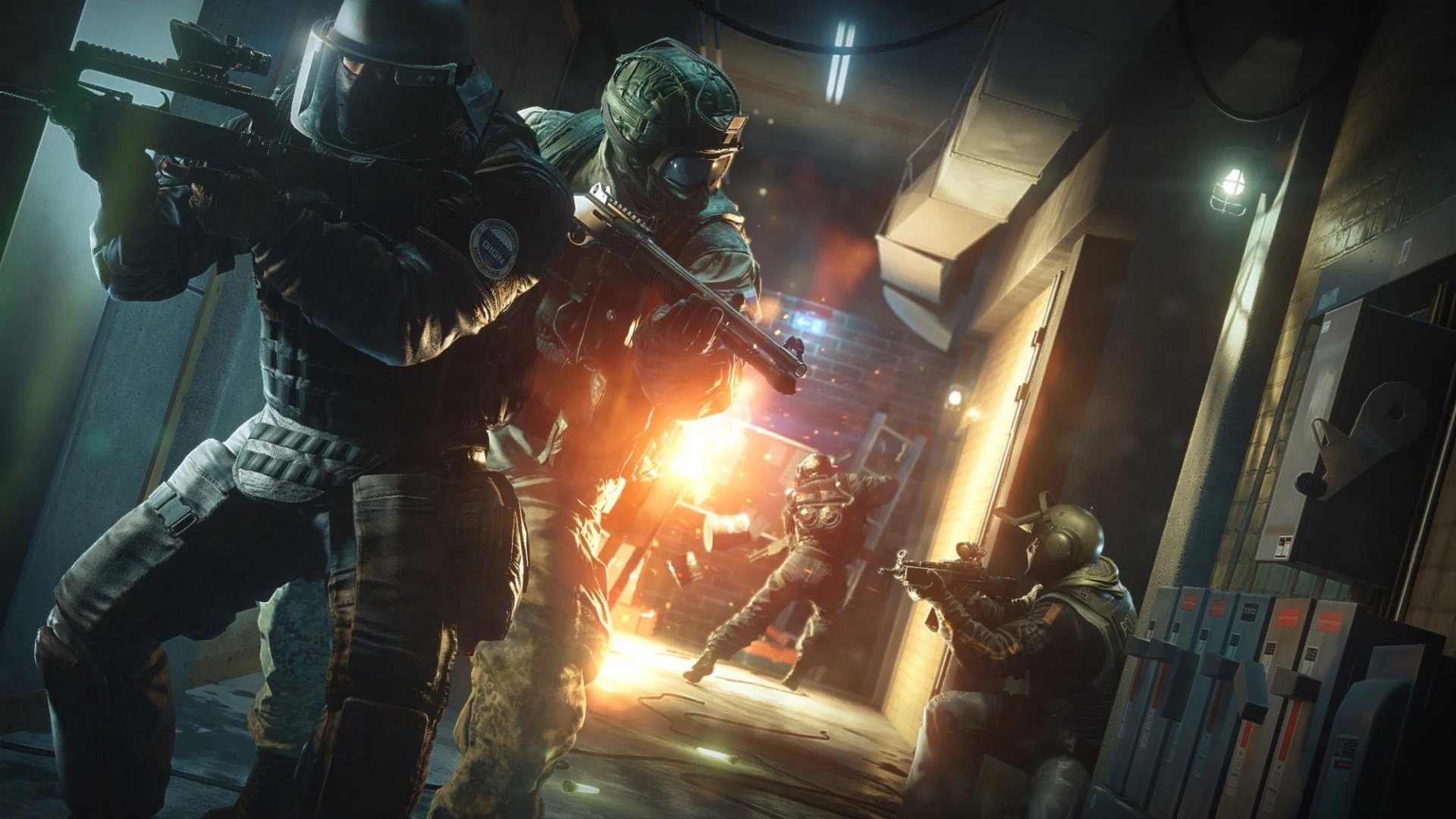 Last week, Ubisoft filed a lawsuit against Apple and Google for selling a game that the France-based company says infringes on Rainbow Six: Siege. The game is called Area F2, and is developed by Ejoy.com, a subsidiary of Alibaba Group, a tech conglomerate based out of China. Ubisoft argues that the majority of the Area F2 experience is lifted from Siege, which necessitated the copyright suit.

“Virtually every aspect of AF2 is copied from R6S, from the operator selection screen to the final scoring screen, and everything in between,” a Ubisoft representative said in a statement.

Looking at various comparison videos, such as this one by YouTube user NickySan, it’s impossible to deny the similarities of the two games. The rub is that, historically, while clone games have been the target of ire from developers and publishers, they haven’t met much in the way of legal repercussions. In fact, game clones are a legacy issue with games, dating all the way back to the earliest days of the medium.

According to attorney Richard Hoeg of Hoeg Law in Michigan, the easiest way to move the suit forward is for Ubisoft to prove that Ejoy directly stole some of its R6S assets. If there aren’t any stolen assets, then things get tricker.

“Clones aren’t illegal, per se,” Hoeg Explained. “Copyright cannot protect an idea itself (two teams of armed fighters battle in destructible urban/suburban environments), but only the expression of that idea. In general, most courts will employ some version of a ‘substantial similarity’ test, looking to see whether the allegedly infringing game is so similar in UI, style, or other elements (that can be protected) as to be virtually indistinguishable from the original work.”

Hoeg said that historically, the law has leaned in favor of clones, but that trend has been changing a bit over the last decade or so. As noted, the legal waters are choppy thanks to the “idea versus expression” argument, meaning that ideas cannot be copyrighted, but the expression of those ideas can. According to Ubisoft, Ejoy.com’s expression of the Rainbow Six: Siege idea is in violation of the law in this regard.

It’s worth noting that the targets of Ubsisoft’s suit are Apple and Google, and not Ejoy or Alibaba. The argument appears to be that by allowing Area F2 in the App Store and Google Play Store, the companies are complicit in the alleged infringement. Hoeg notes that financial motives could have also played a role in this decision.

“In short, it’s likely that Apple and Google have deeper pockets than Ejoy,” Hoeg explained. “It may also be easier for Ubisoft to assert jurisdiction and to find a friendly court to press their claim.”

Still, the entire suit is predicated on the fact that Ubisoft can prove that Ejoy violated a copyright, which may be harder than one might think.

“By suing the stores instead of the developer, Ubisoft will have to show that the stores were made aware of the infringement and still acted to help others (i.e. buyers) infringe on Ubisoft’s materials,” Hoeg continued. “Given that Ubisoft winning the underlying case is an open question, adding another layer of proof to their claim makes it even more difficult.”

According to Bloomberg’s report on the suit, Ubisoft did indeed send notice to Apple and Google regarding Area F2’s supposed infringement of Rainbow Six: Siege, but the companies ignored it.

“It sounds like Ubisoft issued a DMCA takedown or similar notice, as well as spoke through normal backchannels, and the two stores refused to takedown the materials,” Hoeg said. “That makes sense from the stores’ perspectives; they don’t want to be in the habit of having to remove often lucrative clones. And they don’t want to set the precedent that they will listen to any infringement claim on the subject.”

Looking forward, Hoeg said that the case has the potential to go in any direction, depending on the courts.

“Any evaluation of the underlying infringement will be based on a dissection of the two games, and could go either way depending on the standards the court in question elects to use,” he explained. “Best bet is they settle. Potentially, the stores ‘encourage’ [Ejoy] to change [AF2] just enough to not look exactly like Siege, they call it a marketing coup, and each side goes about its business.”

Copyright law is always tricky, especially when it comes to video games. The “idea versus expression” argument gives a lot of leeway to clones, which is why the App and Google Play stores have a reputation for being filled with them. The case of Area F2 does seem fairly egregious, though, and it should be interesting to track the progress of this case in the future.