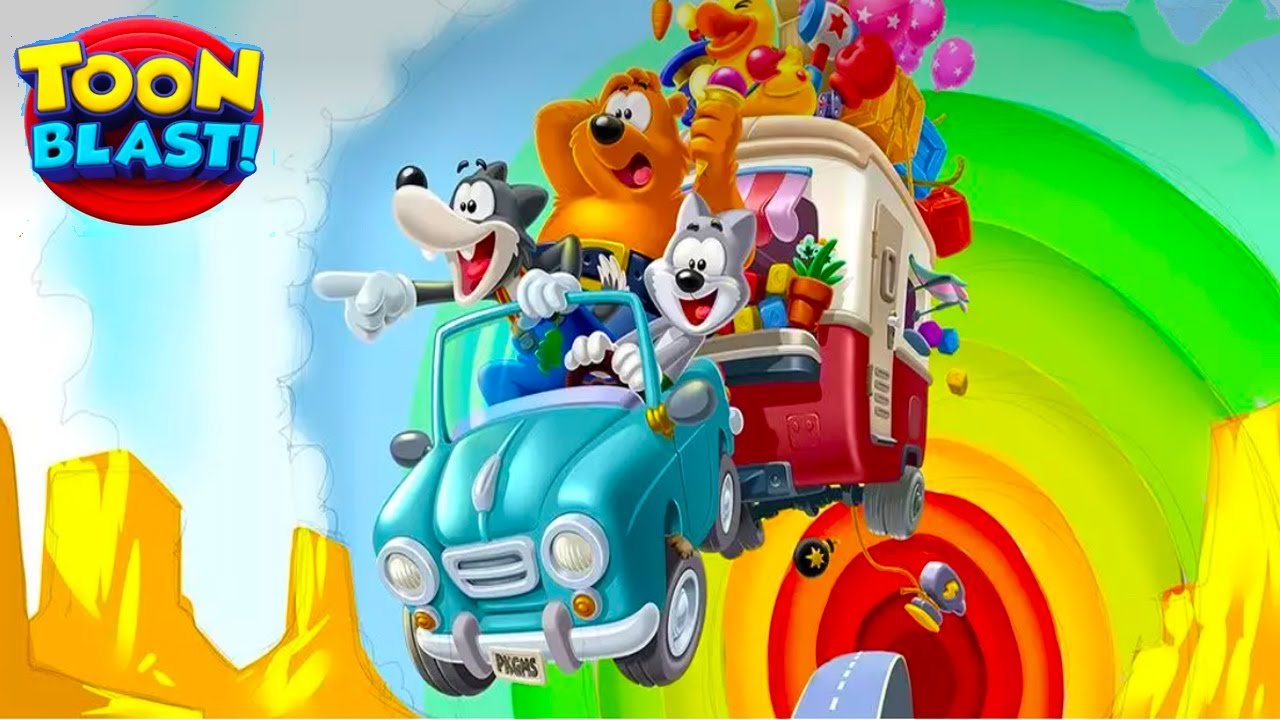 Perennial mobile studio Zynga announced today that it has acquired Peak, the Istanbul, Turkey-based developer behind top-charting games Toon Blast and Toy Blast. The deal is worth $1.8 billion, according to the news release, and sees Zynga expanding its portfolio of “forever franchises.” As a result of the purchase, Zynga has upped its financial guidance for the remainder of fiscal year 2020.

“This acquisition is truly transformational for Zynga. Not only does Peak boost our topline and daily active users, the transaction also solidifies Zynga's position as a consolidator in the mobile games industry. So, we're really excited,” Bernard Kim, president of publishing at Zynga told GameDaily. “We stated, it's either eat or be eaten.”

Following last month’s earnings report, Kim told GameDaily that Zynga’s strategy when it comes to acquiring new studios is based on cultural matches and the existing rapport between Zynga and its partners. This approach is fully on display in this week’s news.

Zynga and Peak’s relationship dates back a few years: in 2017, Zynga paid $100 million for Peak’s portfolio of casual card games, which Kim said helped pave the way for this week’s acquisition.

“We've had a long-standing relationship with [Peak founder and CEO] Sidar Şahin and the management team at Peak Games,” Kim said. “They went through a time period where they were trying to focus more on Toon Blast and Toy Blast as a business, and we saw this great opportunity to take on their cards business, which they sold to us in 2017.

“And that wasn't the end of our relationship,” he continued. “We're continually talking to them about, is there a potential partnership and acquisition here that can bring the entirety of the Peak family into the Zynga family?”

With the acquisition, Zynga will be adding Toon Blast and Toy Blast to its lineup of “forever franchises,” a label the company bestows on games it sees as long-term revenue generators. Kim explained that for games to become forever franchises, they must meet two criteria.

“[A forever franchise] is a game that we see players engaging with for over five years of their lives, and generate over $100 million in revenue a year. In the case of Peak Games, they bring two top charting, forever franchises into Zynga, Toon Blast and Toy Blast. So, we're really excited. So, we've gone from six in our portfolio, to eight forever franchises.”

The last year has been marked by impressive growth for Zynga, which it rode to its best-ever Q1, the company reported last month. In December, Zynga opened a new studio in Birmingham, England, and last July it expanded its presence in India with offices in Bengaluru. All along the way, Zynga has been buying significant stakes in smaller mobile studios, including Small Giant Games. This is all part of Zynga’s big “turnaround,” which began as an internal restructuring of its studio, and has helped propel the company to the top of the western mobile heap.

For Carter Rogers, principal analyst at SuperData, Zynga’s acquisition of Peak represents an ongoing commitment to this turnaround.

“Zynga growing through major acquisitions is par for the course,” Rogers told GameDaily. “The company’s two biggest current titles by far, Empires & Puzzles and Merge Dragons!, are both from studios that the company acquired in the past two years--Small Giant Games and Gram Games). These are on top of older purchases like NaturalMotion and OMGPop, which was admittedly a bungled acquisition. What sets this purchase apart is that it’s the biggest one Zynga has done yet.”

“We love looking at the top mobile charts, and we've been tracking it for a very, very long time,” Kim said. “So, both Toon Blast and Toy Blast are top-charting products in the top-grossing position. We're really excited about the sub headline, which is that we've upped our guidance for the current fiscal year and the full fiscal year as well.”

Rogers pointed out that Zynga’s position as a “consolidator” within the mobile sector is part of a larger industry-wide trend.

“We’re going to see continued consolidation in the casual-oriented mobile games space,” he explained. “Most notably, last month we saw AppLovin purchase Machine Zone. It makes sense for these publishers to spend aggressively to expand their portfolio so they can cross-promote titles and attract more eyeballs to in-game ads.”

It’s well known at this point that games have enjoyed a period of strong growth since the onset of the COVID-19 pandemic and the subsequent quarantine orders, a trend from which the mobile sector has benefited greatly. Zynga has certainly been able to capitalize on this, and the acquisition of Peak will no doubt help the bottom line.

“We're really excited to bring our position even higher as a top western publisher in the world,” Kim said.

It will be interesting to track the trends in the mobile space as 2020 continues. If Roger’s prediction of increased consolidation in the sector comes to pass, we could see heavy hitters like Zynga, Tencent, and NetEase continue to grow their share of the market. The biggest variable, of course, is the impact COVID-19 will have once it begins to abate. In that regard, the future is mostly uncertain. For now, though, Zynga’s rapid growth over the last couple of years is nothing short of impressive.