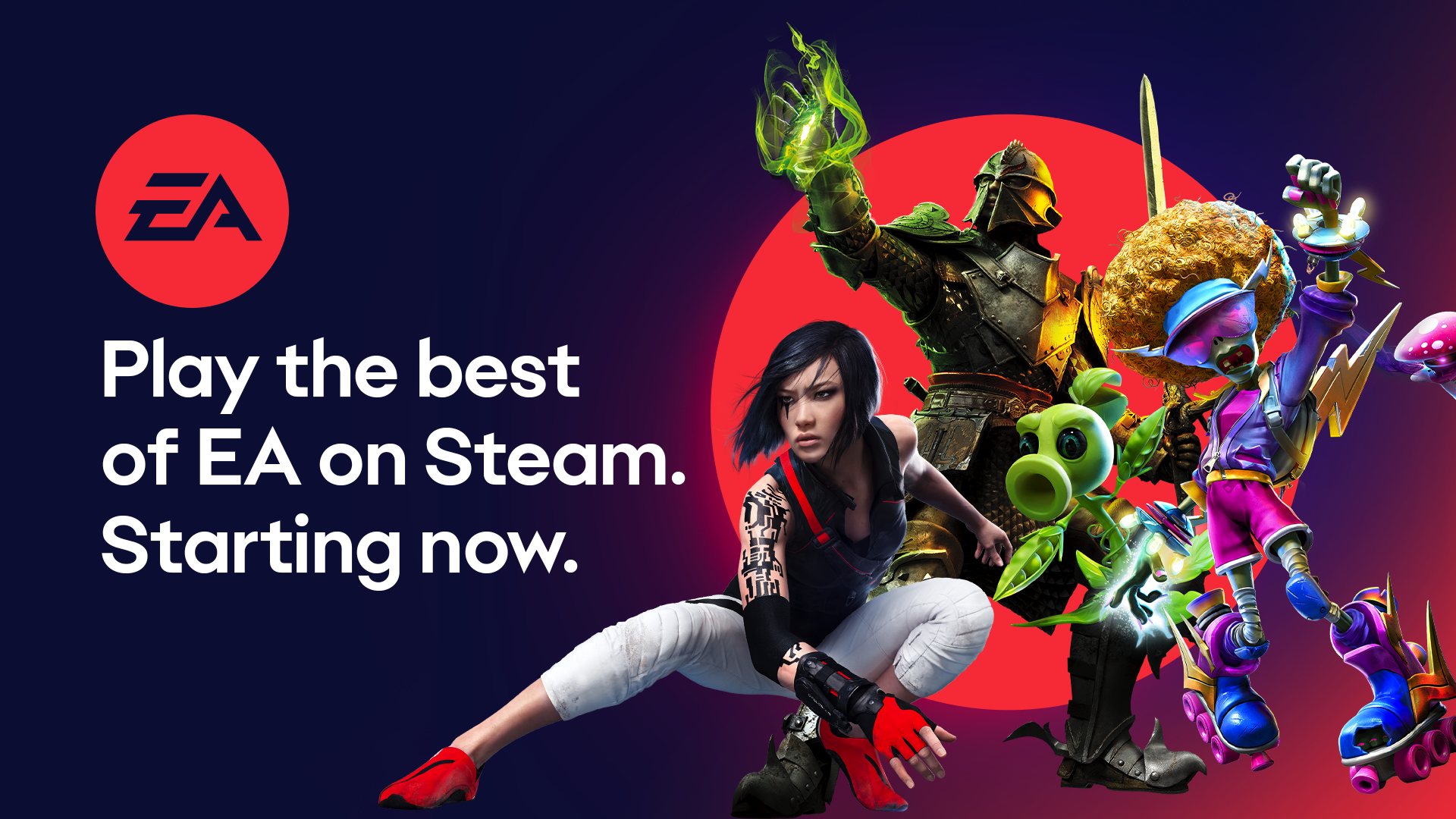 Last October, Electronic Arts announced that it would be partnering with Valve to bring its EA Access subscription service, along with its back catalog of games, to Steam, a decision that vitiates EA’s longstanding avoidance of the platform. The partnership kicked off with Star Wars Jedi: Fallen Orderin November, and deepened this week with the addition of more than 25 EA games to Steam.

“We want to make it easy to play the games you love, wherever you want to play,” Mike Blank, SVP of strategic growth at EA, said in a statement. “Delivering games to the Steam community is an important step in achieving this goal. Not only are we excited to have our games on Steam, but we look forward to bringing them even more value when our subscription becomes available in the Summer.”

A number of EA’s popular legacy games are now available for purchase on Steam, including Mirror’s Edge: Catalyst, Dragon Age: Inquisition, Plants vs Zombies: Battle for Neighborville, both Unravel games, Crysis 3, and a trio of Need for Speed titles.

For David Cole of analyst group DFC Intelligence, EA’s decision to work with Steam speaks to the lack of wider consumer adoption of its own digital storefront.

“It is all about distribution. The goal of selling games is to get your products in as many distribution channels as possible,” Cole told GameDaily. “EA was hoping to become a major distributor via their Origin service. In this they failed. Origin is really only EA products, and in our tests users complained a great deal about the service.”

Cole said that EA’s primary focus is on publishing games, and that operating a poorly-received distribution channel simply distracts from that goal. Exacerbating the issue is that, until the Epic Games Store arrived, Steam was the ubiquitous digital storefront. As such, it’s hard for publishers--even those as prominent as EA--to avoid its influence.

Regarding the Epic Games Store, Cole said that he imagines that EA’s games will likely make an appearance there eventually.

“EGS is not as essential as Steam but I would not be surprised to also see EA games come to EGS at some point,” Cole said. “The challenge publishers face in the distribution landscape is how much they can hurt their product's sales potential by not going through other distribution channels.”

Piers Harding-Rolls of Ampere Analysis echoed Cole’s sentiment that a vehicle like Steam is intrinsic to reaching a wider audience.

“Most publishers, even those with extensive direct-to-consumer plans, have to partner to reach audiences across all platforms,” Harding-Rolls told GameDaily. “It’s challenging to go it alone, even on PC, where only a few publishers--Epic and Blizzard for example--don’t leverage Steam for added audience reach.”

Harding-Rolls said that the most interesting aspect of the news is that EA Access is coming to Steam this summer. By making the subscription service available on the platform, EA is likely looking to recreate the success Access has seen on consoles.

“From EA’s point of view this will be no different commercially than having it on Xbox and PlayStation storefronts, and it’s a sign that EA is thinking more about reach than worrying about defending its direct distribution approach on PC,” he explained. “A direct approach might offer more margin, but if you can’t reach the audience, it’s not going to scale.”

EA making its catalog available on steam points to the fact that, at the end of the day, getting your product in front of consumers is the most important part of running a publishing business. The news also highlights the stranglehold on the digital distribution sector that Valve has enjoyed thus far; after all, even an industry titan like EA struggled to run a competing storefront. Looking forward, it will be interesting to track how Steam customers take to EA Access once it launches on the platform this summer.