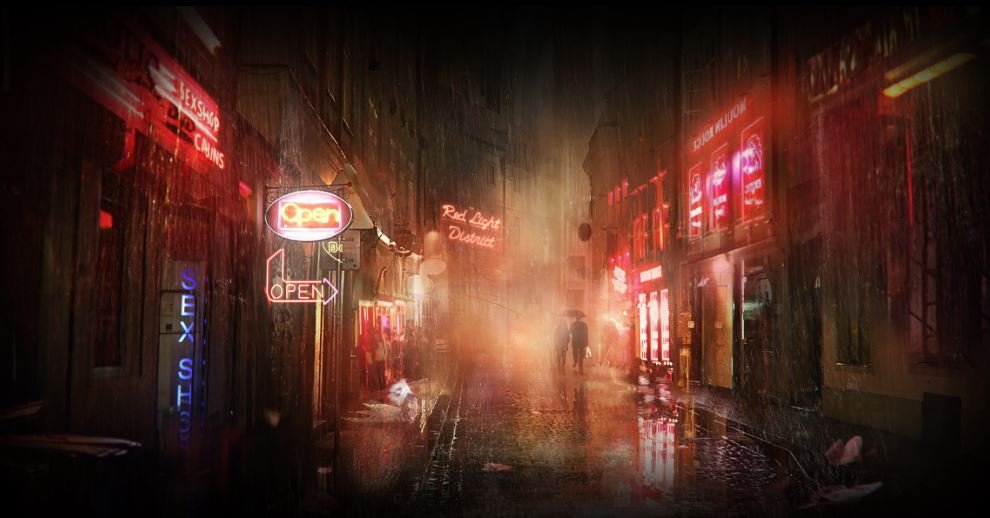 World of Darkness, the Swedish multimedia entertainment company known primarily for its suite of horror properties, has hired Justin Achilli as its new brand creative lead. Achilli is a notable RPG writer who has worked extensively with World of Darkness’ most well-known properties: Vampire: The Masquerade and Werewolf: The Apocalypse. This will actually be his second stint at World of Darkness after spending some time on the video game side of things.

“Justin worked on World of Darkness products from 1997 through 2016,” Jason Carl, brand marketing manager at World of Darkness, told GameDaily. “His work was critical during a pivotal era in the brand’s history, right as the story universe was expanding its audience beyond the traditional tabletop RPG space. He knows exactly what makes each setting in World of Darkness unique, and combines this intimate level of understanding with a decade’s worth of narrative and systems design experience in video games--to us that makes him the ideal candidate for the brand creative lead.”

Beyond just developing tabletop RPGs, Achilli brings with him a great deal of video game industry experience. He has spent time in the business at some high-profile studios, including Ubisoft, Red Storm Entertainment, and, most recently, at Funcom where he served as a lead game designer.

“The different settings that make up World of Darkness require a lot of worldbuilding, systems development, and cross-universe management. In the time since I previously left the World of Darkness, two of the biggest franchises I’ve worked on are Assassin’s Creed and Star Trek at Ubisoft, and I think they both prepared me well to come back,” Achilli told GameDaily. “AC spans many different games, characters, places, and times in history. Star Trek is one of the most successful transmedia properties in history, from TV and movies to fiction and games. Working on these really helped to show me how, regardless of genre or style, it is vital for massive franchises to remain inter-connected.”

For Achilli, the appeal of World of Darkness’ supernatural worlds lies in their clandestine nature, and their larger influence on civilization, both in-universe and in the real world.

“The idea that there’s a sprawling, hidden world of secrets in the shadows influencing our lives is something I’ve always been drawn to in my career,” he explained. “World of Darkness is the grandfather of modern dark fantasy entertainment. Next time you watch a TV show about vampires and they talk about belonging to different clans or having some form of vampire law enforcement, you can trace those inspirations directly back to Vampire: The Masquerade.”

Achilli isn’t the only notable new hire for World of Darkness; the company has also brought on board Martyna Zych, also known as Outstar on YouTube and Twitch. Zych, who will serve as brand community developer, is a prominent streamer who specializes in Vampire: The Masquerade. Her channels host a wide range of content, from RPG sessions, lore exploration, and previews of the upcoming Vampire: The Masquerade - Bloodlines 2.

More importantly, Zych is a veteran of the game development business, with experience as an animator on The Witcher 3: Wild Hunt, and as a concept artist on the Eventide TTRPG franchise. In her new role at World of Darkness, Zych will be responsible for growing the company’s community of fans.

“All of us on the team were fans of Martyna’s YouTube channel, and had been watching her videos for the greater part of a year as she analyzed every piece of lore surrounding Vampire: the Masquerade - Bloodlines 2,” Carl said. “In addition to her passion, her ability to identify and strategize how to approach the community was spot-on and we knew that we had found the perfect person for the role.”

Zych said she plans on leaning into her expertise and will leverage her audience to bring more video content to World of Darkness.

Carl said that the hiring of Achilli and Zych represents the start of a new era for World of Darkness, which will be putting out more new content than ever before. From video games like Vampire: The Masquerade - Bloodlines 2 from Paradox Interactive and Werewolf: The Apocalypse - Earthblood from Nacon, to a host of new comics, board games, audiobooks, RPG supplements, and more, the company is poised for impressive expansion.

“The brand is experiencing explosive growth that helps us to realize the story world in ways that were never possible before,” Carl explained. “We hope our fans are just as excited as we are about not just all the new products that are on the way, but all the new opportunities to engage with the World of Darkness.

“To quote a colleague of mine, ‘we have more World of Darkness content coming now than we ever have in its entire history.’”