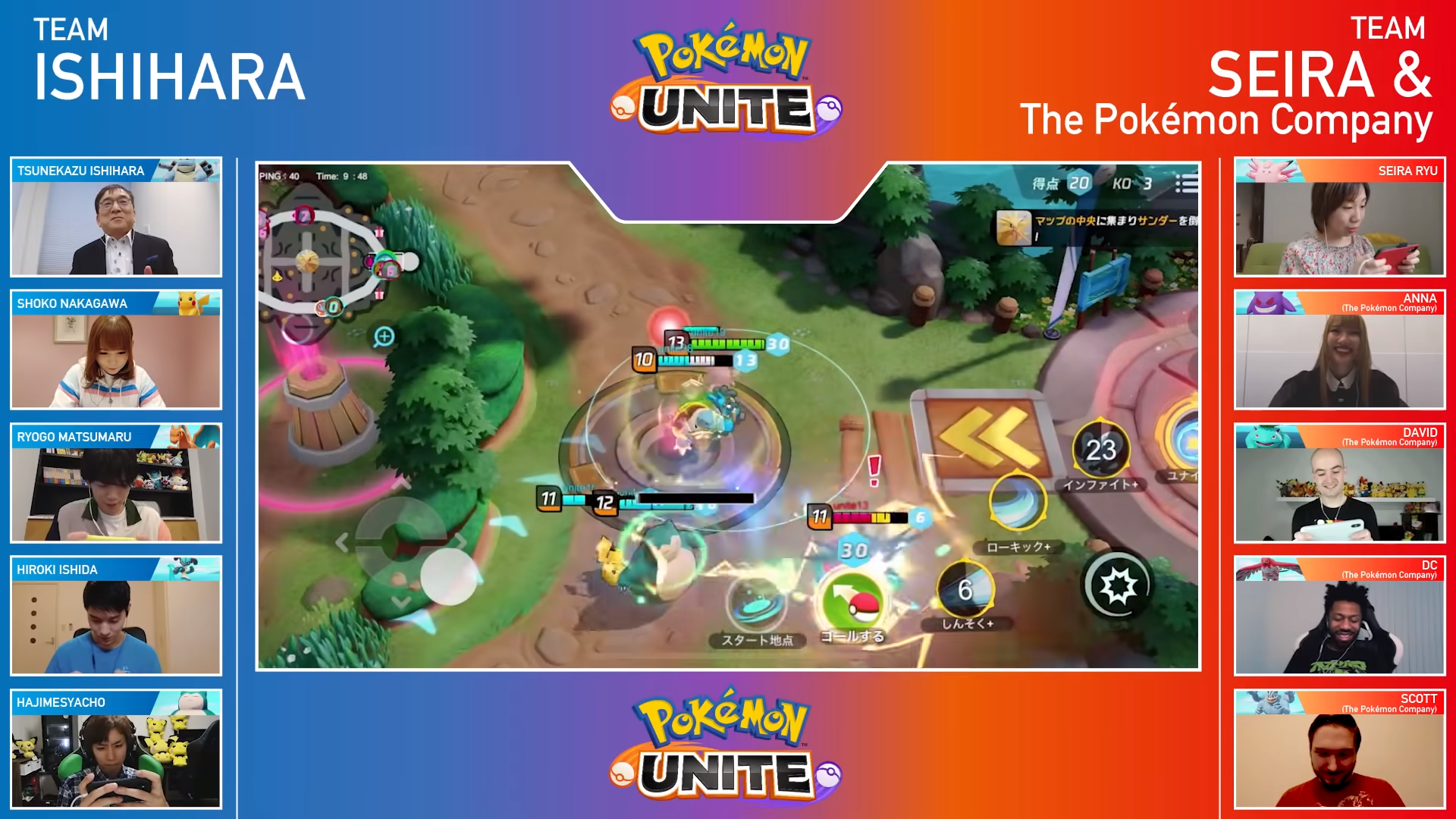 Last week, Nintendo and TiMi Studios announced Pokémon Unite, an upcoming free-to-play MOBA for the Switch and mobile platforms. Nintendo has been busy bolstering the Pokémon property as of late; between Unite, the first major expansion for Pokémon Sword and Shield, a new Pokémon Snap, Pokémon Cafe Mix, and Pokémon Smile, it’s a busy time for our favorite pocket monsters.

Unite’s grab for a piece of the MOBA pie is an interesting prospect. On the one hand, the genre is becoming crowded, and the gap between the bulk of the segment and perennial juggernauts Dota 2 and League of Legends continues to widen. On the other hand, TiMi Studios is perhaps the biggest name in mobile MOBAs, a genre led by Arena of Valor, which is developed by the Tencent-owned company.

Arena of Valor, or Honor of Kings, as it’s known in its home market of China, is one of the top-grossing video games of all time. In western markets, the game never took off as Tencent might have hoped, but Unite is well-positioned to change that track record.

“Unlike in Asia, mobile MOBAs have struggled to establish a foothold in western markets, but Pokémon Unite has the potential to buck that trend given the popularity of the license. It could also serve to introduce a wider array of players to the genre,” Randy Nelson, head of mobile insights at analyst group Sensor Tower, told GameDaily.

Despite that potential, Nelson cautioned that a lot will have to go right with Unite’s development and marketing strategy for it to perform well in the west. He noted that mobile Pokémon games haven’t performed remarkably well, Pokémon Go being the obvious exception. Of course, if any studio can buck that trend, it’s the studio behind Arena of Valor and Call of Duty: Mobile.

“Tencent's TiMi team has proved itself as a master of translating complex console and PC-style gameplay and controls to mobile,” Nelson explained. “Honor of Kings/Arena of Valor has shown it can distill the MOBA experience on touchscreens, but the real key with Pokémon Unite will be the authenticity of the presentation. Pokémon Company International will undoubtedly be guiding this, but TiMi will still need to do a lot of the heavy lifting.”

When Pokémon Unite was announced, fan reaction was almost universally negative. As of this writing, the official announcement video on YouTube is sitting at a rather unfavorable ratio of likes to dislikes. For Carter Rogers, principal analyst at Nielsen’s SuperData, this is far from indicative of the game’s potential financial performance.

“My initial reaction was that vocal Pokémon fans on the internet will hate this, but it has tons of potential, especially for expanding the reach of the IP in China,” Rogers told GameDaily. “It’s not unlike how Redditors were upset with certain elements of Pokémon Sword & Shield, and those games have been some of the best-performing titles in the series.”

Rogers said that Unite has two things going in its favor: the universal appeal of the Pokémon franchise, and the popularity of the MOBA genre. MOBAs have a reputation for being less than welcoming for new and casual players, but Unite has the potential to open up the genre a bit more.

“It sounds like Pokémon Unite has made some changes to the MOBA formula in terms of how games are scored and won, but the Pokémon setting will be the main differentiator here,” he said. “Whether or not it will succeed depends on how well it can appeal to those who haven’t given other MOBAs a shot, especially younger and more casual gamers.”

Rogers explained that one of the primary reasons Arena of Valor hasn’t garnered a sizable western audience is that most hardcore MOBA players in the region tend not to play on mobile, opting instead for the PC-based League of Legends and Dota 2.

“It’s also worth bringing up Heroes of the Storm from Blizzard, since that MOBA also featured recognizable game characters,” he added. “However, it didn’t catch on because many members of its target audience of PC gamers were already playing League of Legends or Dota 2.”

At the end of the day, while MOBAs seem like an odd fit for the Pokémon property, the financial allure of the genre is certainly understandable. And, if Unite is able to snag just a fraction of the MOBA pie, the game’s existence will be justified in the eyes of Tencent and Pokémon Company International.

“MOBA earnings have been pretty consistent. They made $4.5 billion in 2019, and have been close to that figure annually since 2016,” Rogers said. “Honor of Kings and League of Legends have long accounted for the lion’s share of that revenue, and earned $1.6 billion apiece last year. Pokémon Unite won’t earn anywhere close to those figures, but it won’t need to be a success.”

Negative fan reaction aside, Pokémon Unite makes a lot of financial sense. Between TiMi Studio’s pedigree and the undeniable popularity of thefranchise, a MOBA set in the world of Pokémon has enormous potential. No release date has been given just yet, but you can be sure that much of the industry will be keeping an eye on this one.