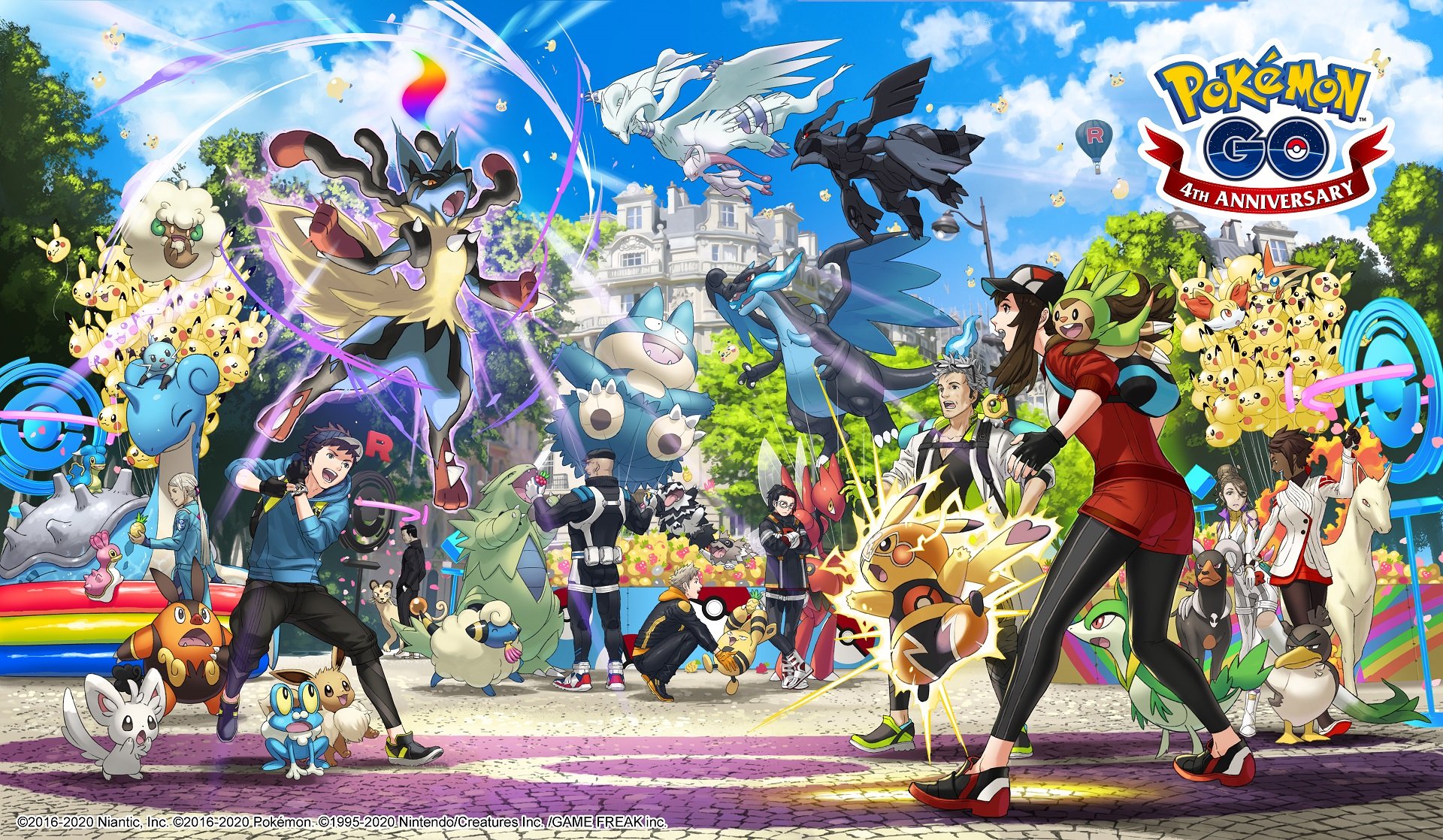 Perennial mobile AR mega-hit Pokémon Go continues to dominate sales charts. In a new post from today, mobile games analytics group Sensor Tower reports that the game has surpassed $3.6 billion in lifetime revenue over the course of its four years on the market.

The U.S. has provided the lion’s share of revenue for Pokémon Go; the country is responsible for nearly $1.3 billion, or 35% of lifetime spending, with Japan and Germany rounding out the top three.

“The blockbuster title has remained the clear leader in location-based gaming, a category it trailblazed across the globe thanks to the mass appeal of the IP and its ideal fit to the genre,” the report reads.

In January, Sensor Tower reported that 2019 was the most lucrative year for perennial AR title Pokémon Go, but given the most recent statistics, 2020 is on track to meet or surpass last year’s numbers. Throughout the first six months of 2020, Niantic’s juggernaut has already generated $445.3 million.

“Given the momentum we've seen around Pokémon Go so far in 2020, we expect it will end this year well ahead of 2019, and stands to benefit considerably from a lifting of restrictions on group socialization we expect in early to mid 2021,” Randy Nelson, head of mobile insights at Sensor Tower, told GameDaily.

The numbers come despite--or perhaps because of--the ongoing COVID-19 pandemic, which has seen the masses shelter in place. Quarantine orders may seem like bad news for a game that requires traveling outdoors, but developer Niantic has made a number of changes to Pokémon Go to make playing at home easier. For example, you can participate in raids with friends remotely, and the game’s Adventure Seek functionality has been fine-tuned to indoor conditions.

“Niantic was quick to adapt during the initial spread of COVIDS-19, implementing numerous play-at-home features in Pokémon Go to ensure its player base could continue to enjoy it—and ultimately continue spending—in quarantine,” Nelson explained. “The developer has a strong track record of continually updating and refreshing the game through live operations which enabled it to act nimbly and ultimately avoid negative effects from the pandemic.”

As quarantine orders begin to lift in various countries, Sensor Tower expects that Pokémon Go may see a surge in revenue. Of course, it’s nearly impossible to accurately predict such trends given today’s unprecedented conditions, but if Pokémon Go is performing this well under lockdown it’s not hard to imagine that revenue could skyrocket as the masses start emerging from lockdown.

It’s noteworthy that in the U.S.--again, the game’s most lucrative region--confirmed cases of COVID-19 have been growing while many countries in Europe and Asia appear to have the disease under some facsimile of control. How this will impact the game’s revenue in the long run is unknown, but it’s certainly a variable to keep an eye on.

While Pokémon Go may be far and away the market leader, there are a few other well-received location-based AR games that have appeared in recent months. In Japan, Dragon Quest Walk has proven to be a popular choice--it has generated more than $540 million since September. Elsewhere, Jurassic World Alive brought in an estimated $76 million, and Let’s Hunt Monsters has generated nearly $70 million in China.

Still, these titles are nowhere near as popular as Pokémon Go, and even among non-AR-based mobile games, Niantic’s titanic blockbuster is a heavy hitter. In May, mobile mainstay Zynga reported a Q1 revenue of $404 million, representing a best-ever quarter for the company. Pokémon Go’s $445.3 million in the first half of the year may not be as lucrative, but it’s prolific for a location-based AR game.

“This ranks it among the most successful mobile games ever,” Nelson explained. “Candy Crush has generated considerably more revenue overall--$5.2 billion since January 2014 alone--but Pokémon Go has edged it out in terms of spending since July 2016, with $3.6 billion compared to Candy Crush's $3.5 billion.”

With numbers like these, Pokémon Go and Niantic are truly rubbing elbows with the mobile market’s most exceptional studios.