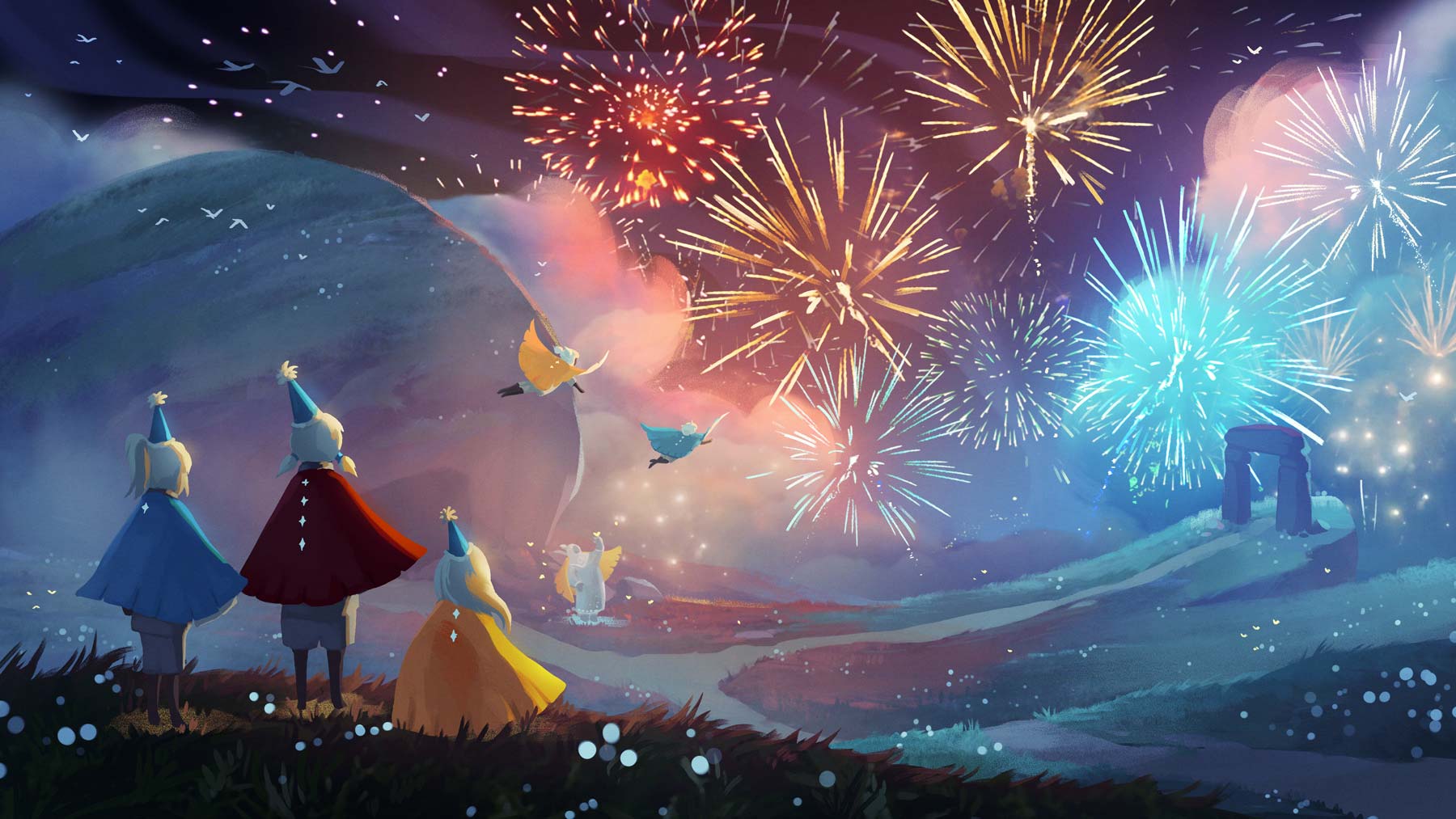 Last July, Thatgamecompany, the studio behind indie hits Journey and Flower, launched Sky: Children of the Light. It’s a social game developed first for iOS, with an Android release following earlier this year. True to Thatgamecompany’s existing portfolio, Sky sought to propel the video game medium forward through themes of altruism and discovery. It seems that audiences have taken strongly to the game, as Thatgamecompany has announced ahead of Sky’s one-year anniversary that it has been downloaded more than 20 million times.

“We’re incredibly humbled and proud of the attention Sky has received,” Tim Nixon, director of online experiences at Thatgamecompany, told GameDaily. “We find it hugely motivating that a game about compassion can be so successful. It has shown us that the world does want games that inspire kindness, generosity, and wonder. This is now a platform for us to build on to do even more innovative work with our social mechanics, and to be even more ambitious.”

The game’s free-to-play business model has propelled it to impressive sales numbers. According to Randy Nelson, head of mobile insights at analytics provider Sensor Tower, Sky’s performance is notable not only in terms of indie titles on mobile platforms, but also against Thatgamecompany’s own catalog.

“By reaching 20 million installs, Sky has managed to eclipse combined all-time mobile downloads of Flower and Journey on iOS tenfold,” Nelson told GameDaily. “We estimate that it's grossed more than $15 million to date. That's also more than 10 times the combined player spending in its two other mobile games.”

No doubt that Sky achieved these numbers at least in part thanks to Thatgamecompany’s reputation, but consistent support has also played a role in revenue and player retention.

“Since launch, we have shipped six new seasons of content, each with its own characters,

story, collectibles, and gameplay,” Nixon explained. “The key for us is that each of these updates expands the narrative core of the world, and makes the game ‘more Sky.’”

Beyond simply the mechanics of the game, Nelson said that Sky’s impressive visuals have also likely contributed to its success.

“Sky obviously sets a high bar for visuals in mobile games, which has no doubt gone a long way to help raise its visibility in an otherwise extremely crowded space,” he explained. “This, along with acclaim from the press and players alike, has further elevated its profile.”

Nixon said that player feedback is an important resource for Thatgamecompany, and the team plans to keep that a priority in the future.

“That means enhancing the aspects of the game that make it special: its emotional story and collaborative social dynamics,” he said.

Moving forward, Nixon said that Thatgamecompany has ambitious plans to keep Sky fresh and entertaining. Most prominently, the game is set to release on the Nintendo Switch this summer, and Thatgamecompany has plans to launch on other platforms thereafter. The goal, Nixon said, is to build a cross-platform world where players can interact and socialize, functionality that takes on even more importance amid the ongoing COVID-19 pandemic.

“We’re just getting started,” Nixon said. “As we expand out to new platforms and bring more people into the game across the world, Sky will evolve into a sort of altruistic virtual theme park where friends and family come together across devices to share a moment of peace and joy. We’re grateful for the support to do this work and will use the opportunity to its fullest potential.”

20 million downloads in the space of one year is certainly an impressive achievement, and Thatgamecompany has done well to cut out a substantial space in the booming mobile market. Of course, the coronavirus has only increased analyst predictions. But then again, a company with a reputation like Thatgamecompany’s doesn't need a pandemic to flourish.