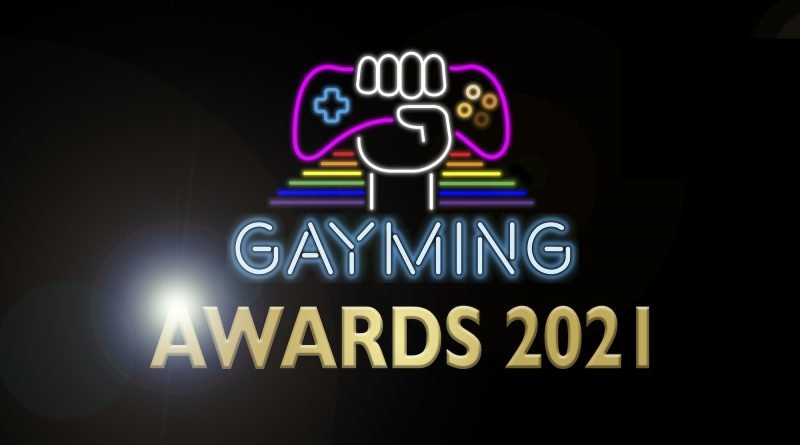 Earlier this month, LGBTQ-focused games journalism outlet Gayming Magazine announced the first Gayming Awards, which will take place in 2021. It’s a ceremony aimed at fostering a more inclusive gaming community, and acknowledging the progress the industry has--and hasn’t--made in propping up queer voices.

“We want to celebrate all facets of what makes games queer,” Robin Gray, founder and editor of Gayming Magazine, told GameDaily. “Whether that’s the workers in the industry, the content of the games, or the people who play the games. The categories have been defined to help us best achieve this aim.”

Categories include the typical award fare like Game of the Year and the Readers’ Award, but everything is framed around how well the LGBTQ community is represented in video games. Some of the more specialized topics--like the Industry Diversity Award, and Best LGBTQ Narrative--drive home Gray’s goal with the Gayming Awards. For example, the Authentic Representation Award celebrates the games that authentically represent what it means to live as a member of the LGBTQ community.

Gray said that all games released in the 2020 calendar year will be eligible for voting, which will take place between November and December of this year. A panel of over 20 LGBTQ judges will preside over nominations and voting, with the exception of the Best LGBTQ Streamer and Gayming Magazine Readers’ Awards, which will be voted on by the public.

Historically, the games industry has struggled to represent the queer and trans communities. In a 2017 study, as cited by the IGDA in its annual Developer Satisfaction Survey, advocacy group GLAAD noted that only 12% of its respondents identified as LGBTQ. In the UK, where Gayming Magazine is headquartered, things look a bit better: 21% of the industry identified as LGBTQ in the most recent games industry census.

Aimee Hart, deputy editor at Gayimg Magazine, notes that while these statistics are higher than they have been in the past, there is still a lot of progress that needs to be made.

“I feel that in some ways, developers and publishers are coming around to the idea of LGBT+ representation in their video games; just look at how well Ellie from The Last of Us 2 has been received, and the queer avant garde that’s still happening within indies,” Hart told GameDaily. “That said, the games industry still has work to do. In the UK, 70% of people working in the industry are male, and only 10% are [Black, Asian, and minority ethnic]. We need more individuals who just aren’t your old, straight white guys in leadership roles, and not just pushed out of sight, out of mind.”

More importantly, Hart said, minorities need to want to stay in the business.

“It doesn’t just stop with getting them in here, job done,” Hart explained. “We have to make sure they are protected, and can work their very best in conditions that respect them and what they do. That, in my opinion, is just one step forward towards ensuring an inclusive industry.”

It’s this principle of inclusivity that serves as a founding pillar of Gayming Magazine, Gray said. The outlet was established just over a year ago, in June 2019, with a goal of becoming a voice for the queer gaming audience.

“I was shocked when I discovered that there was no mouthpiece for the ‘gaymer’ community,” he said. “This spurred me into action to create Gayming Magazine. Queer gamers have struggled for decades to have their voice heard and to be respected. Too often, games are written from an ‘assumed straight’ point of view, and LGBTQ players have had to just deal with that.”

Exacerbating the issue is the notoriously toxic nature of online gaming. Homophobia, racism, transphobia, and all manner of hate have been allowed to fester unaddressed for years. Gayming Magazine, Gray said, is a sanctuary for gaymers who want to celebrate their community and share their experiences.

But it’s not just about the gaymers. Gray and Hart both hope that Gayming Magazine’s efforts touch the people who make games in addition to those that play them, after all. The Gayming Awards can be viewed as one such initiative.

“I hope that the industry not only sees how beloved their games are, but also for developers to see how successful games with authentic and meaningful LGBTQ characters and storylines can be,” Gray said. “I would hope this offers a way of challenging the industry to do better in order to win one of our awards!”

Hart’s example of Ellie from The Last of Us represents a step in the right direction for AAA development, but most of the heavy lifting is being done in the indie scene, she noted.

“I feel like every indie developer who has taken the time to create something that embraces being queer deserves an award,” Hart explained. “Of course you have your BioWares and DontNods who have created characters that many in the LGBT+ community relate to, and they’ve done a fine job at it. But you’ve got Robert Yang, Christine Love, Brianna Lei, Heather Flowers, and smaller studios like Studio Elan and Lunaris Games. They’re all part of the LGBT+ community, and are creating thrilling, impressive games that change how we view ourselves and the world around us.”

Looking at the big picture, queer and trans representation in games has been sorely lacking since the medium’s earliest days. In 2020, things are moving forward a bit, but there remains a lot of work to be done to ensure that marginalized voices are heard. It’s this notion that makes Gayming Magazine, and the upcoming Gayimg Awards, so important.

“As we drive forward, we are seeing more and more games have LGBTQ characters, and that is a good thing,” Gray said. “We will keep working to ensure these games are celebrated, but also will continue to hold the industry’s feet to the fire when needed too.”