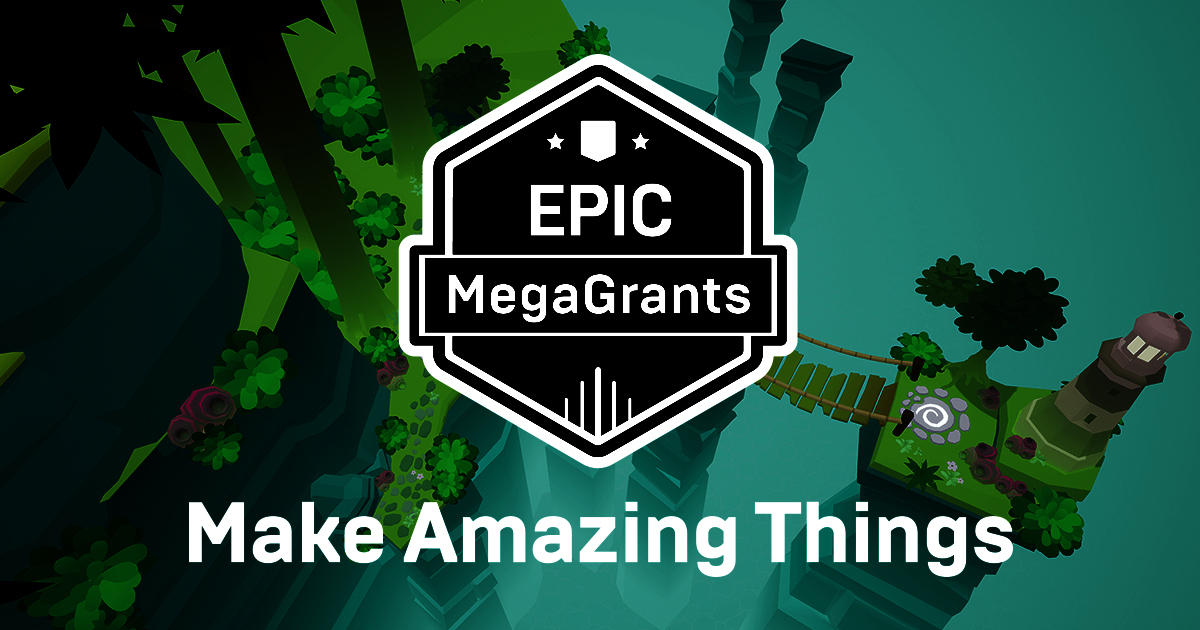 This week, Epic Games announced that it had closed a new round of funding that will result in a $1.8 billion injection into the company. Additionally, Epic has received a valuation of roughly $17.3 billion following investments from Sony, Baillie Gifford, Lightspeed Venture Partners, and many others.

“Having the support of leaders in the financial community accelerates Epic’s efforts to build a new kind of digital ecosystem using real-time 3D technology, services that connect hundreds of millions of people, and a digital storefront that offers a fair business model. We are delighted to have them as part of the Epic family,” Epic CEO Tim Sweeney said in a statement.

Exact details on how the funds will be utilized are unavailable, but it’s not unrealistic that at least some of the investment will make its way into Epic’s MegaGrants program. Launched last year, it’s an initiative aimed at supporting the projects of up-and-coming developers. Epic has pledged $100 million as part of the MegaGrants program, and has so far given out more than $42 million in assistance according to an announcement.

“Inspired by the tremendous impact of the Unreal Dev Grants program, Epic MegaGrants was born out of our desire to further our support of the creative community enhancing open-source capabilities for the 3D graphics communities,” Jeff Peres, director of the MegaGrants program, told GameDaily. “MegaGrants allows Epic to pay it forward in a sense, and allows our company to use a portion of our success to provide financial freedom to those around the world making amazing things, without having to give up their intellectual property or overcome significant obstacles.”

The MegaGrants program is aimed at more than just video games; anything that utilizes the Unreal Engine is eligible for funding, according to the program’s FAQ. The goal, Peres said, is to foster creativity in all forms of media, a goal that is in-line with Epic’s push to build out a metaverse.

For Peres, one of the reasons the MegaGrants program is so important is the uncertainty brought about by the ongoing COVID-19 pandemic. Traditional development environments have been hamstrung by stay-at-home orders, which has added another layer to the already-stressful development industry. By providing funding through MegaGrants, Peres hopes that Epic can provide at least a little peace of mind.

“We know that teams are continuing to adjust to virtual development models that allow people to sustain work through the pandemic,” he explained. “This requires adjusting lots of traditional in-person workflows. MegaGrants funding helps reduce the financial strain for recipients. Separately, developers are sometimes unable to take big creative risks due to the costs associated with R&D. We want to help minimize that risk through MegaGrants.”

Peres said that the process of selecting recipients for the grants was designed to be as streamlined and non-intrusive as possible. The criteria for choosing candidates involves the nature of the developer’s project, and its potential impact on the dev community.

“In brief, we’re generally looking for projects that have promise, maintain viable development and release strategies, and there are bonus points for those who give back to the development community by going open source,” Peres said. “We also leverage subject matter experts within Epic to make the best recommendations based on our criteria. These recommendations are vetted through various groups until we can reach a decision.”

Peres said that projects that are initially rejected aren’t necessarily out of the running for funding, and that devs are encouraged to reapply even if they aren’t successful at first.

“We know that projects are often a marathon and not a sprint,” Peres said.

One of Peres’ long-term goals for the MegaGrants program is to grow the Unreal ecosystem and bolster the number of developers who use the game creation engine.

“We have a number of goals for the future. To start, we want to continue serving our recipients by leveraging opportunities within the Epic ecosystem and our partners,” he said. “A good example of this can be found in our collaborations with Magic Leap and AMD, where we’re offering select recipients access to Magic Leap 1 devices and powerful AMD Ryzen 7 3800X processors.”

When asked what projects in the MegaGrants program he was most looking forward to, Peres pointed to F.I.S.T., Infintesimals, and Last Days of Snow, among others.

The development industry is notoriously harsh, pandemic notwithstanding, so it’s nice to see an enormous corporation like Epic Games use its sizable pocketbook and influence to help up-and-coming developers. The MegaGrants program is a respectable initiative that benefits all parties involved, and it will be interesting to track what kind of projects emerge from it.