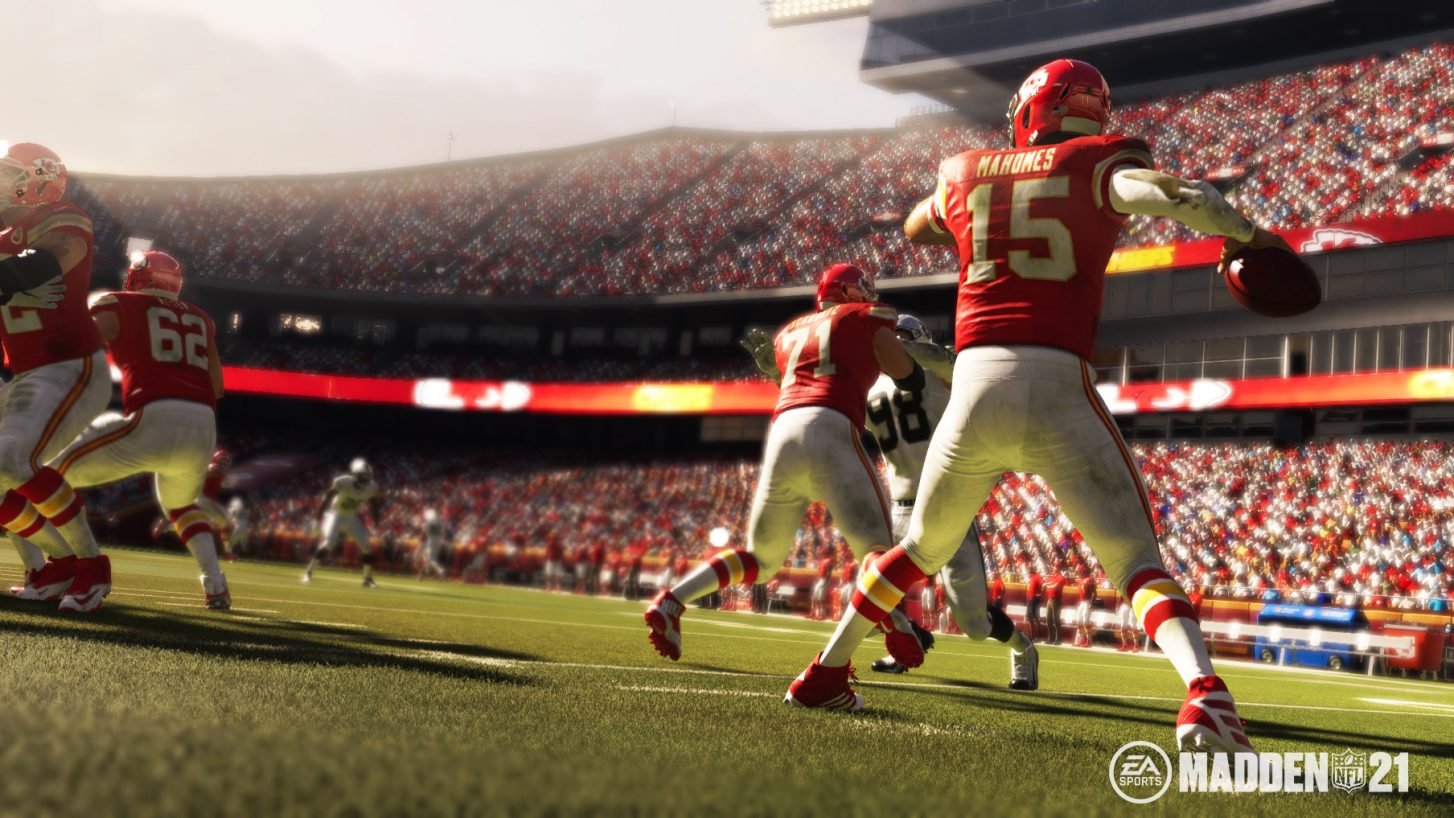 Analyst provider NPD Group has released its monthly report examining video game sales for the month of August, and the numbers highlight the ongoing rise in consumer spending since the onset of the COVID-19 pandemic. Overall, August saw $3.3 billion in spending across video game hardware, software, and accessories, which is a 37% increase over August 2019. Year-to-date spending is now at $29.4 billion, which is 23% higher than the same period last year.

Looking at the charts, it was Madden NFL 21 that snagged the top spot for August, making the 21st consecutive year that a Madden NFL game reached number one in its release month. According to NPD’s data, Madden NFL is easily the best-selling sports franchise, and the third best-selling franchise overall in U.S. history, right behind the Call of Duty and Mario franchises.

One of the more notable characteristics of August’s report is the fact that five of the top 10 games for the month came from Nintendo. Animal Crossing, Ring Fit Adventure, Mario Kart 8: Deluxe, Super Smash Bros. Ultimate, and Paper Mario: The Origami King took spots five through nine, shining a spotlight on just how strong Nintendo’s first-party lineup of games can be.

“And, of course, these charts only include physical sales for Nintendo published games, so the feat is even more impressive,” Mat Piscatella, executive director of games at NPD, told GameDaily. “Sales of Switch software were positively impacted by the strong hardware performance of course, but most of the Nintendo-published titles on the charts are also of the evergreen sort. Nintendo has had a stellar year in the video game market, with no sign of slowing anytime soon.”

On the hardware front, consumer spend totalled $229 million, with the Switch far-and-away the most in-demand console. NPD notes that the Switch set a new record for August hardware dollar sales, overcoming the previous record set in 2008 by the Wii. In all, Switch unit sales volume has more than doubled compared to a year ago.

“Supply was a big factor in the August performance of Switch,” Piscagella explained. “The summer months have been supply constrained for all the hardware platforms, and this is the first month the market saw a big bump in available Switch inventory.”

Looking forward, Piscatella said that he expects the Switch to continue leading the hardware market in unit sales in 2021, even after the launch of next-gen consoles from Sony and Microsoft. At this point the Switch’s momentum has a life of its own, and, given Nintendo’s penchant for iteration, the console has the potential to receive new models in the future.

“Nintendo has a long track record and history of releasing new versions of existing hardware. I do not anticipate that stopping with the Switch,” Piscatella said. “What form those revisions may take I do not know. The one thing I've really learned after 15 years in the industry is that making predictions on what Nintendo may do is a fool's errand.”

Meanwhile, on the peripheral front, flight sticks have become a hot commodity following the launch of Microsoft Flight Simulator 2020. The flight stick segment has exploded, with budget-friendly controllers becoming nearly impossible to find. Piscatella said that further analysis is needed to have a clearer picture of the flight stick market right now, but it’s impossible to deny the surge in popularity.

“Console dollar sales of stick controllers, which include flight sticks, increased 50% in August 2020 when compared to a year ago. Flight sticks had been a quiet segment for some time, but the launch of Flight Simulator has certainly reignited interest.”

In this same vein, Piscatella said that one of his primary takeaways from this month’s report is just how strongly the accessories market has performed. Spending on gamepads, headsets, and steering wheels all set new August and year-to-date sales records.

“It is very unusual historically to see such strong accessory spend in a console transition year,” he said. “But we haven't yet had a console transition where so many accessories are forward-compatible. In any case, we're seeing all new consumer behaviors being reflected in never before seen sales trends. While this makes the job of a forecaster far more difficult, it's exciting to see.”

The biggest takeaway, though, is the continued strong performance of the Switch. Understandably, much of the industry has been primarily focused on upcoming consoles from Sony and Microsoft, but Nintendo has been setting records left and right with little fanfare.

“Given that we're likely to be in a supply-constrained situation for next generation consoles through the holiday, I would not be at all surprised to see--in fact I somewhat expect it--Switch to continue leading the hardware market through the remaining months of the year,” Piscatella said. “This is impossible to know for certain, however, given that supply volume is incredibly difficult to predict.”

Between the upcoming console transition, the COVID-19 crisis, and the unprecedented success of the Switch, this year has been a fascinating one for the games industry. It seems like every month, NPD’s sales report holds new surprises and records to unpack, and there are still four months left in 2020.