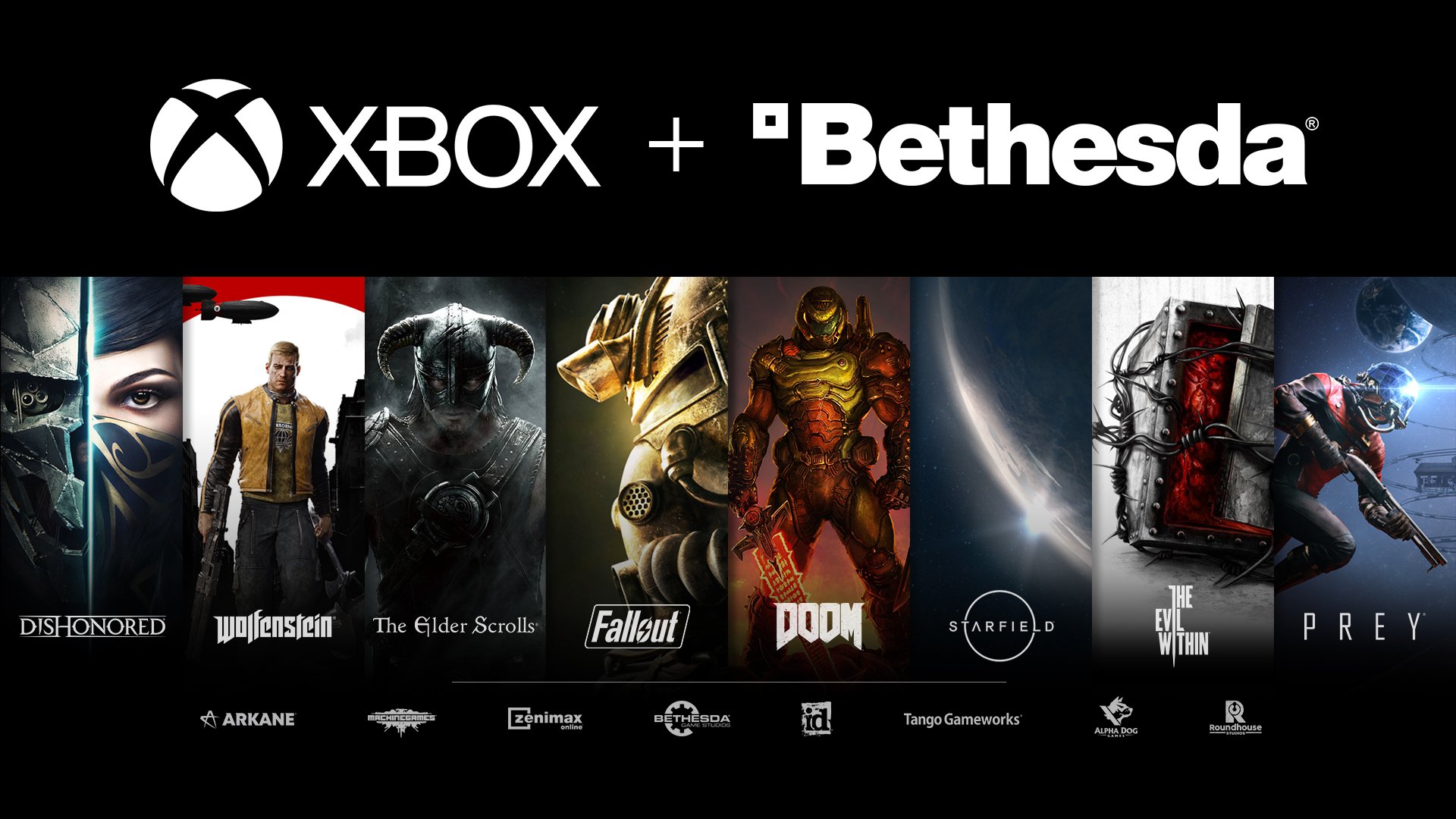 Today, Microsoft announced the news that it is acquiring ZeniMax Media, the parent company of Elder Scrolls and Fallout creators Bethesda Softworks. The deal is worth $7.5 billion in cash, making it one of the largest deals in video game history. It also represents an enormous boon for the Xbox Game Pass service, which has recently surpassed 15 million subscribers worldwide.

The transaction includes not just Bethesda Game Studios, but a number of Bethesda-owned developers as well, such as id Software, ZeniMax Online Studios, Arkane, MachineGames, Tango Gameworks, Alpha Dog, and Roundhouse Studios. In total, the Xbox Game Studios lineup has grown to 23 studios thanks to the acquisition.

“Gaming is the most expansive category in the entertainment industry, as people everywhere turn to gaming to connect, socialize and play with their friends,” Microsoft CEO Satya Nadella said of the deal. “Quality differentiated content is the engine behind the growth and value of Xbox Game Pass--from Minecraft to Flight Simulator. As a proven game developer and publisher, Bethesda has seen success across every category of games, and together, we will further our ambition to empower the more than three billion gamers worldwide.”

Smartly, Microsoft and Bethesda announced the news the day before Xbox Series X and Series S pre-orders were set to go live.

Over the last several years, Microsoft has been growing its stable of first-party studios by purchasing companies like Undead Labs, Playground Games, Ninja Theory, Compulsion Games, and several more. The acquisition of Bethesda, though, is by far the most significant--and expensive--purchase to date.

In a blog post, Xbox brand head Phil Spencer emphasized the importance of the Bethesda deal while reiterating that Game Pass remains the highest priority.

“Just as they took the bold first steps to bring The Elder Scrolls franchise to the original Xbox, Bethesda were early supporters of Xbox Game Pass, bringing their games to new audiences across devices and have been actively investing in new gaming technology like cloud streaming of games,” Spencer wrote. “We will be adding Bethesda’s iconic franchises to Xbox Game Pass for console and PC.”

In the past, Microsoft has been criticized for a perceived weakness in its first-party lineup when compared to Sony and Nintendo. The acquisition of ZeniMax and Bethesda clearly goes a long way in correcting that perception, but questions remain. And the precedent set by Minecraft, which is a Microsoft-owned property, means that it’s not out of the realm of possibility that we could see Bethesda games on PlayStation in the future.

Mat Piscatella, executive director of games and analyst firm NPD Group, said that it’s too early to make guesses on that front, though.

“I certainly won't say that future titles will be exclusive. Who knows?” Piscatella told GameDaily. “Microsoft publishes, or works with partners to publish, some of its owned IP across platforms. Yes, having more content in Game Pass will of course make it more attractive to current and potential subscribers, but there certainly aren't enough details out there yet to have a firm take on what it says about overall strategy. It's certainly a significant investment, however, and does suggest existing confidence in the sector and future success of Xbox as a brand and ecosystem.”

For his part, Spencer told Bloomberg that Microsoft plans to honor the exclusivity of confirmed PlayStation 5 games Deathloop and Ghostwire: Tokyo. Additionally, ZeniMax Online Studios has committed to continuing the operation of its MMORPG The Elder Scrolls Online on all of its current platforms. Spencer also said that moving forward, Microsoft's approach to the exclusivity of Bethesda games will be a case-by-case basis.

In the lead up to the launch of next-gen game consoles, Microsoft has been building an ecosystem around the Xbox brand centered on Xbox Game Pass. The service has been a runaway success, and on-demand gaming has become Microsoft’s bread and butter in the sector. By bringing Bethesda under its umbrella, Xbox is in perhaps the strongest position yet to grow its ecosystem even further.

“Microsoft’s acquisition of ZeniMax Media--owner of games developer and publisher Bethesda Softworks--is a major coup, and underlines the growing importance of the games business for the largest consumer-facing technology companies,” Piers Harding-Rolls, research director of games at Ampere Analysis, said of the deal. “It will help the company compete with Sony directly and also help it expand to reach new audiences through its Xbox Game Pass and cloud gaming initiatives.”

Harding-Rolls said that he expects the value of owned game IP to rise substantially in the coming years due to increasing competition from major new market entrants. The growing number of storefronts and on-demand services means that gaming is more accessible than ever before, but it also means consumers have to more carefully weigh their options. Thus, exclusivity becomes an even more important factor for game companies in terms of attracting new users.

At $7.5 billion, this deal is one of the largest in video game history. Microsoft’s purchase of ZeniMax represents a titanic shift in the video game landscape just ahead of the launch of the next generation of console hardware, and the result could be enormous growth of the Xbox ecosystem. Game Pass was already regarded as one of the best deals in games, and making the likes of The Elder Scrolls, Fallout, Doom, Wolfenstein, Dishonored, and more exclusive to Xbox is sure to have an enormous impact on subscriber numbers. This is certain to be one of the most-watched developments as we head into the next generation.