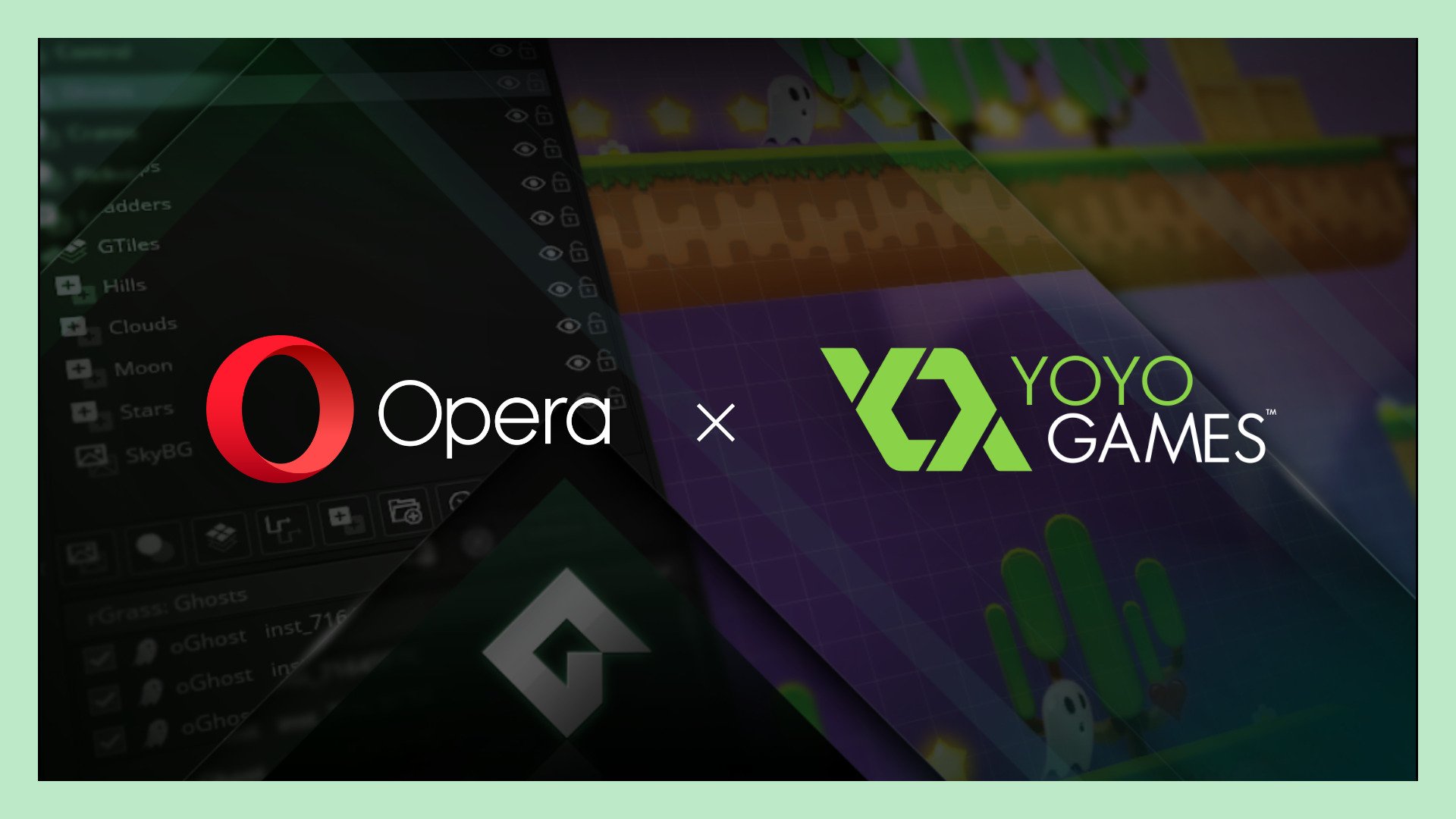 PlayTech has confirmed it has completed its sale of YoYoGames to Opera for $10 million.

As Reuters initially reported, The acquisition means PlayTech has given up all of its casual and social gaming assets, and Opera will use this as a foundation for creating the opera Games division.

The sale was initially to an unknown buyer, and thanks to YoYo’s GameMaker Studio 2 fans' efforts, Opera Software was confirmed to be the buyer. Opera is best known for its web browsers, and it will use this acquisition to form a new game division, Opera Games. This acquisition follows Opera’s 2019 release of its gaming-specific browser Opera GX.

“With Opera GX, Opera had adapted its proven, innovative browser tech platform to dramatically expand its footprint in gaming,” Krystian Kolondra, EVP Browsers at Opera, said in a press release. “We’re at the brink of a shift, when more and more people start not only playing, but also creating and publishing games. GameMaker Studio 2 is best-in-class game development software, and lowers the barrier to entry for anyone to start making their games and offer them across a wide range of web-supported platforms, from PCs, to, mobile iOS/Android devices, to consoles.”

YoYo Games was initially acquired in 2015 by Playtech for about $16.4 million. Gamasutra says the intention was to “penetrate the casual gaming space.” But, that hasn’t proven to be successful, as YoYo’s 2018 publishing division shuttered a year after its establishment.

Playtech is the world’s largest supplier of gambling software to online gaming operations. The sale of YoYo seems to be spurred by its financial trading division, as well as its online casino, poker, bingo and betting businesses were projected to be far ahead of expectations for 2020--primarily fueled by COVID-19 lockdowns.

“Playtech has previously stated that it is a strategic focus of the Company to simplify its business and dispose of non-core assets,” a trading update reads. “It is pleased to announce that it has now completed the sale of YoYo Games, part of the discontinued Casual and Social Gaming business, for a consideration of approximately USD 10 million.”