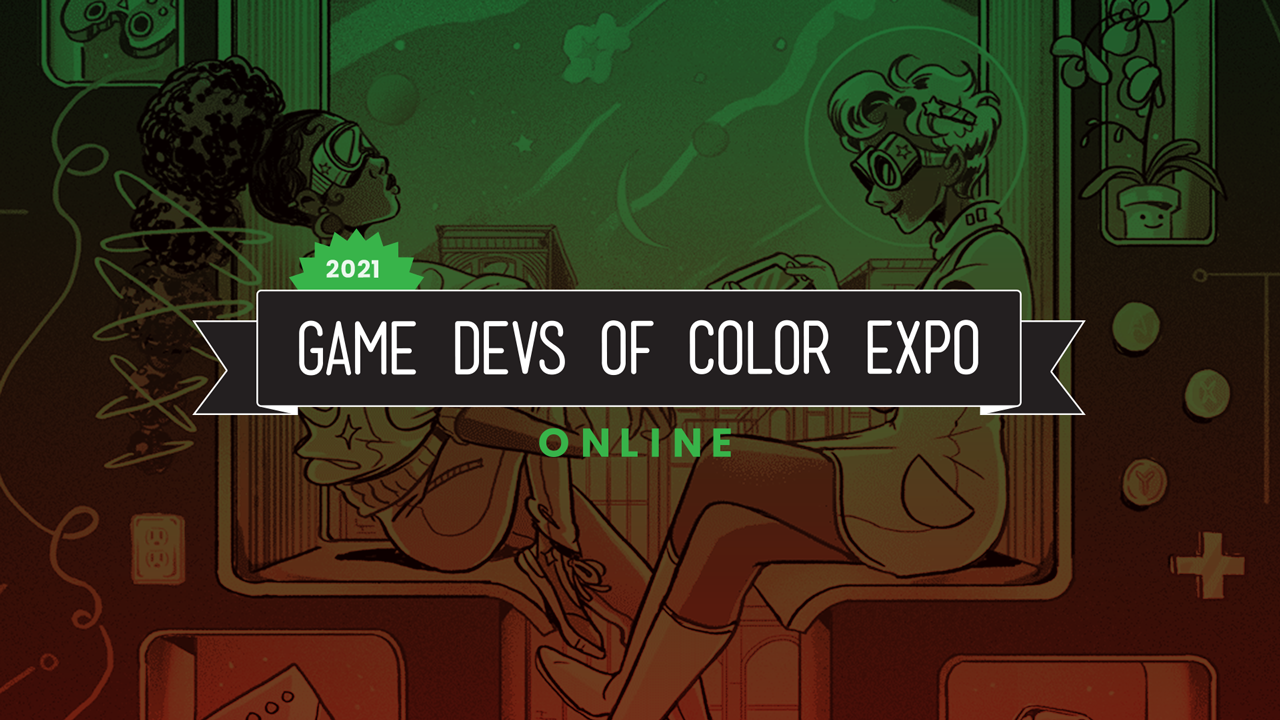 This week, the Game Devs of Color Expo (GDoC) announced the dates for its 2021 showing, and opened up submissions for exhibitors. The sixth annual event will take place September 23-26, and will be held online.

The GDoC Expo casts a spotlight on groups in the games industry that have been historically marginalized. Black, brown, and other people of color traditionally have not been afforded the same opportunities as their white counterparts, an inequality that expo organizers seek to address.

“Game development can feel unsafe, inaccessible, or impossible for those without privilege-- especially when their communities are being targeted, marginalized, and terrorized,” Catt Small, a co-organizer of the expo, told GameDaily. “People of color need a safe space in games to be joyful and celebrate each other. We amplify the voices of those who have historically been pushed to the margins, because making games, telling our stories, and being joyful are political acts.”

In the IGDA’s 2019 Developer Satisfaction Survey, only 19% of respondents identified as non-white. Small noted that too often, devs of color are encouraged to participate in something called “diversity zoos,” a term that refers to panels and talks that center the conversation around marginalization rather than their work. Small said that one of the primary goals of the GDoC Expo is to let creators’ work breathe without necessarily framing it in a discussion of underrepresentation.

“We know that the most crucial form of representation is the kind in which folks actually talk about how they work,” Small said. “The Game Devs of Color Expo gives BIPOC folks in games the opportunity to share their expertise instead of centering their experiences with marginalization in the industry.”

Founded in 2016, the Game Devs of Color Expo began as an experiment, a games showcase roundtable co-hosted by Small and web developer Chris Algoo. Attendees loved the event, though, spurning organizers to make it an annual thing. In the ensuing years, the expo has grown substantially, with in-person events being held at the Schomburg Center in Harlem, New York City.

“Each year, attendance and partnerships with major organizations grew,” Small explained. “We have had the honor of working with major gaming companies, including Xbox, Nintendo, Humble Bundle, Niantic, Oculus, and Amazon Gaming. In 2019, we offered our first grant to a game developer of color in the form of the Humble Bundle Game Creators of Color award.”

Since then, Catt said that they have given out an additional $90,000 to six game developers of color through a collaboration of Humble Bundle and indie publisher No More Robots.

When the event went virtual in 2020 due to the COVID-19 pandemic, attendance exploded from the mid-700s to more than 1500. The growing popularity inspired Small and her team to increase the length of the expo from a single day to a multi-day affair.

The games industry has long grappled with its relationship with professionals of color, a demographic that has not enjoyed the plentiful opportunities afforded its white counterparts. Small acknowledges this fact, and noted that recent years have seen some--if not enough--progress in this regard.

“I’m extremely proud that the Game Devs of Color Expo has been part of a wave to increase the representation of BIPOC folks in games,” she said. “A lot of the work so far has been centered around increasing the pipeline and shining a light on the folks who are already present. But creators also need access to opportunities and the ability to take risks.”

To that end, much of the GDoC Expo’s efforts centar on making sure devs of color have access to the resources needed to get their projects off the ground. Chief among these resources is capital.

“The first step is funding creators to build their best works,” Small said. “Through grants like the ones we gave out and the Moonrise Fund, I think our industry is going to see a major long-term change.”

Networking is another important aspect of Small’s work. The GDoC Expo has become a premier setting for professionals to meet and exchange ideas. Game development can be a complex and exhausting process, and it’s important that creators have access to a support network capable of seeing them through the toughest of it.

There’s no understating the importance of the Game Devs of Color Expo, as well as Small’s enthusiasm for the event. There’s a glaring diversity problem in mainstream game development, and efforts like the GDoC Expo are necessary to address the disparity.