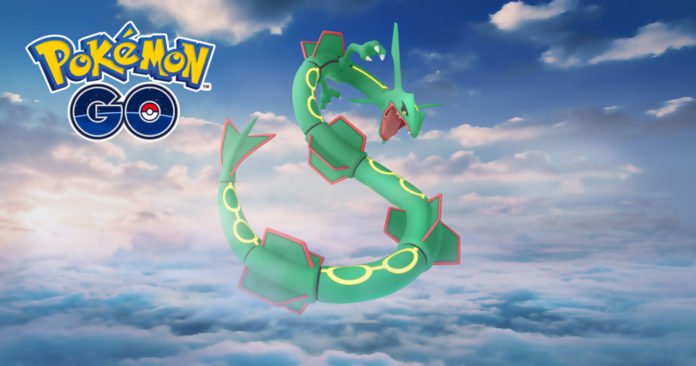 In recent years, the mobile space has become the most lucrative sector of the games business. Mobile analyst group App Annie estimates that in 2020, mobile games generated somewhere around $100 billion. For comparison, PC and console revenue reached an estimated total of $88.6 billion last year. Now, according to a new report from App Annie, mobile’s momentum has carried over to 2021, and is poised to bring in around $120 billion, a 20% increase over last year.

“Mobile gaming first overtook both home game consoles and PC and Mac gaming for highest consumer spend in 2014,” Lexi Sydlow, head of marketing insights at App Annie, told GameDaily. “The device base is a major contributor here. Mobile has democratized gaming--turning ‘non-gamers’ into gamers with easy-to-approach hyper casual games since every smartphone owner essentially has a portable gaming console within reach.”

Smartphone saturation has clearly turned the games industry on its head, and mobile revenue has been tracking upwards for years now. This trend got a helping hand last year, though, thanks to COVID-19 and quarantine efforts.

“We definitely saw the pandemic accelerate growth in mobile gaming,” Sydlow said. “In fact, downloads of games outpaced overall download growth by 2.5 times, and reached 80 billion annual downloads globally, which is the highest level yet.”

Sydlow is quick to point out, though, that this was building off an existing trend of consumers using smartphones as a go-to gaming console. Still, there’s no denying the overall impact the pandemic has had on the mobile sector.

App Annie’s report also examines the differences in demographics that consume mobile games. There are two primary categories here: core gamers, and casual gamers. The former, Sydlow explained, tends to stick to one or two more progression-based, in-depth games and monetize through in-app purchases. Leading titles in this segment include MOBAs like Honor of Kings and RPGs like Genshin Impact.

Casual players, meanwhile, tend to monetize via in-app advertisements within hyper-casual titles. These are games built around shorter play sessions and lend themselves to quick bursts of gameplay.

As Sydlow points out, there is an emerging blend of these two game types. Hybrid experiences, she said, are become more common as developers look to increase engagement with their titles.

appeal to both more casual gamers, and to those likely to engage deeply and pay for in-app purchases,” Sydlow said. “In core gaming, we are seeing in-app ads complement in-app purchases more prominently in western markets like the US, Europe, Latin America and South America when compared to the Asia-Pacific region.”

As part of the increased attention mobile titles are enjoying, many developers are employing event-based incentives to engage lapsed or new players and extend a game’s longevity. Pokémon Go is a premier example of this--the augmented-reality powerhouse holds a number of in-game events annually, including Pokémon Go Fest, which resulted in the game’s biggest single-day consumer spend last year.

Contributing no small part to 2020’s impressive numbers--and App Annie’s 2021 projections--is Among Us. The social party/deduction game had a breakout year thanks to an influencer-backed campaign and a hugely popular stream from Representative Alexandria Ocasio-Cortez. The implications of Ocasio-Cortez’s stream are many, Sydlow said, and could represent a new avenue for political engagement, much less mobile game engagement.

Part of the appeal of Among Us is its hybrid gameplay that appeals to both hyper-casual and core gamers alike. It’s a model that App Annie expects to become more popular throughout 2021.

“We expect 2021 to be the year of hybrid mobile games as gamers get savvier and mobile phones are becoming more capable in providing sophisticated experiences previously only available on Console or PC,” Sydlow said. “We expect more hyper-casual games to evolve in terms of blending mechanics and creating deeper engagement. Hyper-casual games have been a great user acquisition funnel for many publishers, and now we expect the focus to shift partially to building depth and engagement.”

Tencent and TiMi’s Honor of Kings is another perennial revenue generator--particularly in Asia where it is a leading mobile title every month. First launched in 2015, the MOBA has come to dominate the mobile scene, and has launched TiMi into prominence.

“Honor of Kings has cultivated a strong engaged user base, and is driven largely from popularity in China,” said Sydlow. “The Asia-Pacific region drives a significant portion of spend and time spent among core games. Part of this engagement is driven by the fact that it’s a MOBA game, a category which tends to cultivate deep engagement and retention.”

One of the bigger stories in the mobile scene in recent months is Roblox; the creator-driven sandbox title has steadily grown in popularity over the years, and recently punctuated its success with an initial public offering. According to mobile analytics group Sensor Tower, Roblox has generated more than $2.5 billion in lifetime revenue. Further, users can monetize their creations which has resulted in a dense economy for the title.

“Part of Roblox’s success is that it has created a whole community within a game--even providing an area to host an exclusive Lil Nas concert during a time when live music was largely on pause,” Sydlow said of the game’s success. The intersection of user-generated content, mobile gaming, and virtual events offers a compelling platform for Roblox to foster innovation and deep engagement into 2021 as habits formed during the pandemic become the new normal.”

All told, the mobile games market is the most lucrative sector of the industry, a fact upon which the pandemic has cast a spotlight. Sydlow said that there are a number of interesting emerging trends to keep an eye on, such as more hybrid experiences. We should also expect to see more evolution on the advertising front as well.

“With more people gaming than ever before, and doing so on mobile, it’s an incredible opportunity for advertising and cultivating unique partnerships to reach new audiences, particularly Gen Z,” Sydlow explained. “We are already seeing this play out with high fashion sponsorships of e-sporting leagues and partnerships with mobile gaming publishers. And this is just the beginning.”

This makes mobile a space to watch for all industries, not just gaming. It’s a dense market rich with opportunities for savvy advertisers and non-endemic brands. Thanks to smartphone saturation, every person who owns a device is a potential gamer. This is no doubt going to play a role in App Annie’s projections for the year.