IP-based games are thriving in the mobile market 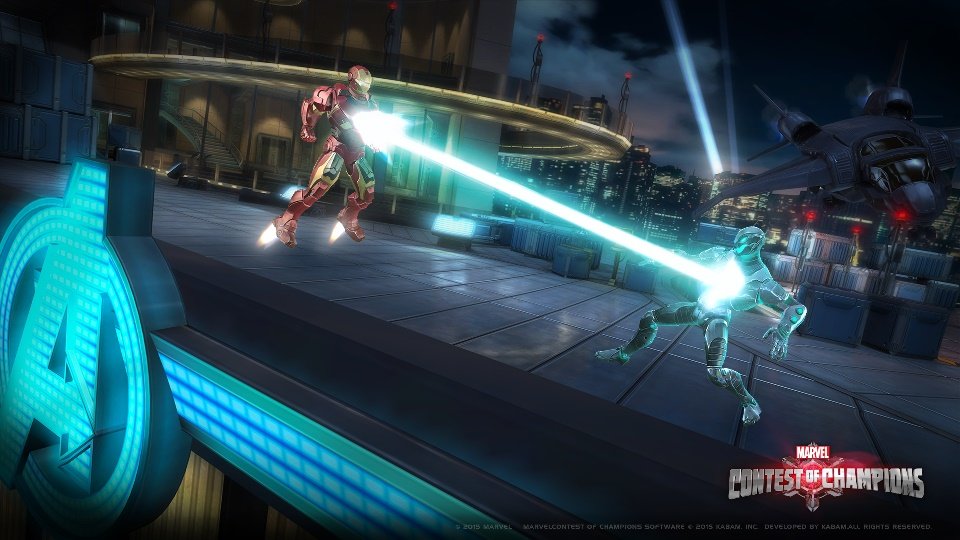 Last week, games industry data company Newzoo published a report examining the market for mobile games based on existing properties. According to the research, IP-based games have become a very lucrative revenue stream in the mobile sector, with titles based on Marvel Comics, Star Wars, Journey to the West, and Onmyoji emerging as the most profitable intellectual properties there. In fact, Newzoo estimates that since 2015, the top three IP-based mobile franchises--Journey to the West, Marvel, and Onmyoji, respectively--have generated an upwards of $8.7 billion in revenue.

For Tianyi Gu, market lead of telecom and mobile services at Newzoo, the lucrative nature of IP-based games on mobile speaks to consumer demand for beloved brands. Games based on non-gaming properties have long been a part of the industry--dating back to the days of the Atari 2600--but Gu notes that, today, mobile platforms are an ideal home for such titles, especially as the costs of AAA console and PC development continues to skyrocket.

“The relatively shorter development timeframes and lower investment costs of mobile game development, as well as mobile gaming's massive revenue growth and user base have led IP-holders to look to bring their top franchises to the mobile platform,” Gu told GameDaily. “This has been amplified by the pandemic, which puts many brands’ ad spend in flux.”

Mobile game publishers also stand to benefit from utilizing intellectual properties for their titles; brand recognition provides a strong organic pathway to user acquisition, Gu said, which is set to become even more vital in a post-IDFA era where advertising strategies on Apple platforms is about to undergo a major upheaval.

While it didn’t feature in the top five games in terms of revenue or downloads last year, Marvel Contest of Champions by Kabam remains a perennial example of licensed success on mobile platforms. Since its release in 2014, Newzoo estimates that it has brought in around $1.3 billion, with the US being responsible for 56% of all revenue. While the popularity of Marvel’s characters is certainly a large contributing factor here, it’s also important to note the consistent dev support the game has seen throughout the years.

“One of the key success factors for Marvel Contest of Champions is the amount of content that is introduced regularly,” Gu explained. “The depth of the Marvel IP allows Kabam to regularly update the game with fresh storylines and events to keep the game exciting for players. The nature of the original IP and the level of freedom that the IP-holder is willing to offer are important factors to consider for game developers/publishers while signing IP licensing deals.”

Contest of Champions also spotlights another important mobile strategy: live services. A regular cadence of new characters and content provides more avenues for monetization, which adds to a game’s value in the eyes of players. Further, keen marketing and timed character releases are important parts of licensed success.

“The game has smartly aligned character releases with movie releases (Hela in Thor: Ragnarok), which helps generate more organic traffic and as a result, a larger number of downloads and engagement,” Gu said. “These events provide great opportunities for publishers to leverage the popularity and influence of the original IP.”

Newzoo’s report notes that the US is the most lucrative market for Contest of Champions, while it’s not nearly as popular in Asia. There, in the largest games market in the world, the mobile sector is absolutely booming, and it’s Eastern properties like Journey to the West that command the most player spend.

“Though both Eastern and Western publishers have long been implementing IP-based games, Eastern publishers have gone bigger on mobile IP specifically while the West's biggest IP successes have historically been more on PC and console (Star Wars, Spider-Man, Batman: Arkham),” Gu noted.

Additionally, where Western mobile devs tend to tap into films, television, and comic books to supplement their portfolios, Chinese studios are more likely to be founded solely to take advantage of existing popular properties. Meanwhile, Japanese companies tend to lean toward anime and manga adaptations.

As Chan pointed out, while the market is ripe for mobile IP-based games, such titles face an uphill battle in the larger mobile market. With only 19 licensed games appearing in the top 100 earners last year, Gu said that there is ample room to grow.

“There are still relatively few entertainment-based IP-based games cracking the US mobile top 20 (by revenues),” Gu said. “However, we expect that the trend is going to pick up in the West, especially in a post-IDFA world. With the growing appetite for premium and mid-core experiences on mobile--in the East and West alike--IP-based mobile games will become increasingly complex and high quality.”

It’s not just film and television IP holders that will seek to take advantage of the mobile market in coming years, either. Some of the industry’s largest publishers are also taking steps to ensure their properties find a home on mobile--think Diablo Immortal from Blizzardand League of Legends: Wild Rift from Riot.

In all, the mobile market continues apace as the games industry’s largest and most lucrative segment, and IP-based titles are a large part of why this is the case. As Gu pointed out, expect publishers to lean into this market even further in coming years.