Behind the success of VTubing with Leaflit Mitsuha 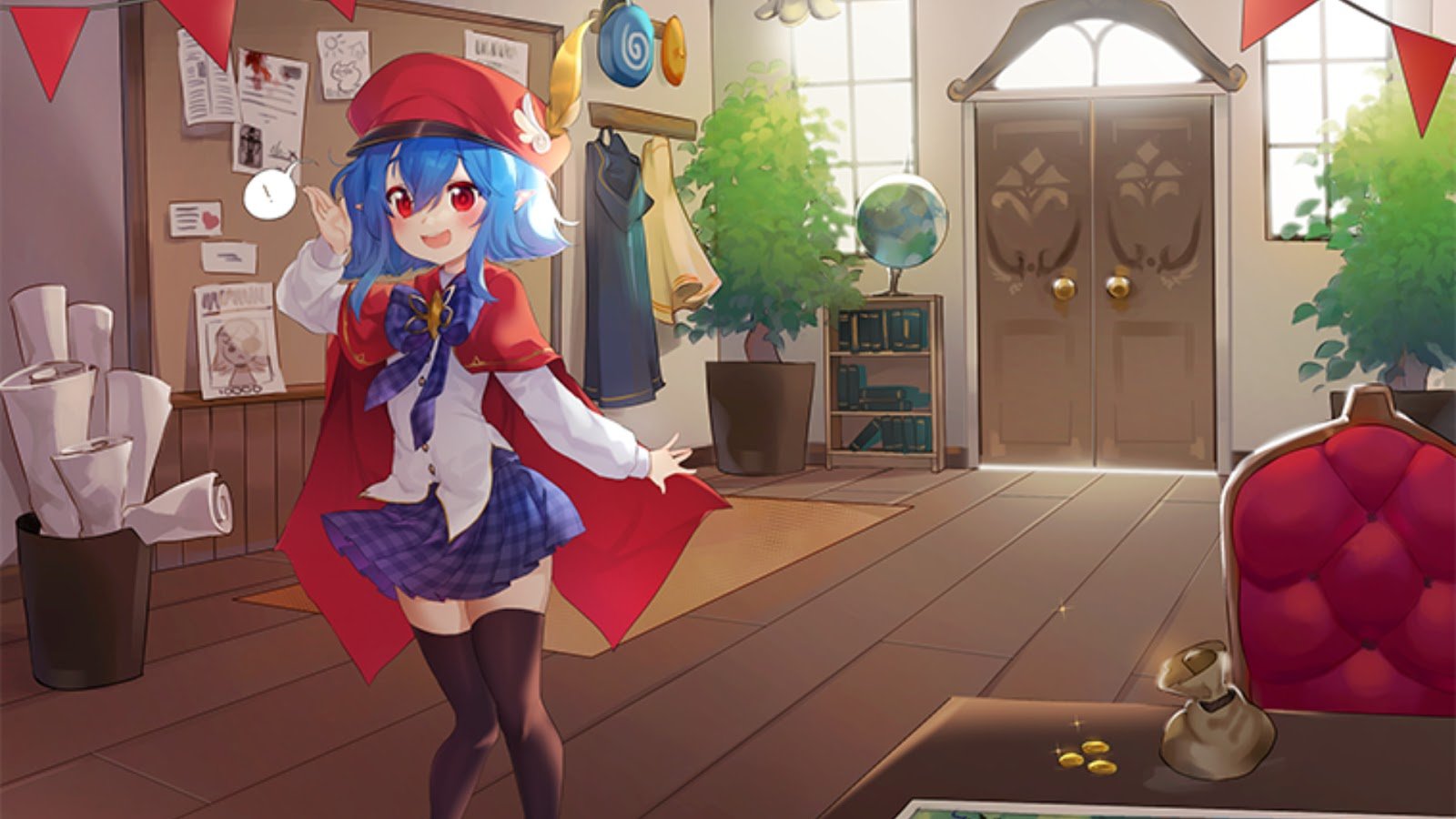 Murmurs of excitement fill the air as a new day begins in the Free Trade City of Mothergreen. Business is booming in the buzzing town as merchants open up shop. Working as a guild receptionist for adventurers, a half-slime/half-faerie named Leaflit Mitsuha greets her clients with a beaming smile as she offers up contracts. When she gets home, she carries that same energy almost every weeknight for humans in our world and non-humans alike as she streams her favorite games.

Leaflit is a VTuber, a character from a relatively new phenomenon for streaming on Twitch and YouTube. With anime-like 3D models and personalities, these virtual idols deliver a blissful carefree stream to their audience. And they’re popular. On YouTube, eight of the 10 most superchatted channels are for these virtual streamers, who bring about a positive burst of energy for those struggling during the COVID pandemic.

When asked why VTubing’s become so popular, Leaflit explained it “has taken off because it removes all of the barriers that there are for streaming.” She said that “it allows you to kind of be more yourself.” Leaflit admitted she is quite introverted in real life, but as she streams, she brings out a bright, spirited, and bubbly personality on screen.

As a female streamer, she said that it’s a way to avoid possible unfair backlash for her gender.

“It's comfortable to have the wall of a monitor in front of you; it kind of removes, I guess, a lot of risk,” Leaflit said. “Then, VTubing is like a second wall in a way, right where you can kind of be more comfortable.”

Another reason VTubing has become more popular is the current rise in anime and interest in Japanese culture within Western territories. Last year, the My Hero Academia super hero manga series sold better than the likes of Batman, Spider-Man, and Superman, as the Japanese medium dominated the top 10 best sellers list according to GamesRadar and the NPD Group.

“I've always had the situation where I'd watch an anime, I'd feel really invested in the character, and then it just ends,” said Leaflit. However, with VTubing, she said that the story doesn’t have to end, and the audience can stay connected to their beloved character over a longer period of time. “So you can actually interact with the anime, you can actually keep watching it; you'll feel like your investment kind of ends when it ends,” Leaflit explained.

Furthermore, interest in VTubing skyrocketed last year as Gawr Gura was the first to break one million subscribers for Hololive, a Japanese talent agency specializing in Vtubers, according to Polygon. The shark-themed VTuber now has over 2.4 million subscribers at the time of writing.

Despite this rush of interest, Leaflit feels like possible sponsors aren’t utilizing the industry enough. “There's definitely a lot more interest in [VTubing], than there [is] support as far as advertisers and such.” She has been successful in getting deals like showcasing the mobile game Star Trek: Fleet Command.

“People tend to, like, kind of feel they trust what [VTubers] say more as long as you really, really like the product, and I feel like a lot of companies are really not capitalizing on that,” Leaflit explained. She argued that “there’s a lot of products that could be used by people within the target audience, for VTubers or streamers in general”

“There's a lot of streamers that all you would really need to do is get in contact and like, provide some kind of value to them, right?” Leaflit said. If the product is something she believes in, she said she would “more likely” work on a sponsorship for less money because it’s easier to convey the message to her audience. It would however depend on how intrusive the sponsorship would be.

Streaming is a very personal business as the content creator has a close interaction with the fans, and the reason why VTubing works so well is that the personalities can really shine.

Let’s be honest. Anime fans would love to talk to their favorite characters live, and Leaflit, alongside many other VTubers, provide that. It’s surprising that production studios in Japan haven’t jumped on the trend. Who wouldn’t want to talk to All Might, Goku, or Luffy? However, it can be tricky as the chat keeps rolling through, and there’s an element of multitasking between interacting with the viewers and playing the game.

“Well, the important thing is to try to make sure that everyone feels valued, and it's really difficult,” Leaflit said.

She explained that if she sees someone new in the chat, she’d try to recognize what they’re saying. However, she tries her best with everyone to acknowledge as many people as she can. To help with this, Leaflit makes a habit of saying hello and goodbye to those who watch the beginning and ending of the streams. “Even if that’s a small interaction, it’s something that kind of makes people feel like, ‘Oh, wow, you actually read my message.’” She thinks it’s a very important element of being a streamer. She’s been so good at this that she’s had fans propose to her character, asking if she’d be their waifu; however, she takes this with funny tongue-in-cheek replies

Another important element of streaming is engagement and interaction. Channel points are a relatively new system on Twitch that lets viewers gather points by interacting on the stream, subscribing, following, or simply watching the stream. Streamers implement rewards from these channel points to encourage longer viewing. Leaflit’s viewers can choose to remove or put back on her adorable hat by voting with their channel points. In addition, they can have her rate their husbandos and waifus for 1,500 points.

Building a community on platforms like Discord is also vital to the lifeblood of your channel, according to Leaflit.

“There's a lot of VTubers, so if you don't build a community, it doesn't really create a situation where people feel invested in like your stream personally, right?” she said. “You want to create a situation where people feel like they belong somewhere, I think.” Avoiding politics has also helped her community feel welcoming. “It's kind of nice to just have a place where you don't have to deal with it."

During the age of COVID, people around the world have felt exceptionally lonely in isolation. StreamElements reported that Twitch saw a significant jump in viewership with a growth of 83% year over year. There is more interest growing on the platform, and that is trickling down to VTubers as well. “There definitely was like a huge spike in viewers during COVID,” said Leaflit. She explained that there are fewer entertainment options, and that people look for some sort of community to be a part of in this isolated world.

With so much competition, however, it can be tough to stand out. Leaflit’s advice to newcomers interested in VTubing is to research and understand who your target audience is. “You need to sit down [and] think to yourself what kind of streamer are you, what kind of skills do you have, and how can you target that in a way that’s not oversaturated,” she said.

She calls herself a strategic person but at the same time, she knows that she can’t play a game that she hates, even if it’s popular. “You still have to kind of be yourself,” she explained, “If you don’t like a game, people will notice it; if you’re having a hard time, people will notice it.” You also have to adapt and pick games that you like and are popular in the moment rather than sticking to one particular title.“You have to be in the games where the viewers are.” Also, she recommends that you don’t pick a game with only five viewers as you’re capped with the size of that audience.

Right now, it’s hard to get into the VTubing industry as there are relatively few artists that can use the Live3D software. It’s a tool specifically for rigging and 3D modelling a VTuber character; it also recognizes the streamer’s movements like their head and upper body that is realized on-screen. The software is so niche that there are months-long waiting lists for the most popular artists on the platform.

“All the artists are so slammed right now,” Leaflit said. Some have reportedly been taking advantage of this situation as they scam budding VTubers. “You just gotta be careful.”

She recommends checking out other channels, finding the credit for the artist, and then contacting them for a new model. She also says that 3D is a lot cheaper than 2D work and is easier to get a mid-tier product in that space.

Something that helps Leaflit Mitsuha stand out, other than her upbeat personality, is that she streams with her faery (and real life) mother Asari. Both have played games together since being guild mates in World of Warcraft, Ragnarok Online, and Final Fantasy XIV. Because of that, she feels comfortable hanging with her as gamers. “My mom doesn't really get mad if I tease her or whatever because she's used to that,” said Leaflit.

The slime makes fun of her mom for the wide skill gap they have in competitive games. Meanwhile, Asari always embarasses her during the streams as Leaflit tries to look cool and edgy in front of her friends. The duo have a charming chemistry and offer a cute alternative in the VTubing scene.

You can catch Leaflit’s variety streams live from Mothergreen on Mondays, Wednesdays, Thursdays, and Fridays typically starting at 6PM Pacific Time. However, she also streams randomly outside those days. They run from four hours all the way to 15 hours, if she’s really into the game. Recently, she’s been loving Crytek’s first person shooter Hunt Showdown.

“[My audience is] like, you know, go to bed or whatever,” she said. “I would be playing this anyway even if I wasn't streaming, right?” She said that she would have played on anyway regardless of the stream being on or off, so she keeps going. “I really enjoy my community; I enjoy hanging out with them, and [..] it’s really the difference between playing games by yourself or having friends over, and just kind of playing games on the couch” 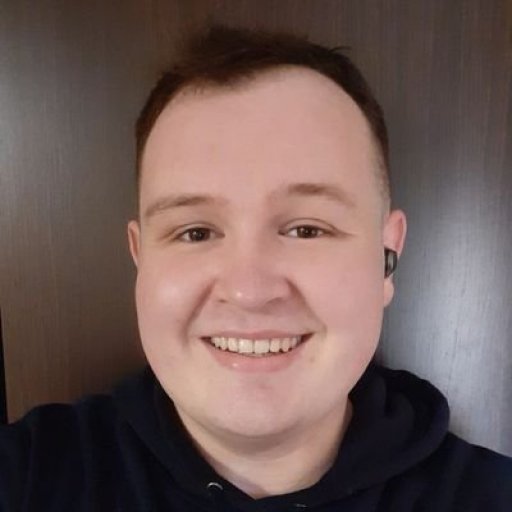 Chris Penwell is an upbeat video game journalist since 2013 with a Bachelor of Communications from MacEwan University. He might talk about Kingdom Hearts too much, but you can check out his podcasts Active Quest every Tuesday and Go Beyond: A My Hero Academia Podcast on Wednesdays.

The dispute centers on Streamlabs' website design and product reviews, and has resulted in further accusations of unethical business practices.