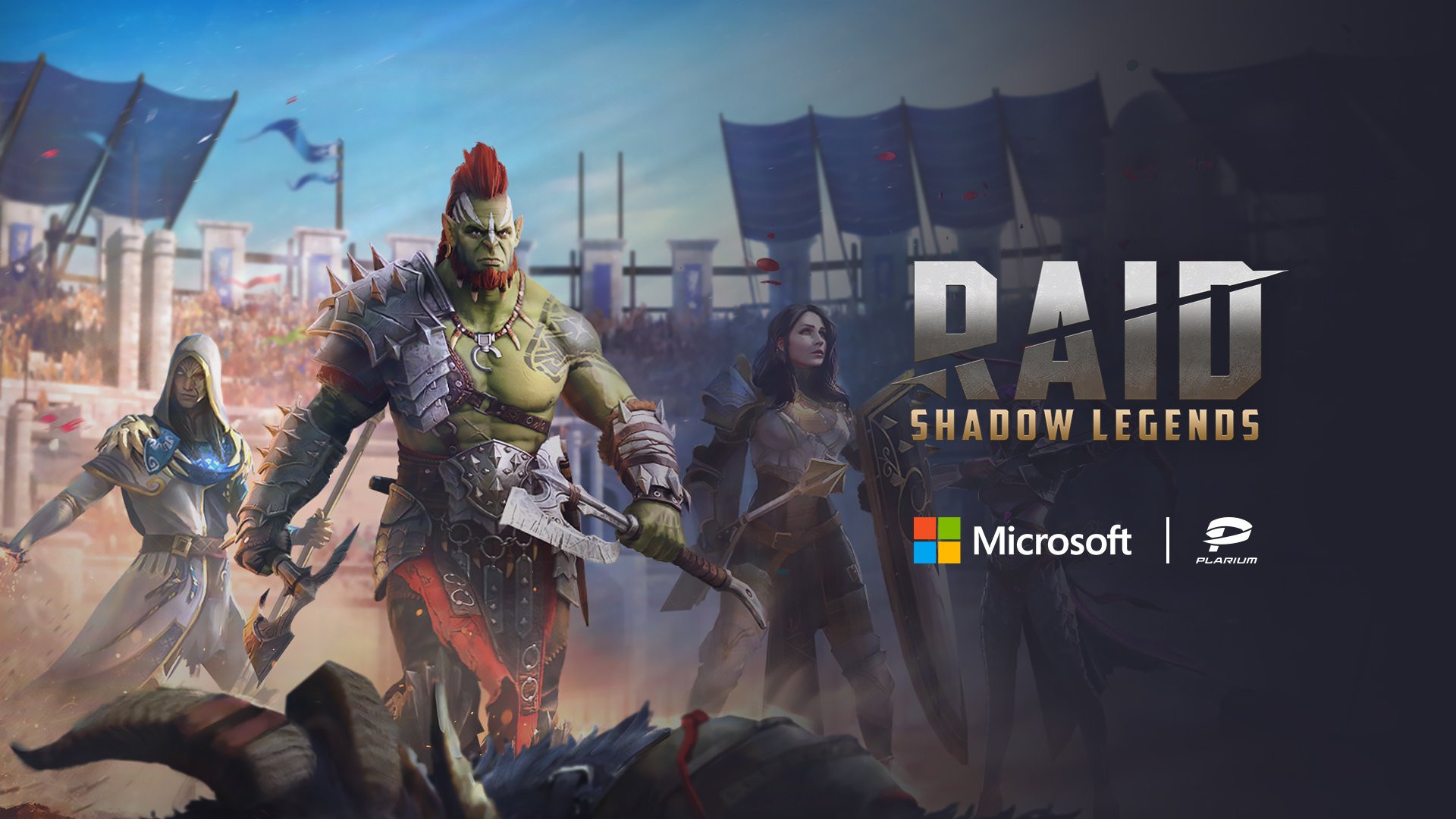 Mobile powerhouse Raid: Shadow Legends is now available on the Microsoft Store, developer Plarium has announced. The collection-RPG title is looking to grow its already substantial audience, and Plarium is turning to the PC space to tap into the player base there. Launched in 2019, Raid is only a couple years old, but it’s already experienced impressive growth and revenue numbers. For Guy Ulmer, head of strategic partnerships at Plarium, partnering with Microsoft is a way to keep this momentum going.

“There is an old proverb: ‘the best time to plant a tree was 20 years ago. The second-best time is now.’ Ideally, we would have wanted our player base to enjoy every game of ours, on whichever platform they want, and from day one,” Ulmer told GameDaily. “However, there are always other considerations and development constraints that limit this ability. In any case, now is a perfect time for new players and returning to jump into Raid Shadow Legends. The game is simply more comprehensive than it was when initially launched.”

According to mobile analytics provider Sensor Tower, Raid has generated nearly 48 million downloads and more than $569 million in lifetime revenue. In 2020 alone, it brought in $303.5 million, and is continuing to grow. For Craig Chapple, mobile insights strategist at Sensor Tower, bringing the game to the Microsoft Store is a play to build on this success and garner an even larger audience.

“It’s a sign of how publishers are increasingly looking at all platforms to launch their games, not just mobile, PC, or console,” Chapple told GameDaily. “I think it shows how console and PC-like experiences are now available on mobile, from gameplay to graphical and performance quality on today’s powerful smart devices, so it makes sense for these titles to then get released on those other platforms.”

It’s part of a larger trend of mobile-first games seeking to capitalize on their success and looking to break into the PC market. Chapple said that the key to this strategy is for developers and publishers to build a game with a specific audience in mind, and expand from there. The challenge is adapting to different platforms, though, as most mobile games are built with a smartphone interface. As such, cross-platform play can serve as a sort of bridge between the two platforms, a concept that a few notable games have ridden to success.

“The most successful titles straddle the line between designing for the platform and crafting gameplay that best suits the licence,” Chapple explained. “One title that has found some success on PC, having started on mobile, is World of Tanks Blitz, which is currently one of the most played titles on Steam.”

In choosing to partner with Microsoft for the PC version of Raid: Shadow Legends, Plarium said that the company best exemplifies the synergy between the PC and mobile platforms. Further, the Microsoft Store has become something of a haven for mobile-first titles looking to expand to the PC sector. Chapple said that the more casual-focused audience of the Microsoft Store when compared to the core audiences of storefronts like Steam and Epic Games Store makes it attractive in that regard.

“With Microsoft specifically, we encountered from day one a very dedicated partner that helped us a lot with the initial onboarding experience, was able to offer some important features that are standard for mobile platforms such as OS-level notifications, and had a good market fit for RAID: Shadow Legends - with a store that is equally embracing F2P games that originated from mobile for a quick round of fun, and the top AAA premium titles for the traditional PC & Console audience,” Ulmer explained.

This sentiment is what drives Ulmer and Plarium, the goal to make Raid available to as many players as possible. With 48 million downloads in just a couple years, something seems to be working. Additionally, the team is working on a wave of new content to keep existing players engaged, and to hopefully draw new PC players into the fold.

“The game has evolved significantly since launch, but for us this is just the beginning, and we have a multi-year content pipeline plan for the game down the road,” Ulmer said. “Our main intention is to keep the existing player base satisfied and engaged for years to come, while also attracting many new players to embrace the game and join its active community. We are game developers, of course, but more importantly we are community builders.”

The draw, he explained, is the collection aspect of Raid’s RPG-like gameplay. It’s a genre that has grown significantly on mobile platforms in recent years thanks to titles like Marvel Strike Force and Disney Sorcerer’s Arena. It’s not as ubiquitous in the PC space, though, a fact that Plarium aims to change.

“We expect Raid: Shadow Legends to fill a void, with an RPG experience that is slightly different from traditional CRPGs and JRPGs,” Ulmer said. “We’re offering a heavier emphasis on building a team of champions and evolving their abilities, and metagaming with other community members on optimal character and team builds for the different challenges that the game offers.”

It will be interesting to watch if Raid: Shadow Legends can command as impressive an audience on PC as it does on mobile. There’s certainly a market available there, and Raid already carries some strong brand recognition. WIth the game available on the Microsoft Store, It’s up to the players now.