'It's just too much. Something's got to give' - Pinchbeck explains sale of The Chinese Room 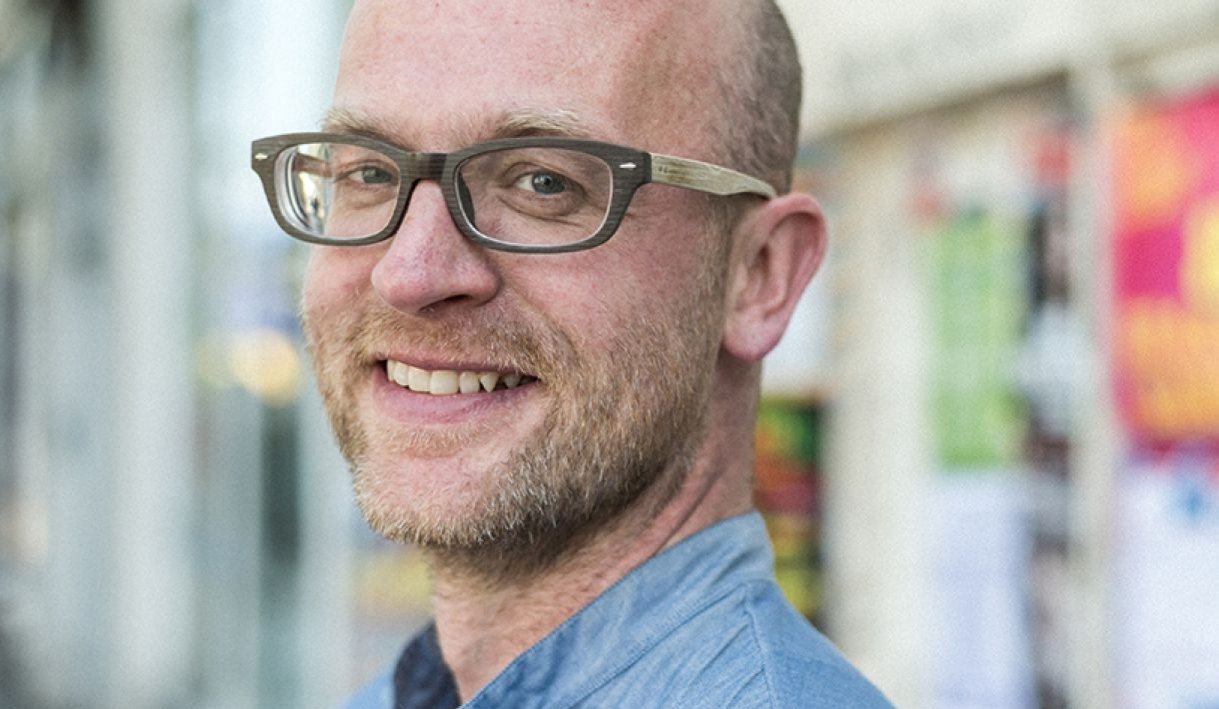 On August 14th UK developer Sumo Digital announced that it had acquired The Chinese Room. This came almost a year after the Brighton-based developer announced it was going dark. Its team was let go, leaving only the co-founders, Dan Pinchbeck (pictured) and Jessica Curry, and all projects were cancelled. It was a devastating blow to the UK games industry, as The Chinese Room’s award-winning games, such as Dear Esther and Everybody’s Gone To The Rapture, are world-renowned.

Sumo Digital’s acquisition of The Chinese Room means that the studio can not only turn the lights on, hire up and start making amazing games again, but that it has the support of a veteran company behind it. GameDaily caught up with both studios at Gamescom to discuss what the future looks like.

“I'm a creative director,” says The Chinese Room co-founder Dan Pinchbeck. “I'm not an HR or finance person. I can do production, but it's not my passion. I was trying to direct games, do business development, look after the studio, push opportunities forward and it's just too much. Something's got to give.”

Pinchbeck describes the difficulties that many smaller studio directors experience having to manage a company.

From a selfish point of view, [it] means I get to be a creative director and do what I'm really good at, which is coming up with game ideas and driving them through.

“So Jess [Curry, co-founder of The Chinese Room] and I sat down and said, ‘This isn't sustainable. Something's gotta give and that something is going to be us unless we do something’,” Pinchbeck explains. “My first love's always been first-person games and it felt like after Rapture we'd done something really, really big in the walking simulator area. I was hungry to do something a bit different and to look at making something different and you have to be smart and humble about that. You can’t have the arrogance to assume that you can just do anything just because you decide to do something. So working with and being part of Sumo, suddenly we're alongside people that have got a huge amount of experience in a huge number of other games.

“You're a part of a body of people with masses of experience and expertise that means that you can think, 'Okay, if we're going to grow a studio to be slightly bigger, or we're going to look at slightly different titles or we're going to have ambitions in different directions’ it's a really structured, supportive, packed full of experience environment to do that in. It also, from a selfish point of view, means I get to be a creative director and do what I'm really good at, which is coming up with game ideas and driving them through.”

This acquisition seems like a match made in heaven. Not only was The Chinese Room attracted to Sumo’s attitude and experience, but Sumo already had great respect for Pinchbeck and Curry’s previous games.

“Personally I've been an admirer of The Chinese Room's games, before knowing Dan, and we got the opportunity to meet at the end of last year and it's gone really well,” says Paul Porter, managing director of Sumo Digital. “I've just loved the journey he's been on and the games he's made and I think it's a great opportunity for us to do something together. I think he's a creative genius.”

The meeting took place in November and it didn’t take long for Pinchbeck to be smitten by the prospect of becoming part of the veteran developer. Call it gut instinct, call it kismet, fate or destiny. Whatever it is, something felt right as Pinchbeck came out of that meeting with Paul Porter and Sumo CEO Carl Cavers.

It's great to be a part of a group of studios that has a really formalised hiring and HR structure... I think Sumo's reputation for looking after their people was a big factor for us.

“Once that first meeting happened... It wasn't like we were going 'Alright, we've met them. Now let's shop around to a few other people.' It really was coming out of the meeting thinking, 'This is right',” says Pinchbeck. “Every instinct screamed, 'This is right'.

“I think it’s because we knew what we wanted in terms of how the company was going to go forward and evolve, so finding a good match for that was vital. We started talking in November and we announced the acquisition last week, so these things take a long time. There's plenty of time for you, especially in the early stages, to reflect and go, 'This is right isn't it?' But every single time Jess and I had that conversation, we just went, 'Yep!' It was pretty easy.

“That's one of the things which was really attractive straight away about Sumo. The way in which the studios within Sumo talk to each other and relate to each other. There's a lot of communication that goes back and forth. It's not a bunkered, 'You're over here, you're over here, you're over here' sort of deal. I think there's an attitude to the way in which the studios work together, which is one of the things that's most attractive and is really, really powerful. It feels like being part of a family of studios, which is the important thing.”

With the ink still not dried on the contract, it’s way too early to discuss games or projects. However, Sumo and The Chinese Room are working together to staff up the studio in readiness.

“We've got a few people with some start dates already,” says Porter. “We'll be making some announcements soon…”

As for people interested in joining the company, it sounds like there’s no shortage of applicants -- even though there’s no official application process. That should come as no surprise, given the studio’s pedigree.

“It started as soon as the announcement went out,” explains Porter. “It’s a deluge!”

It’s at times like these, when Pinchbeck is inundated with job applications, that he realises he’s made the right decision to not only shutter The Chinese Room back in September 2017, but to join forces with Sumo.

“It's great to be a part of a group of studios that has a really formalised hiring and HR structure,” he says. “We always wanted to create a space where we could offer more security for developers and more opportunity for developers. We were a bit small to be able to do all that stuff. So one of the things I'm really excited about is we can get amazing people, but we can also offer those amazing people a really fantastic work environment. I think Sumo's reputation for looking after their people was a big factor for us in terms of when we started talking. Again that comes from people, not just talking to Paul and Carl. It comes from people who work at Sumo who have always told me they look after their teams.”

And what about people who left The Chinese Room when the studio went dark?

“We'll see what happens,” Pinchbeck says. “We had some amazing people working for us. They're off doing great things with other amazing studios at the moment. I think most of them are pretty happy where they are. They landed into really good jobs. When you do something radical like shutter a studio, the first priority as a company is, ‘Are our people going to be alright?’ And I was really happy that they all landed in really good places but there's definitely a whole bunch of people I'd very happily work with again.”

Not only will Pinchbeck have his own hand-picked team at The Chinese Room, he’ll have the support of all of Sumo’s other studios around the country. That includes what remains of CCP Newcastle, which was Sumo’s last major studio acquisition in January 2018.

“We still have the studio in Brighton, so we'll grow the team in Brighton,” says Porter. “We’ll put some support around Dan, he'll build his team locally as well as having the other parts of Sumo to draw upon to build his games.

Having a small studio, as an owner, you are pulled in many directions and you have a ridiculous amount of work to do just to run a company... Ask for support and share the burden.

“Getting the Chinese Room enables us to expand our core capabilities. Now we've got an award-winning studio that defined a genre and we want to build upon that and move that forward. It's a great opportunity for us to grow something that's complementary to what we do and a little bit different from what we do.

“For me, one exciting thing is having the opportunity to create IP. Whether you ultimately own that or not – it's a great privilege if you can – [creating IP] usually requires significant risk and investment. But being able to create it is a fantastic place to be. They have a proven track record of being able to create great IP, so that's what we want to do more of.”

Porter ends the interview with some advice to anyone starting their own games studio, or who is struggling to manage to do so.

“Having a small studio, as an owner, you are pulled in many directions and you have a ridiculous amount of work to do just to run a company,” he says. “Never mind making a video game as well! And I think the benefit that we had in Sumo when we started the company was there were quite a few people there that worked together for a long time that could share that burden of running the company at the same time as trying to make video games. My advice would be don't be afraid to get support from people. Ask for support and share the burden.”