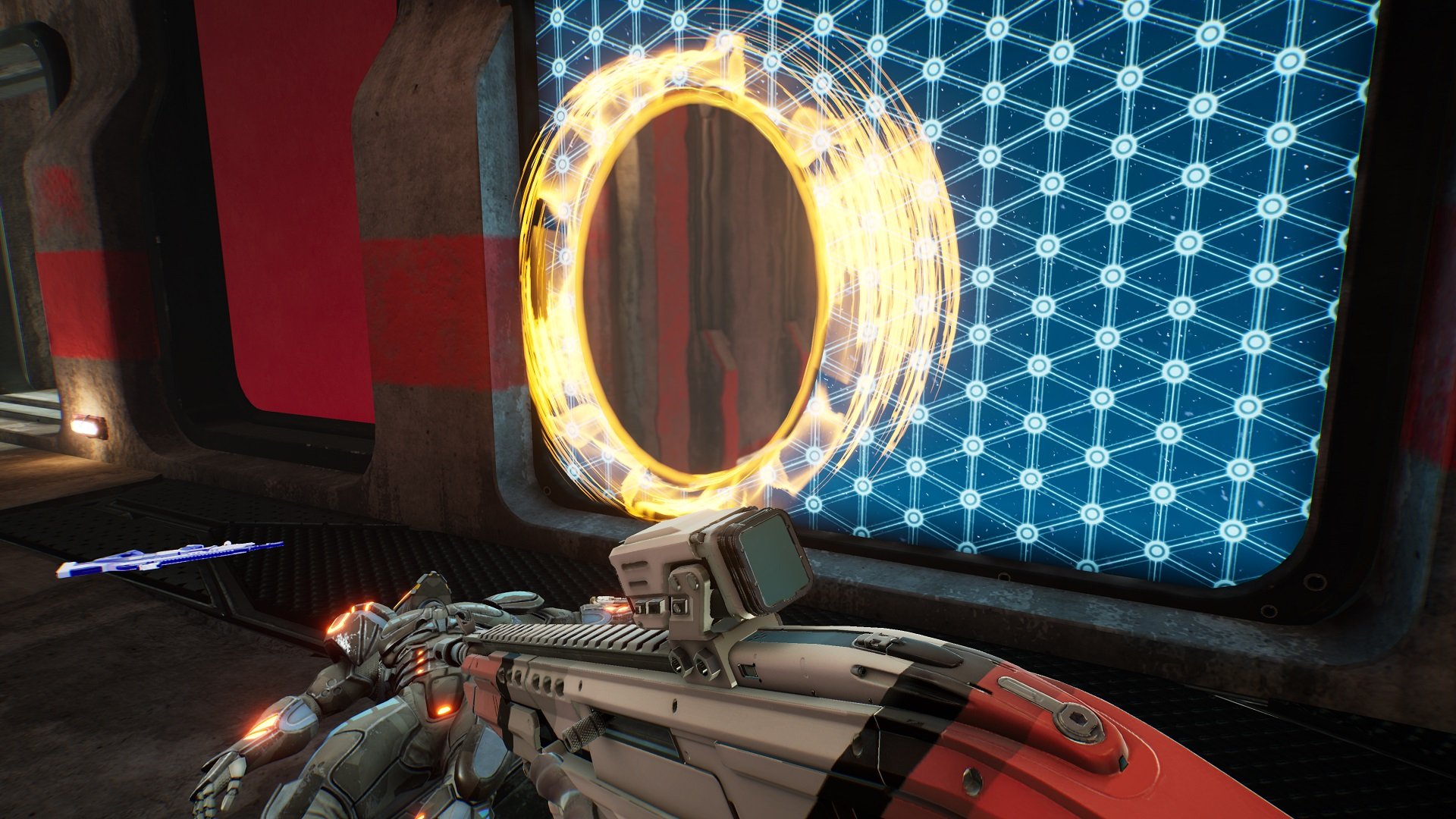 “We hoped for this kind of turnout eventually, but not this quickly,” Proulx told GameDaily. “Our goal was to hit 10k concurrent [players] by launch and we thought if we exploded it would be shortly after, but not before! We are honestly blown away by the positive response to our beta.”

Splitgate’s official launch is still almost a week away, but despite a few quibbles here and there, the vast majority of fan feedback is positive so far.

Splitgate has maintained the top spot in Steam’s trending games charts and continues to see increasing demand ahead of its full launch.

“As of today we’ve set a new record of 50k concurrent, but it’s going up every day as we optimize our servers,” Proulx said. “It is literally a race against the clock with us trying to push out optimizations before the numbers get too high. Two days ago, our limit was 33k, yesterday we got things up to 40k, and today we believe we can handle 60k in theory.”

“I guess we will find out in a few hours,” he added.

The team is continuing its practice of incorporating fan feedback into further improving Splitgate. Proulx said 1047 is already working to incorporate two of the most common fan requests: custom bindings for controllers, and a field-of-vision slider for the console versions.

Proulx said the main takeaway is “how quickly things can change in the gaming world,” though.

It’s a significant turnaround for a studio that, just last year, lost most of its investors. Along with the challenges of improving Splitgate, Proulx and his teamstruggled to convince backers to take a chance on what, to them, seemed like just another FPS game. In May, 1047 raised more than $6 million in a funding round and can barely keep up with server demand now.

However, that success comes with a cost.

“Scaling so quickly and risk management have been big challenges,” Proulx said. “We are having to push out updates straight to the live build and we have almost no time to test things. We are doing a lot of ‘YOLO deploys,’ as we like to call them internally, and it’s because we literally can’t keep up with the continuous increase in players.”

Proulx said this demand takes its toll on the team’s work-life balance as well, with some days where the team barely gets two hours of sleep. Still, the rush of success helps keep them going.

“The excitement far outweighs the stress,” Proulx said. “It helps a lot when our community is so incredibly supportive and understanding. We’re just going around the clock right now and we are lucky for our support systems, friends, family and fans for sure.”

Splitgate developer 1047 Games announced it raised more than $10 million in a new funding round led by venture firm group Human Capital. Human Capital seeks promising teams and helps them expand their engineering capabilities. The funds will help 1047 manage the unexpected pressure of Splitgate’s runaway success and refine the game before its official release on August 27.

“We’re excited for Human Capital to lead this latest funding round,” 1047 CEO Ian Proulx said in a statement. “In addition to providing capital necessary to increase server capacity and stability, they’ll help build the engineering team we need to create the best possible game for our players.”

“Our team has been blown away by the incredible reception the Splitgate community has shown us. With the steep and sudden increase in players trying to access servers, we’re having to sort out a myriad of technical issues that come with this level of growth,” he continued.

“I vividly remember Ian sharing his vision for gaming five years ago, and it’s amazing to see millions of people now experiencing that early idea with Splitgate,” Human Capital co-founder Baris Akis said. “But it’s just the beginning for him and the team, and we’re excited to be a part of what’s next for 1047 Games.”

Following publication,  Splitgate’s success continued. The following day, the beta reached more than 1 million downloads and over 65,000 concurrent players. However, it grew too much for 1047 to handle.

On July 22, the team announced the maximum server cap was 65,000 players, and the beta had to be taken offline so the developers could create a queue system.

“We don't want to over-promise anything but want to be as transparent as possible because we are learning a lot!” they said on the Splitgate Twitter page. “We should have a queue system implemented shortly so 65k players can play, and we will work on changing our database implementation over the next 24 hours.”