Activision Blizzard sued for harassment and discrimination against women [Update] 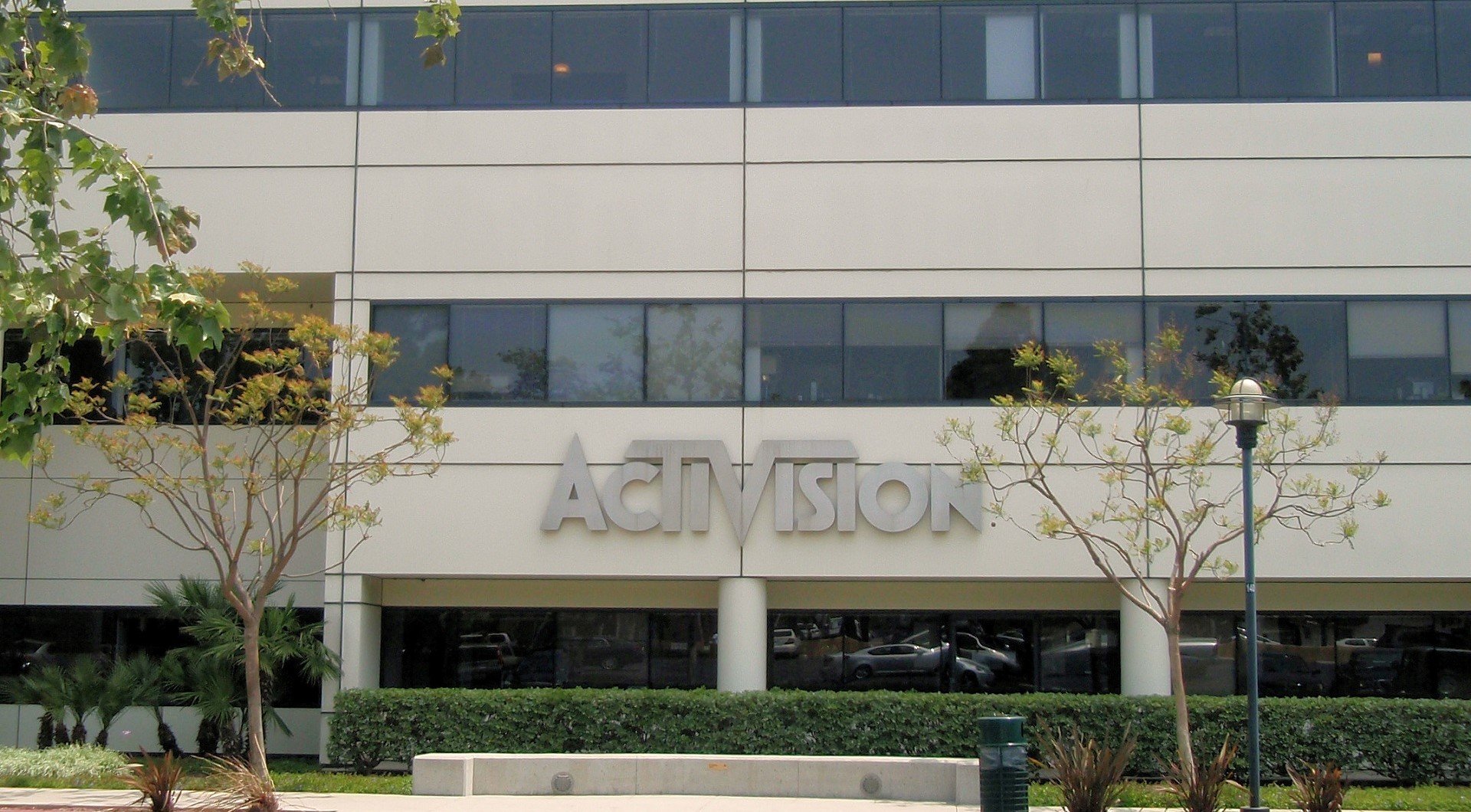 Call of Duty and World of Warcraft publisher Activision Blizzard is the target of a new California lawsuit alleging a toxic “frat boy” work culture that knowingly “violates the state’s civil rights and equal pay laws.” As reported by Bloomberg, the suit comes from the California Department of Fair Employment and Housing, and charges the video game giant with harassment and discrimination against women.

The result of a two-year investigation, the filing calls out a number of incidents where women who work at Activision Blizzard were victims of targeted harassment and purposely passed up for promotions. The legal document notes that women have been “subjected to constant sexual harassment, including having to continually fend off unwanted sexual comments and advances by their male co-workers and supervisors.”

Specific incidents cited include unwanted groping during company “cube crawls” and a quid pro quo-like work environment. In one tragic case, a woman commited suicide while on a work trip with a male co-worker who had brought sex toys along with him.

The DFEH report notes that many complaints were filed internally with Activision Blizzard’s human resources department--and even with company president J. Allan Brack--but they went unheeded. The filing alleges the company’s HR department has a reputation for sweeping such allegations under the rug, and that personnel in that department are known to have close ties with accused harassers within the organization.

Overall, the suit paints a picture of an environment deeply harmful to women. According to the filing, only 20% of the company’s approximate 9,500 employees are women, and women rarely occupy leadership roles. When they do, they make considerably less money than their male counterparts. Further, the president and CEO roles have always been held by white men.

The lawsuit seeks compensatory and punitive damages, unpaid wages, injunctive, declaratory, and equitable relief, prejudgment interest, and attorneys’ fees, among other costs. For attorney Richard Hoeg, managing member of Hoeg Law in Michigan, the case is unlikely to make it to full trial, however.

“Like most suits of this nature, I anticipate it to be settled, but a lot of that depends on the personalities and emotions at play both from the Activision and California sides,” Hoeg told GameDaily. “If California is asking for something like the $400 million they were pushing for in Riot, I can imagine Activision buckling down and going through with the lawsuit. But make no mistake, no corporation wants to open its correspondence and compensation decisions to unfettered state access. That’s the leverage California is playing on here.”

Hoeg explained that as presented, the case is similar to a class action suit wherein the state of California is speaking for all “aggrieved women” at Activision Blizzard. The accusations in the filing are compelling enough to avoid outright dismissal, but the plaintiffs will need to build on them if they want to prove institutional discrimination. He also pointed out that the harassment accusations and the discrimination accusations are decidedly seperate, and that the state will need to show systemic failure on the part of Activision.

GameDaily reached out to Activision Blizzard for comment, and received the following statement from a spokesperson, which has also been reported on at a number of media organizations:

“We value diversity and strive to foster a workplace that offers inclusivity for everyone. There is no place in our company or industry, or any industry, for sexual misconduct or harassment of any kind. We take every allegation seriously and investigate all claims. In cases related to misconduct, action was taken to address the issue.

The DFEH includes distorted, and in many cases false, descriptions of Blizzard’s past. We have been extremely cooperative with the DFEH throughout their investigation, including providing them with extensive data and ample documentation, but they refused to inform us what issues they perceived. They were required by law to adequately investigate and to have good faith discussions with us to better understand and to resolve any claims or concerns before going to litigation, but they failed to do so. Instead, they rushed to file an inaccurate complaint, as we will demonstrate in court. We are sickened by the reprehensible conduct of the DFEH to drag into the complaint the tragic suicide of an employee whose passing has no bearing whatsoever on this case and with no regard for her grieving family. While we find this behavior to be disgraceful and unprofessional, it is unfortunately an example of how they have conducted themselves throughout the course of their investigation. It is this type of irresponsible behavior from unaccountable State bureaucrats that are driving many of the State’s best businesses out of California.”

The statement continues by claming Activision Blizzard has worked in recent years to bring more diversity to its leadership teams, and that it has opened more avenues for employees to safely file complaints. However, some are calling any hypothetical changes too little, too late.

For many, the lawsuit is just the latest grievance perpetuated by years of institutionalized discrimination and toxicity present in the games industry. The 2018 case of Riot Games, last year’s wave of accusations directed toward long-time games writer Chris Avellone, and the ongoing harassment allegations surrounding Ubisoft all paint a grim picture of a business plagued by sexism and bigotry. For Nika Nour, executive director of the IGDA Foundation, that such incidents are allowed to continue speaks to an unjust power balance at the highest levels of leadership.

“There’s no place in the games industry for sexual harassment, toxic behaviors, intimidation, or discrimination,” Nour told GameDaily. “For years women and underrepresented genders have come forward with their stories of abuse and poor workplace conditions in gaming. The latest lawsuit demonstrates that it takes generations to make change happen, and we still have a long way to go.”

Nour and the IGDA Foundation have worked for years to champion equality and diversity in the games industry by “focusing on professional development to ensure inclusivity at every stage of employment.” She calls for more inclusive spaces across all levels of game development and publication, from budding upstarts to AAA powerhouses. The people capable of fostering such environments are the ones in executive positions who, sadly, are often enablers of harassment and discrimination.

“There are so few diverse executives and leaders at these studios and organizations; it’s no surprise that diversity, equity, and inclusion don’t seem to be a priority,” Nour said. “We need leaders to enact real accountability and create a safe workplace for underrepresented employees without tokenization.”

Nour said that companies need to create a space where employees feel safe enough to report toxic and harmful behavior without fear of retaliation or unemployment. If companies can’t do this on their own, then Nour suggested that perhaps it’s time to enact legislative solutions.

“Hope is not a plan. More gaming industry companies need to move beyond simply sending out press releases calling for more diverse, equitable, and inclusive workspaces,” she said.

Renee Gittins, executive director of the International Game Developers Association (IGDA), echoed much of Nour’s sentiment, adding that simply existing as a woman in the business is a challenge.

“As a woman within the games industry myself, my heart hurts to think about how others have suffered,” Gittins told GameDaily. “After so many years of hearing about such stories, I cannot say I am shocked, but I hope that this is a chance for us to heal and head in a better direction for everyone who works in games.”

The IGDA is dedicated to systemic cultural change within the greater games industry. Gittins pointed to some of the organization’s efforts to encourage diversity, such as publishing a guide for game companies on how to create and sustain a positive work culture, as well as an HR policy guidebook template.

Beyond these two papers, the IGDA has established special interest groupsaimed at helping indies get off the ground, and has offered support to those affected by toxic behavior within the industry.

“[We] have worked actively to condemn bad behavior and empower positive leadership,” Gittins explained. “Together we can condemn the failures in our industry’s past and take the steps forward to enact change in our industry that will ensure this wonderful, creative, diverse industry will support every person who contributes to it.”

Regarding the rash of accusations leveled at large AAA studios, Gittins said that companies like Activision and Ubisoft are an ideal environment for harassment and bigotry to thrive. The size of these companies means that holding harassers accountable is harder than with smaller studios. Further, many of the accused companies have been around for decades, and much of their vetaran leadership is either complicit in such behavior or willfully ignorant of it.

“A studio’s size can be another factor because it is easier for a person to be abusive to someone they do not recognize and respect as an individual among a large crowd,” Gittins noted.

Whatever the outcome of the case against Activision Blizzard, both Nour and Gittins hope that this signals the start of tangible action and reform for an industry plagued by sexual harassment claims and toxic working conditions. Nour called out industry leadership saying that the aberrant behavior has been allowed to fester for too long.

“The industry simply needs to do better,” she said. “Year after year, we work with global communities and developers from all walks of life who share stories of resilience, hardships, and negative experiences. There’s no reason for an industry that develops joyful, entertaining products to extract so much pain and grief from its marginalized employees.”

For years women have come forward with horror stories about abuse and harassment at the hands of men in leadership positions, but very little has actually been done to address the problem. The industry needs to do better, and abusers need to be removed from positions of power until everyone working in the games business feels safe.

Following news of this week's lawsuit, a pair of internal Activision Blizzard emails have been made public by Bloomberg's Jason Schreier, among others. One, from Blizzard president J. Allen  Brack, calls the allegations leveled against the company "extremely troubling. Another, from executive vice president of corporate affairs Fran Townsend--who is the former Homeland Security Advisor under the Gorge W. Bush adminsatration--paints a picture of a an Activision Blizzard that values its employees. Despite being employed by the company for only four months, Townsend asserted that the lawsuit's allegations of harassment and discrimiation are a fabrication by the state of California.

Townsend's hiring was largely decried by much of the games media landscape as she's been described as a "torture apologist" and a "bully."

These two emails, coupled with Activision Blizzard's original statement--which also deflected the allegations with assertations that the DFEH fabricated the whole story--have drawn ire from games media. In response, some outlets, including TheGamer, have stated that they will no longer be covering Activision Blizzard games until substantial change is made apparent.