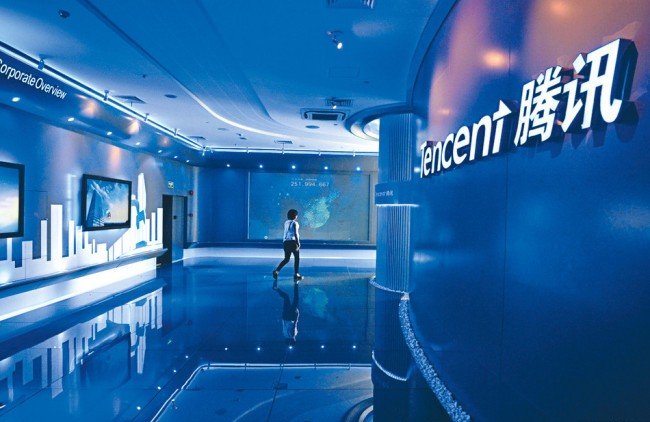 The regulations, which limit the amount of online games made available in China as well as how long children can play, come at the recommendation of the country’s Ministry of Education. The Chinese government is taking these measures in an effort to protect young people from increasing rates of myopia, or nearsightedness, according to Reuters.

In addition to owning Riot Games and its popular title League of Legends, Tencent has significant financial holdings in Bluehole, the developer behind PlayerUnknown’s Battlegrounds. The conglomerate also owns a sizable share of Epic Games, the company behind another battle royale phenomenon, Fortnite.

China’s president supports this new regulation because he reportedly stated that he “cares for the children's eyes,” according to a report from Xinhuanet via Eurogamer.

The decision comes in an effort to reduce the amount of eye strain children experience from extensive use of gaming, mobile, and other electronic devices.

Historically, though, the country is restrictive in what entertainment it allows the populace to consume over content concerns more than health issues.

The new government regulations come after previous efforts by Tencent itself to restrict gameplay for children via other methods. The insanely popular Honor of Kings (the Chinese counterpart to Arena of Valor) had time limits to restrict the playtime of children, for example. The massive popularity of the game with young players had parents concerned, which led to the daily one-hour time restriction for players 12 and under, and a two-hour limit for those 12 to 18.

Already, Tencent was hurting from China’s restrictions on game approvals, as the China-based conglomerate had not received a new approval for a title since April of 2018, which contributed to the company’s loss of more than $160 billion in market value since January of this year, according to GamesIndustry.biz.

This loss could ultimately impact the global games market as a whole, as China makes up a massive part of global games spending. The country will account for more than 25 percent of global game revenues this year with an estimated $37.9 billion generated, according to an April 2018 report from market intelligence research firm Newzoo.

“[China] will remain the number one gaming market by revenues and by number of players,” the Newzoo report stated. “Mobile is the dominant force and will generate 61% of revenues in 2018, growing to 70% of the market by 2021.”

As for whether or not these new restrictions will put a damper on Newzoo’s predictions by year’s end, we will have to wait and see. But if a company as powerful as Tencent is taking a hit, it seems reasonable to assume that the Chinese economy could ultimately suffer from the ramifications of these restrictions.