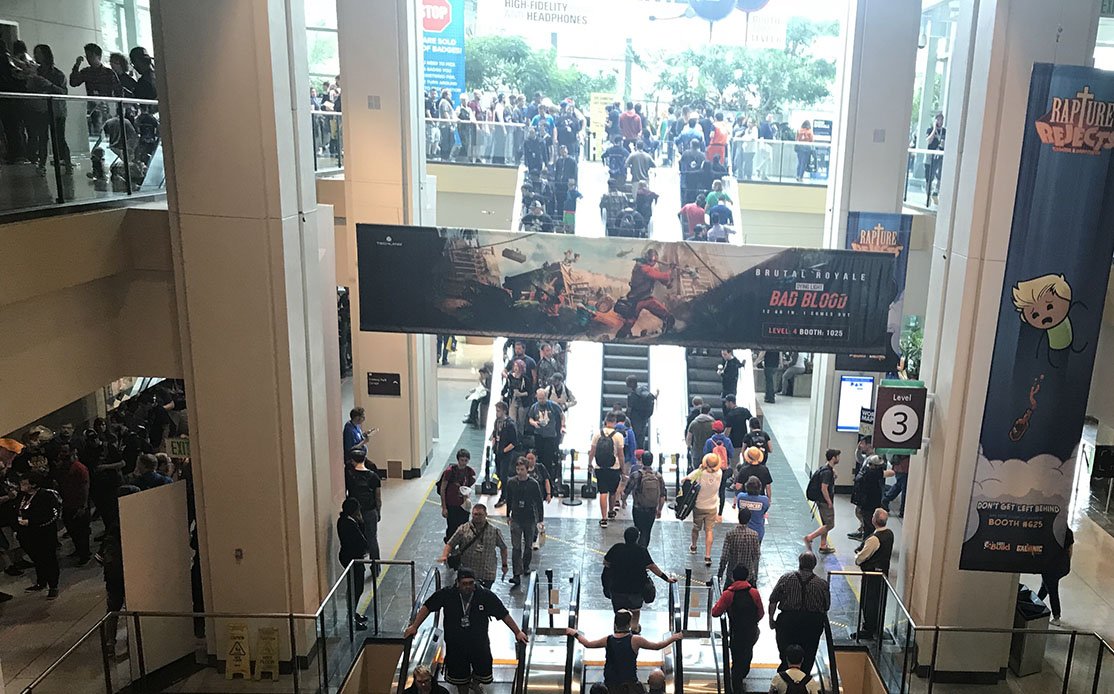 I’ve been attending PAX West for almost ten years. I have a deep love of this event that transcends my job; my husband and I chose PAX 2008 as our honeymoon. West feels like coming home every single time. And while the event itself has evolved, the event’s security is as outwardly lax as it ever was. In these troubling times where people can’t go to school, to church, and now to esports competitions without the threat of violence hiding in the shadows, event security is more important than ever.

ReedPOP, the company that manages and runs the Penny Arcade Expo (PAX) and its global presence, issued a statement last week in light of the Jacksonville Madden Classic shooting. The company released a statement to GamesIndustry.biz, a publication it owns, to address the security concerns before the event opened to the public on Friday.

“We have in place extensive proactive measures; some that are visible during PAX events and many that are not,” the prepared statement said. “We are always working to improve our security plans and, if need be, adjust them, to ensure that we are doing all that we can to make PAX West, and all PAX events, a safe and secure environment for the community.”

The industry professionals that I talked to privately were vocal in their frustration that nothing has really changed, at least outwardly. Even though PAX East has had bag checks in place since 2013, PAX West has yet to implement that level of granularity in their security measures. ReedPOP did mention that their “proactive measures” would not be entirely visible. Unfortunately, the lack of security lines and metal detectors (no matter how inconvenient and frustrating they may be to go through) means that there are no outward deterrents for people looking to enter PAX with violence on their minds.

Metal detectors work as a deterrent. They aren’t just there for show. They work. According to a 2011 study published in the American School Health Association (ASHA) Journal of School Health: “Researchers developed a self-administered questionnaire that was distributed to a representative sample of 2100 students in 9th through 12th grade in the New York City Public Schools.

“This study found that over the 30 days prior to the survey, students who attended schools with metal detector programs were less likely than students in schools without metal detectors to carry weapons in school (7.8% vs 13.6%) or in transit to school (7.7% vs 15.2%), but were equally likely to carry a weapon ‘’anywhere’’ (21.6% vs 21.2%).”

ReedPOP’s insistence that their security measures are mostly invisible does little to comfort the industry professionals who work at PAX West as exhibitors, PR, merchandisers, event staff, journalists, and influencers. One industry professional commented that PAX shouldn’t wait for the worst to happen in order to have bag checks and metal detectors installed at each of the entrances to the Washington State Convention Center, where PAX West is held every year.

It’s true that the sprawl of the event to the annex building across the street and into the surrounding hotels (Sheraton, Grand Hyatt, Westin, and the Hyatt Olive 8) would make installing metal detectors and security staff at each PAX West venue a daunting undertaking. PAX East and PAX South have both had bag checks for a number of years, though neither of those events have the physical bleedover that West contends with each year.

From a purely practical perspective, putting the mob through its paces trying to get them in the door when the expo hall opens at 10am is already a frustrating process without subjecting them to bag checks and metal detectors. Tens of thousands of attendees descend on PAX West’s facilities during the Labor Day long weekend; suddenly thrusting them into bag checks that could eat into their time at PAX would be running the risk of mutiny among attendees.

“No one wants to come to PAX and be afraid,” one professional said. “But I’m surprised that PAX West is so far behind the times.”

If ReedPOP wants publishers, developers, and other industry professionals to feel good about attending PAX West in the future, they’re going to need to manage expectations and find a way to tread the line between too much and not enough. They should be talking to attendees months, if not a year, in advance of the event and letting them know that next year will be different. There’s an  opportunity to handle things much in the same way that E3 and the ESA informed the public and professionals about the new security at this year’s event.

During Saturday’s show hours, the Seattle Police Department was in attendance with bomb sniffing dogs. But, as another journalist pointed out to me during the weekend: “A bomb sniffing dog doesn’t prevent someone from inciting violence and panic, which could result in people getting trampled by panicked attendees.”

Proactive security measures need to be at least partly visible (and not limited to a sign or to bomb-sniffing dogs during one show day). The visibility has the potential to deter violence, according to the ASHA study. Even a simple bag check (or banning large bags, as the ESA did for E3) would provide some kind of peace of mind.

Sprawling physical footprint aside, all it takes is one person to incite violence among tens of thousands of PAX West attendees in cramped quarters, ending in the worst case scenario that PR veteran Stephanie Tinsley has prepared her team for.