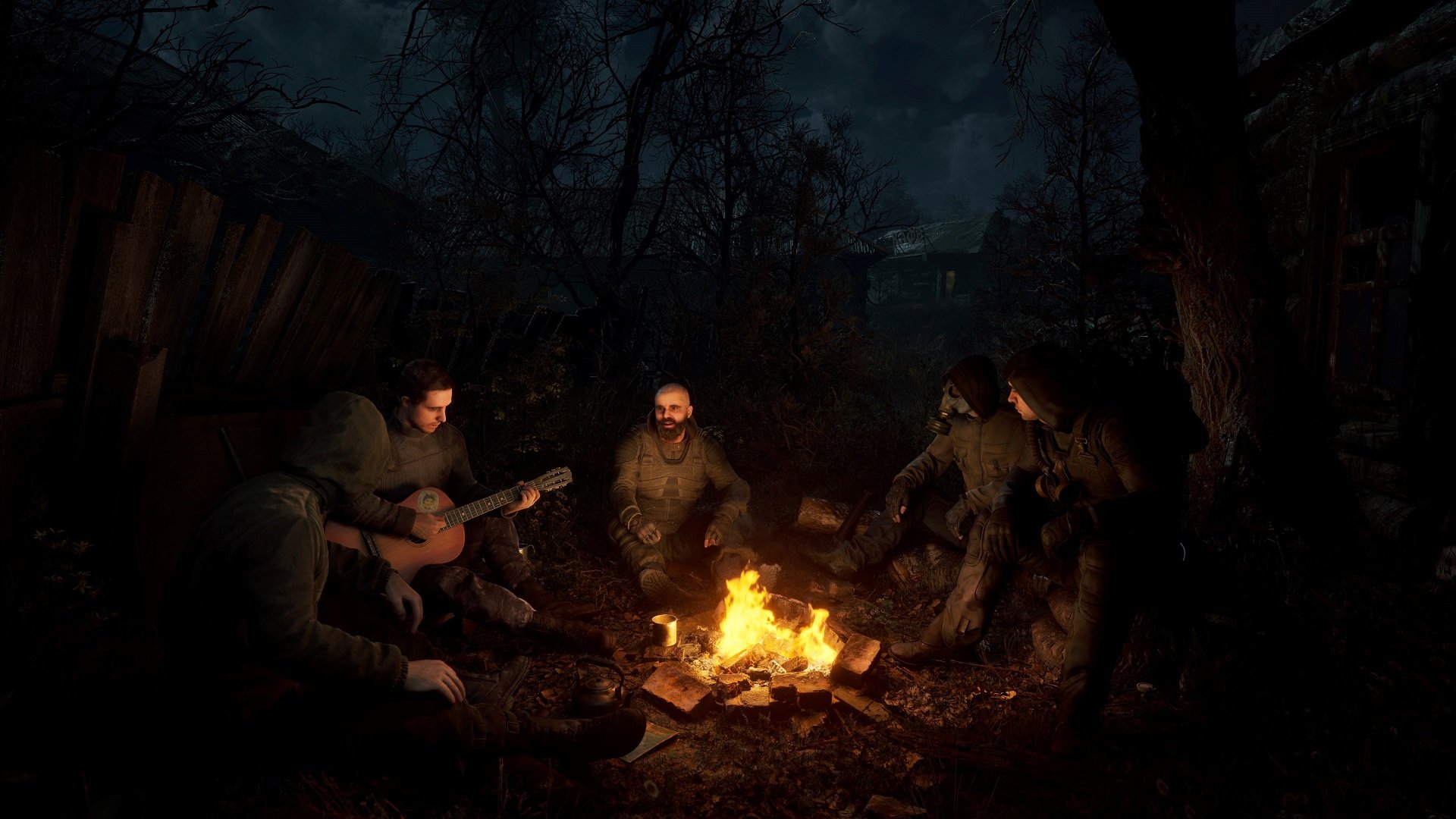 Last week, Stalker 2: Heart of Chernobyl developer GSC Game World announced an initiative for the upcoming survival shooter that would utilize NFTs to bring players into the game as NPC characters. The idea was to auction off NFTs, with the winners earning the rights to the token, as well as an appearance inside Stalker 2.

The announcement was met almost instantly with backlash on the part of social media, and, around a day later, the studio backtracked.

"We hear you," GSC Game World said on Twitter. "Based on the feedback we received, we've made a decision to cancel anything NFT-related in Stalker 2."

The quick turnaround on the inclusion of NFTs in Stalker 2 is a perfect representation of the controversial nature of blockchain technology, which has spread like wildfire across the tech sector. It has begun appearing in the games industry as well, with companies like Ubisoft announcing the adoption of NFTs. Elsewhere, Epic Games has said it is open to blockchain games, and Fable creator Peter Molyneux has gone all-in on play-to-earn with Legacy.

Detractors of NFTs and blockchain tech have pointed out its harmful impact on the environment. Additionally, others have called NFTs “exploitative,” including Xbox boss Phil Spencer. As such, a number of game companies have expressed hesitation with blockchain’s emergence into the games industry. Valve has banned NFTs and blockchain-based games from Steam, for example.

For some analysts, including Piers Harding-Rolls of Ampere Analysis, GSC Game World’s decision to remove NFTs from Stalker 2 was a smart move, not only from an optics perspective, but from a business perspective as well.

“While it seemed that GSC Game World had thought quite a lot about the implementation of NFTs, it was a sensible move to reverse this part of the product strategy considering the types of enthusiast gamers that will be early adopters of a title like Stalker 2,” Harding-Rolls told GameDaily.

He said that, at present, there is a pretty clear binary when it comes to opinions on NFT usage in the games industry. At one end of the spectrum are blockchain gamers, folks who support the technology and see it as a potential disruptive force in the way that games like Fortnite are.

“I see some similarities here with the growth of free-to-play and how it was rejected and accepted by different types of gamer,” Harding-Rolls explained.

However, with Stalker 2, NFTs were most likely a sideshow to the main event, and so Harding-Rolls posited that it probably wasn’t worth including them in the first place considering the backlash they received. Moving forward, though, he expects the blockchain to be the leading feature for many projects once the initial reaction wears off.

“There is room for a more nuanced perspective that takes the view that these are really interesting developments which will undoubtedly have a broader impact on the games sector in the medium- to long-term,” Harding-Rolls said. “But, there is no doubt that regulation is a major hurdle to the evolution of this part of the market. The use of play-to-earn monetization models and secondary marketplaces allowing exchange of assets for crypto currency and then traditional currencies will be watched closely by financial regulators.”

He pointed to South Korea as an example. There, a number of blockchain-based titles have been banned due to regulations regarding the cryptocurrency market. Right now, there isn’t a lot of regulation in the US, but there’s no doubt that this will change in the future as the tech matures and increases in prevalence.

All told, the Stalker 2 NFT controversy represents a microcosm of the differing views of this emerging technology. As with any trendy thing, this sector will experience a lot of growing pains in coming years, so expect to hear a lot of speculation moving forward.