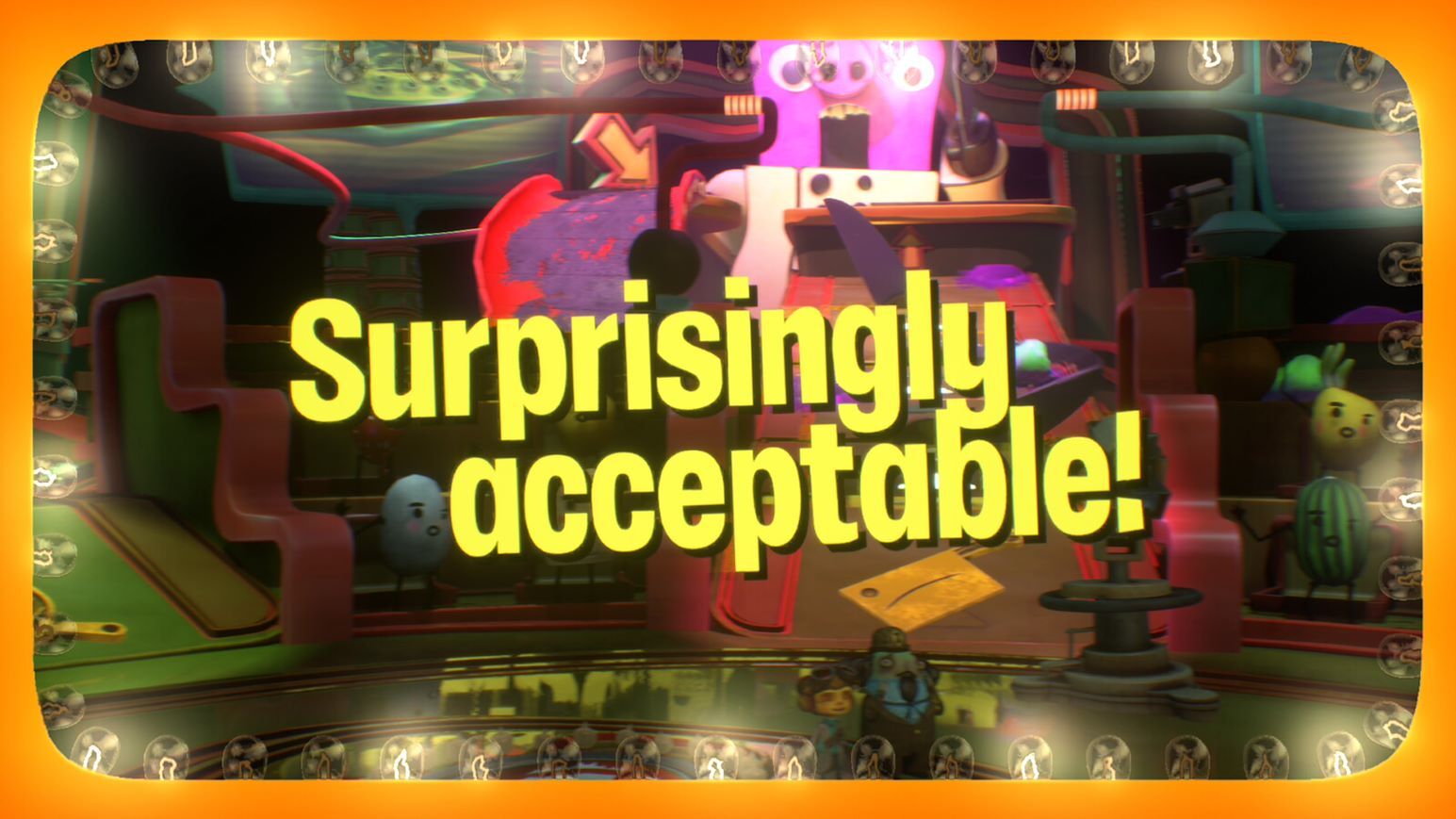 Another pandemic year has come and gone, and the passage of time has taken on a blurry, disorienting quality. At this point, the phrase “it has been a challenging year” means bupkis, and most of us are ready to throw our phones in the trash if we hear it again. Yes, we know it has been challenging. We were there.

Rather than risk further exposure to the brain-melting adage--and to cope with the impossibly grim world we live in these days--many of us turned to video games. And, despite some outlets claiming that 2021 was not a good year for games (cough, cough, The Guardian), the release calendar was borderline overwhelming. If the flow of time was incomprehensible before, it is downright Doctor Strange-esque when trying to figure out how to play everything.

It’s a good problem to have to be sure. This year saw a veritable smorgasbord of incredible experiences, across both the AAA and indie sectors. The variety is truly staggering, and there’s something (or several things, more likely) for every type of player out there. And here at GameDaily, it might shock you that we don’t just write about the business side of the games industry--we play games too! Both Sam and Josh have picked out their five favorite games of the year, and written a bit about each.

It was no doubt hard to follow up the success of 2017’s Monster Hunter World. After all, it has become the best-selling game in developer Capcom’s history, and propelled the long-running franchise into the mainstream spotlight. With Rise, Capcom reduced the scale while maintaining a lot of quality-of-life stuff that made World so popular, and the result is an expertly polished experience that honors the series' past and introduces some fresh new elements.

The hunt>gather>craft>hunt gameplay cycle has somehow retained its appeal over the years--probably due to incredible monster design and the feeling of triumph that characterizes every successful hunt. Weapon variety is as satisfying as ever, with a playstyle available for every type of player. Meanwhile, the addition of wirebugs lends a sense of agility and verticality that was missing in previous titles. Consumers clearly resonated with the changes, too, as Rise came out of the gates hot with 4 million units shipped in its first week alone.

It’s hard to resist the appeal of going toe-to-toe with poisonous dragons and hulking water lions, especially while wielding two-story-tall swords, axes, and sword-axe hybrids. This is a fantasy that the Monster Hunter franchise has successfully tapped for two decades now, and Rise has polished the formula to a mirror sheen. Gather a few friends and pretty soon you’ll have dedicated nearly 200 hours to hunting like I did this year.

A true surprise in the best sense, this classic Zelda-like adventure from indie developer Acid Nerve and publisher Devlover Digital is equal parts engaging, clever, and cute. As a crow tasked with ushering the dead to the afterlife, you’ll traverse a small handful of dungeons fraught with all manner of puzzles and enemies. Just like its inspirations, Death’s Door trades in the gradual allocation of new abilities and the opening up of its world, and the execution is handled expertly. Throw in a Pixar-esque depiction of the afterlife as a bureaucratic Office Space-like and you have one of the most charming games of 2021.

On paper, Forza Horizon 5 doesn’t offer anything new. Open world racing is hardly a novel concept--heck developer Playground Games has done it four times itself. And, admittedly, Horizon 5 doesn’t change up the formula much. But it doesn’t need to when the experience is this polished and dense. A huge map packed to the brim with icons, a stable of more than 500 cars to collect, and some of the best visuals of the new console generation all combine into an undeniably satisfying experience. It’s all wrapped up in a package brimming with optimism and positivity, too, providing a much-needed reprieve from the last two years in the real world.

Unsighted is built around the concept of limited time. All your friends are slowly dying, and you know just how long they have left. You can extend their time by offering up precious collectables found during exploration of the game’s Zelda-like overworld and dungeons, but there isn’t enough to go around. Thus, it’s inevitable that you’ll lose friends along the way. It sounds tense, and it certainly is, but Unsighted serves as a precinct reminder of the ephemeral nature of our lives. Luckily, the timer mechanic can be toggled on and off if you find it too stressful, but there is an uncomfortable beauty to playing it the way developer Studio Pixel Punk intended. The gorgeous art and clever puzzle design is just the icing on the cake here.

The phrase “they don’t make them like this anymore” may be a cliche, but it’s the most apt one for Ratchet and Clank: Rift Apart. Sadly, the 3D platformer genre has fallen out of favor in recent console generations, but Rift Apart makes a strong argument for its return. Over the course of the series’ nearly two decade run, developer Insomniac Games has perfected the art of weapon and level design. Jumping, blasting, and collecting is just one part of the formula here, though: Ratchet and Clank’s newest adventure is also surprisingly touching, weaving a story of isolation across dimensions. It’s gorgeous to boot, with some of the best particle effects and environmental design I’ve seen in a console game.

When I started Psychonauts 2, I expected a whimsical platformer that might, occasionally, have something on-the-nose to say about mental health. What I got was something entirely different. Double Fine’s long-awaited sequel excels at nearly everything it does, and considering it’s built along the same guidelines as platformers from over a decade ago, that’s saying something.

Psychonauts 2 explores a surprising range of topics, almost from the very beginning. Raz’s past successes and confidence evaporate once he arrives at the Mother Lobe, Psychonauts headquarters, and he becomes almost a case study in imposter syndrome, working to feel like he’s earned his place at the academy. Every stage is built around a mental health challenge, from repressed fear and regret in Hollis’ Hot Streak to an exploration of depression in Bob’s Bottles.

My favorite is Compton’s Cookoff, though. It’s one of the best-designed video game stages in recent years, if not ever; a thoughtful, stressful, yet comedic journey through one person’s crippling anxiety and self-doubt. The best part? When the judgmental goats literally vomiting on Compton’s dreams and work turn out to be puppets he unwittingly controls. It’s one of just a few games that manage to convey poignant messages artfully and without essentially shouting them in your face, and I can’t wait to see what Double Fine has in store for the future.

I’m cheating a bit for this one, but there’s a good reason for bending the rules. Genshin Impact finally came into its own in 2021, as miHoYo gradually refined its approach to world quests, puzzles, and especially bi-monthly events that pop up between major content additions. The narrative is gradually unfolding, taking a surprisingly emotional turn by dealing with themes of loss and isolation, and the world itself is just incredible. I’ve spent more time in Genshin this year than any other game, and I don’t see that changing in 2022.

I’ve been a fan of Bandai Namco’s Tales of… series since I stumbled on Tales of Symphonia in 2005 and met the prospect of a rebirth for the franchise with Tales of Arise with excitement. As much as I loved the series, I wasn’t blind to its faults--the often bombastic worldbuilding, for example, or an overreliance on unnecessary character arcs at the expense of meaningful relationships. Tales of Arise is more than just a visual and audio overhaul, though it’s certainly that as well. The main cast feels more real and relatable than ever, but it’s the broader message that captured me. Tales of Arise is an uprising story, an exploration of what it costs to seek freedom and wrench it away from oppressors if necessary. It’s a delicate matter, but Bandai pulls the narrative off with aplomb. If this is the future of Tales, it’s a bright future indeed.

I dropped onto a skyscraper in Dubai, smacked a chef with a banana, and stole his clothes, all accompanied to the sound of gunfire as some well-armed soldiers tried to murder me. Five minutes later, I sauntered upstairs in a fresh outfit to introduce an international criminal’s face to a toilet that may or may not have been clean, ending their sinister career and earning an achievement in the process. The outrageous methods at Agent 47’s disposal, including giving the world’s worst people fatal swirlies, are only half of what makes Hitman 3 so great. The real star is the level design. IO Interactive packed so many side stories and mission clues into each environment that every stage feels alive, and it’s a smart, immersive way to keep Hitman 3’s freedom of action from being too overwhelming.

Unpacking surprised me with just how much thought Witch Beam put into even the most minor details, but what stands out the most is how it changes based on the experiences of whoever is playing. The person whose life you’re unpacking often takes a backseat to what their story means to you. For some, it’s a hopeful story of finding your place in the world. It was that for me as well, but it carried slightly more melancholy, touching on themes of loss, of moving on, and coming to terms with changes in life that you never saw coming. In short, it’s exactly what you’d get if you were combing through your possessions in real life, and it’s rare that a game nails its themes so well and so subtly.