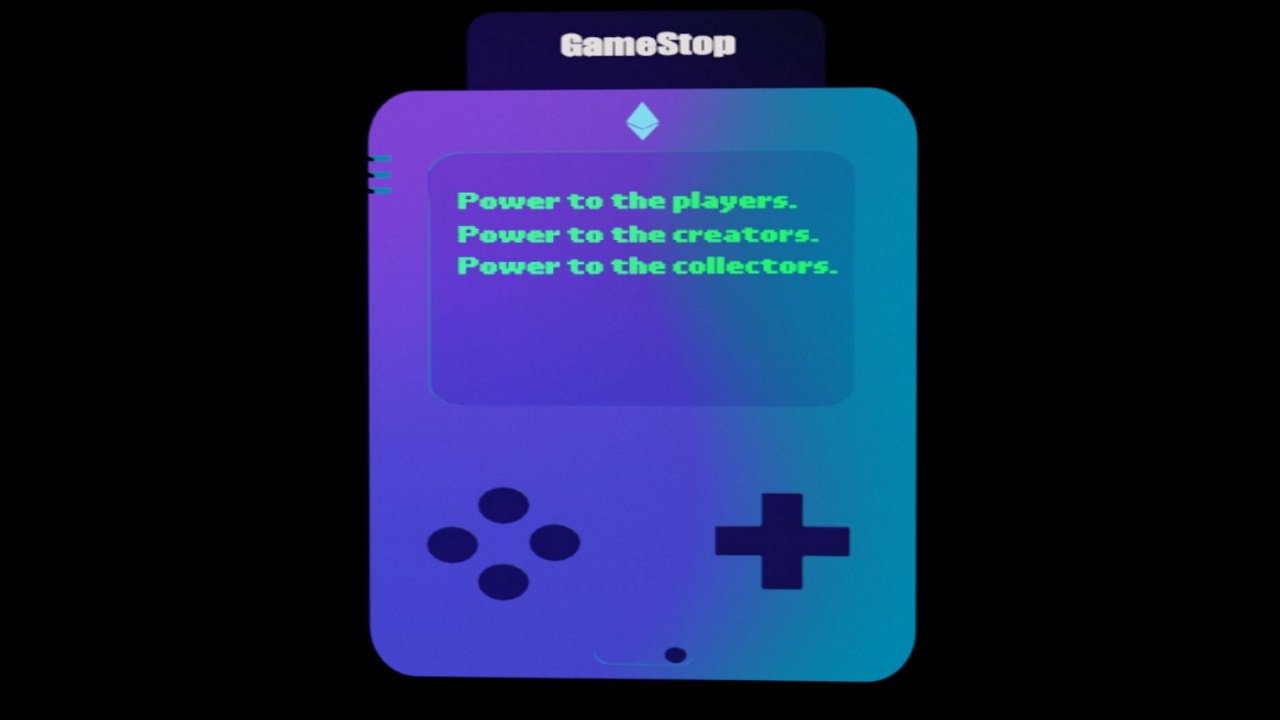 Updated 1/10/22 with commentary from Sam Naji

GameStop is exploring how to use blockchain technology and non-fungible tokens (NFTs) in a bid to reverse the retail chain’s continuing decline, a new Wall Street Journal report says. The Grapevine, Texas, company has launched a new division to lead the initiative, the WSJ’s sources said, tasked with developing a marketplace for NFTs and forging partnerships with key players in the cryptocurrency field.

“The perceived value of NFTs is that they will complement, maybe even replace, existing DLC and microtransaction revenue models,” games consultant analyst Sam Naji of SJN Insights told GameDaily. “Given the amount of money being exchanged on the NFT market, GameStop and others want a slice of that pie.”

Naji said GameStop likely wants to embed itself in the sector while it remains open and unregulated in the hopes of maintaining a larger share of it once the “gold rush” hype surrounding NFTs inevitably dies down.

The Wall Street Journal’s sources say GameStop will launch its NFT marketplace in late 2022. Meanwhile, the company has opened awebsitefor recruiting potential creative partners and is reportedly reaching out to game developers for collaboration as well.

Wedbush analyst Michael Pachter told Yahoo! the move was “dumb” and predicted it will be “dead on arrival.” The exact nature of the GameStop NFT movement remains nebulous as yet, but the WSJ report says the company will create an online marketplace for buying, trading, and selling NFTs that may include avatars and weapons from various games. The problem as Pachter sees it is the concept of NFT ownership.

Ubisoft selling its own NFTs through Ubisoft Quartz is one thing, since the publisher controls transactions and collects profits. Pachter believes trading and buying through a partner network such as GameStop won’t benefit the company, as the game publishers will likely demand a greater share of the profits.

While Pachter is likely correct, he also seems to be missing the point. GameStop reporteda $0.29 billion increase in sales and a $42.3 million bump in profits in its Q3 2021 financial earnings, attributed to the company’s new partnerships with Samsung and Razer, among other major businesses. Whatever the size of the NFT profit share game publishers may end up demanding, GameStop evidently sees value in pursuing new partnerships–because it’s paid off for the company already.

Investors are eager to see how the effort pans out as well. Reuters reported a 27% increase in GameStop’s share value following the WSJ story, despite the retail chain neither confirming or denying the report.

The difference between GameStop’s NFT efforts and its other partnerships is that few, if any, entities in the tech and gaming industry have a clear understanding of how to use the technology. For example, Electronic Arts committed to making NFTs part of its 2022 business plan, but doesn’t yet know what to do with them. Square Enix believes they’ll make games “more exciting” by encouraging people to “play to contribute,” but has no clear plan for how it will carry this program out.

Naji believes developing avatars and other in-game items for a marketplace may not be the best way forward for GameStop.

“The value of an NFT is derived from two factors—is it a sought after asset by a collector and does it have some degree of scarcity? For either factor to be of merit the NFT must be a sought-after asset and also attain some uniqueness that preserves value,” he said. “If an NFT has no demand in a resale market because the asset is indistinguishable to countless others that look the same, or has little to no demand for a collector, then owning a NFT will be no different than owning a digital asset that has no presence on the blockchain.”

The most lucrative potential for blockchain technology is in the used games market, Naji said. It would allow GameStop to resell used digital games, which is helpful for them and their publishing partners.

“GameStop and the publisher of the game will take a cut of the sale, resulting with a revigorated used market for GameStop and extra revenue for the publisher (something they have been wanting to do with physical games for sometime now),” he said.

There is also audience pushback to consider. On December 15, 2021, S.T.A.L.K.E.R. developer GSC Game World announced it would integrate NFTs in the next S.T.A.L.K.E.R. The next day, after intense fan backlash, GSC reversed its decisionand said there will be no NFTs in its games.

The level of uncertainty is particularly risky for GameStop, a company that has been struggling to find its identity in the increasingly-digital games landscape. The company raised $1.12 billion in a stock offering last year in part to fund new efforts such as its NFT marketplace. Some analysts considered ita questionable move that could dilute stock value further if the company didn’t provide substance behind the stocks, and a gamble on new technology with an unstable place in the consumer market may not be the wisest way to try and achieve that.