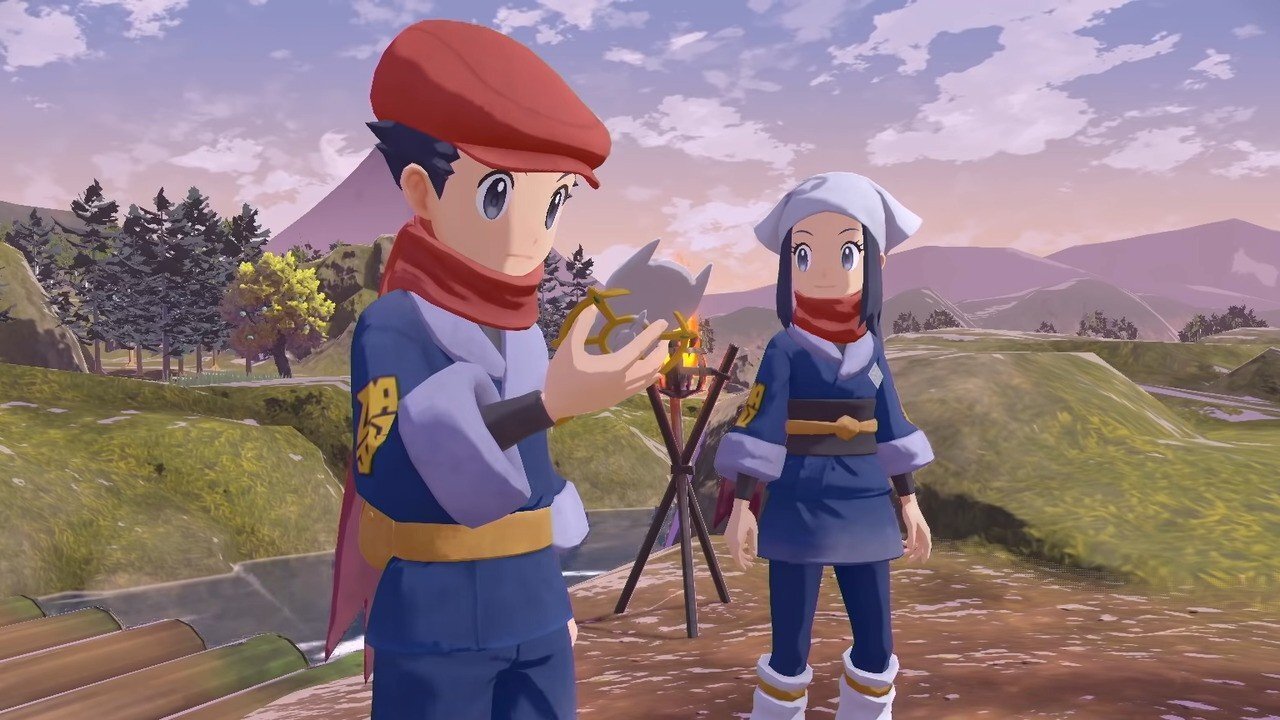 Game Freak and Nintendo are releasing Pokémon Legends: Arceus on January 28, a not-quite spinoff but not-quite sequel to the usual Pokémon fare. Legends takes players back in time to the Hisui region, an ancient version of the Sinnoh region from the Pokémon Diamond and Pearl games, and tasks them with exploring a vast wilderness full of deadly pokémon.

That’s no typo. Pokémon can, and will, attack you in Legends. While few of us would normally get excited over bodily harm, it’s different in Pokémon–and the critical consensus is that it’s part of a long overdue twist on Game Freak’s established formula.

Legends keeps most of the series’ usual mechanics, including collecting and battling Pokémon, but it changes how you approach them. There’s no Elite Four, and no Gym Leaders bar your progress. Instead, you join a research corps to learn more about pokémon and the regions they call home.

“Pokémon Legends: Arceus feels like the truest realization of the fantasy of Pokémon — a wonderful surprise considering this is notionally a spin-off title,” Jordan Middler said in his review on NintendoLife. “It’s a game about actually going out to catch them all and document the world, not just earning thousands of dollars as a 10-year-old destroying every professional Pokémon trainer in the world in quick succession.”

The actual catching involves more strategy than usual as well, which was a high point for GamesRadar’s Sam Loverdige.

“The series has always excelled in the joy of discovery, but rather than lurking in the long grass, you'll find your next catch wandering around in the overworld,” she said. “You can spot something you've not added to your pokédex and make your way over, allowing yourself time to pick the right ball, or the right pokémon to attack it in advance.”

The thrill of the catch captured Jhaan Elker of The Washington Post as well. The Pokémon Go-inspired mechanic makes Legends feel more natural than its mainline counterparts.

“You can tell right away when it’s a rare pokémon,” Elker said. “You instinctively tense up, knowing your reflexes need to be on point to actually capture it. You feel anxious as the tension builds for the moment you know you need to strike and try to catch it.”

There’s plenty of catching to do as well. Rather than progressing by battling powerful trainers, players must complete research objectives and catch multiple of the samepokémon to fill out their pokédex entries. That’s one area where reviewers were split on Legends.

Elker said it “taps into what makes Breath of the Wild so special,” by encouraging exploration and letting the game unfold naturally. Polygon’sRyan Gilliam found it tedious at times, despite appreciating the twist on the classic formula.

Even when the core loop became tiresome, reviewers said there was always something new or fresh to appreciate.

“Think of things you know about Pokémon. Series staples. There is every chance it is gone,” VG 24/7’s Alex Donaldsonsaid.

If it isn’t gone, it’s changed beyond recognition, is the general consensus story.

“The core story you'll unravel in Pokémon Legends: Arceus through its Missions is also the best it has been for years,” Loveridge said. “It's surprisingly bleak at times, and not knowing where the narrative is taking you is such an invigorating change.”

The battle system is also reinvigorated by some minor changes, Polygon’s Gilliam said. Legends’ battle system is still turn based with type weaknesses and move effects determining the outcome. However, Legends adds another layer by letting players choose between stronger moves or better speed. Gilliam said it doesn’t always work well, since some foes exploit the system a bit too much, but they appreciated the change nonetheless.

The area nearly every reviewer agreed was impossible to overlook is graphics. Pokémon Legends opts for detailed pokémon models and some new animations at the expense of textures and even assets to populate the vast, semi-open world in some cases.

“It's not even like the Switch hardware is creaking under the weight of the game's graphical potential, especially when you compare it to the wide-open spaces of Zelda: Breath of the Wild,” Loveridge said. “Such is the vast gulf between the two experiences from a visual and performance perspective, you'd think it was Pokémon Legends: Arceus that was the one to launch back in 2017.”

GameSpot’sSteve Watts shared similar views, but concluded that if anything, the poor optimization shows how strong the main game is.

“It's a testament to the quality of the game that those issues only slightly detracted from my enjoyment.”

Fans and critics greeted Pokemon Brilliant Diamond and Shining Pearl, modern remakes of the original Diamond and Pearl, with less enthusiasm, citing the lack of meaningful changes Game Freak made, yet the duo still climbed the NPD’s annual sales charts. A Pokemon that makes bold changes has the chance not just to please fans and surpass sales records, but to steer the franchise in a new direction.