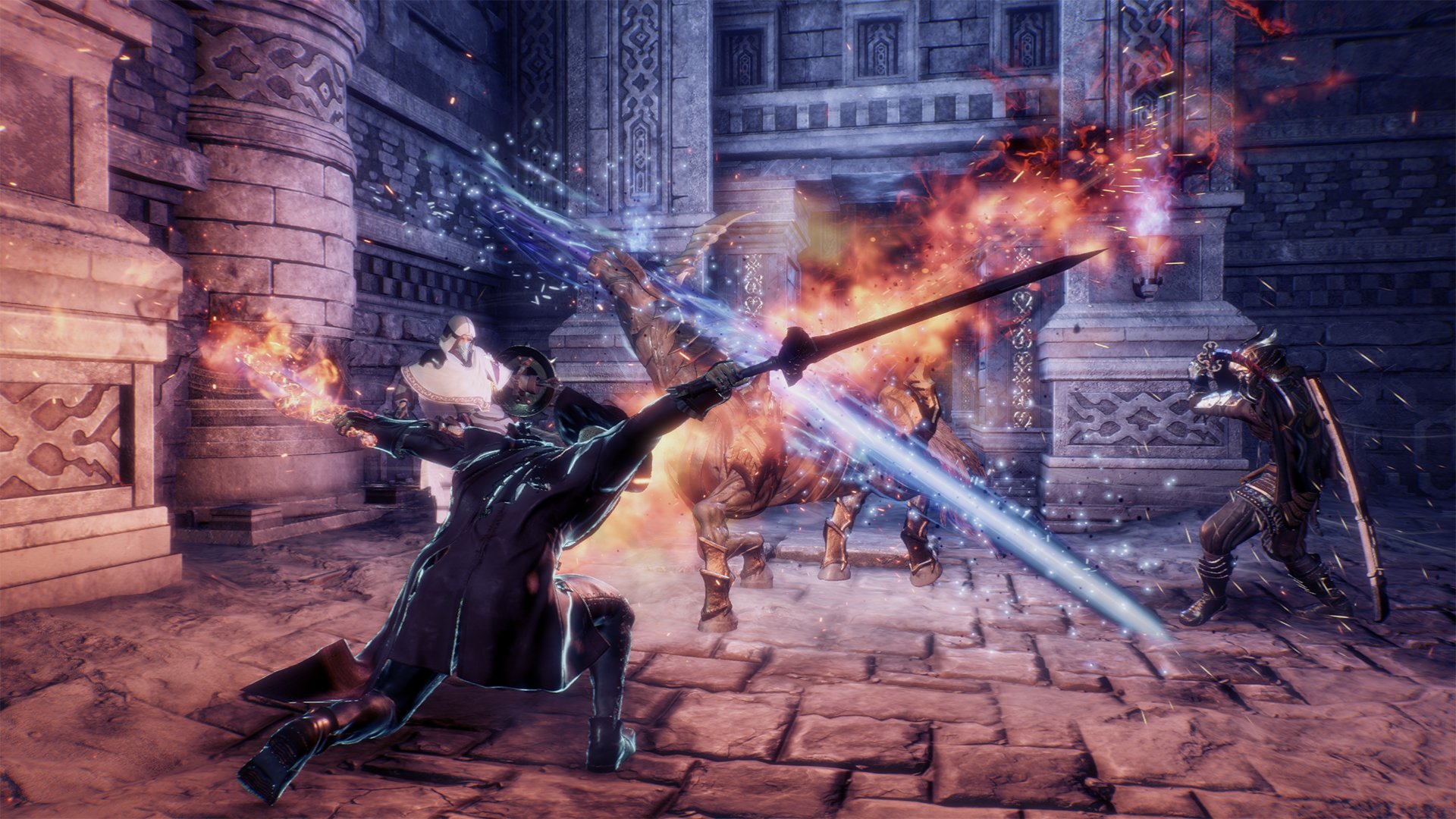 Stranger of Paradise: Final Fantasy Origin occupies an odd place in the video game canon. On one hand, it’s a new entry in the revered Final Fantasy franchise, a forerunner of the RPG genre. On the other hand, Stranger of Paradise is developed by Team Ninja, a studio that made its name on fighting series Dead or Alive and the off-the-wall action of Ninja Gaiden.

Many fans didn’t know what to make of Stranger of Paradise when it was announced last summer, but it appeared that Team Ninja would be leaning on the sensibilities that produced two Nioh games, at least when it came to combat design. However, that aspect was largely overshadowed by an announcement trailer filled to the brim with camp and goofy dialogue from main character Jack, who, as the memes will tell you, is here to kill Chaos.

It’s thematically appropriate, then, that reviews for Stranger of Paradise are all over the place, a suitably chaotic hodgepodge of opinions that highlight a divided critic pool. IGN’s Jada Griffin is on the positive end, noting that the story may largely be nonsense, but it all comes together in the end.

“Like the show Lost and other stories that revolve around some grand mystery, Stranger of Paradise's plot had me theorizing and scratching my head until the very final moments, when all is revealed in a way that brings everything together,” Griffin wrote.

Unlike Lost, though, Griffin said that Stranger of Paradise lacks any memorable or lovable characters, leaving the vague and nonsensical plot to shoulder most of the burden alone. By most accounts, it buckles under the pressure, but there are some, such as Polygon’s Ana Diaz, who praised the tongue-in-cheek camp.

“It’s a fever dream of a beginning, and the fact that this all is packaged within an intense and, at times, fiercely difficult action RPG makes it feel all the more delirious,” Diaz wrote. “I…didn’t expect to enjoy a story about a hyper-masculine man like Jack. But what I’ve come to learn in my time with Stranger of Paradise: Final Fantasy Origin is that Jack isn’t a knight in shining armor. He’s better.”

Others, like Game Informer’s Andrew Reiner, were less keen on the protagonist.

“Don’t be surprised if you let out your first audible groan within minutes of meeting protagonist Jack,” Reiner said. “Showing the emotional range of a brick, Jack is a blank slate of a lead, offering little in terms of backstory or personality…”

Story-wise, Stranger of Paradise is a direct prequel to the first Final Fantasy game, which was released in 1987, but it has been billed as a love letter to the series as a whole. As such, players will encounter a number of locations from other Final Fantasy titles, such as Final Fantasy VII’s mako reactors and Final Fantasy X’s Mt. Gagazet. This was a highlight for Meg Pelliccio at TheGamer.

“The game is crammed full of references to other games in the series and I can’t convey enough just how emotional it was for me to play through so many familiar landscapes, not only reliving the joy of whichever game they originated from but seeing them reimagined in modern graphics as well,” Pelliccio wrote. “One area in particular that took my breath away was the Hallowed Massif, based on Final Fantasy 10’s Mt. Gagazet, where I couldn’t help but marvel at the stone figures of the Fayth.”

While reviewers were mixed on the execution of the game’s story and characters, most agreed that combat is where Stranger of Paradise truly shines. Team Ninja appears to have drawn on its two Nioh games in delivering a deep and rewarding action-RPG combat system.

“Still, while it might be confusing and memey, disjointed and weird, Stranger of Paradise is also a lot of fun,” GameSpot’s Phil Hornshaw wrote. “It's full of cool combat with a wide variety of options, and a job system that lets you customize your playstyle or just try out what feels like 30 different ones.”

There’s a substantial element of challenge to the combat, Hornshaw said, that rewards careful planning and experimentation. The moment-to-moment action largely takes its cues from Dark Souls and recent entries in the Final Fantasy series.

“You have to take every enemy seriously, lest a small group of simple bats beat the hell out of you--as happened to me again and again and again throughout the game,” Hornshaw said. “You need to learn how to read attacks so you can guard against them, parry them, or dodge clear of them as the situation dictates, and everything from a looming behemoth to a lowly goblin is a major threat.”

Overall, to which the game’s Metascore of 72 will attest, Stranger of Paradise is a divisive game that fluctuates between satisfyingly challenging and outright bad. It’s important to note that, as with any review, subjectivity is paramount. The enjoyment you’ll get out of it depends on your tolerance for goofy character moments, nonsensical stories, and challenging action-RPG combat.