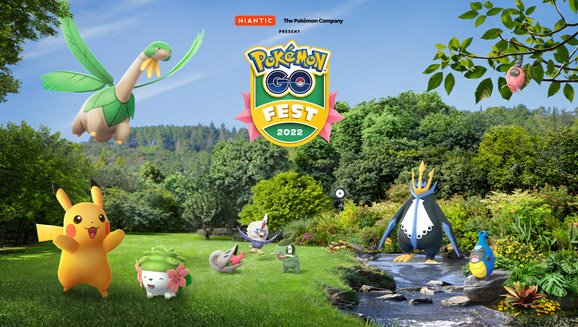 Pokemon Go has been a runaway success since its launch in July of 2016, and this week the perennial mobile AR game has surpassed a new milestone; according to mobile analytics group Sensor Tower, Pokemon Go has generated $6 billion in lifetime player spending.

According to Sensor Tower mobile insights strategist Craig Chapple, Pokemon Go has generated an average of $1 billion per year since 2016, which places the game among esteemed company.

Among this group, Genshin Impact is particularly notable; Chapple pointed out that the action/RPG has generated $1 billion every six months since its September 2020 launch.

For Pokemon Go, the US is the most lucrative country for player spending, having contributed some $2.2 billion--or 36.6%--of total revenue. Second and third are Japan and Germany, which are responsible for 32.6% and 5.2%, respectively.

“It’s the game Pokemon fans have always wanted since the 90s, and as the largest entertainment franchise in the world,” he explained. “There was an enormous audience spanning multiple generations ready to play it and offered a new experience that was also able to tap into nostalgia.”

“Meanwhile, an excellent live ops service has meant Niantic has been able to constantly update the title with new additions and keep many players engaged for the long-term,” Chapple said.

A consistent stream of new Pokemon to catch and seasonal events has kept players coming back. For instance, the annual Pokemon Go Fest took place this past weekend, drawing strong crowds. Sensor Tower doesn’t have any data just yet on player spending for this year’s event, but with tickets going for $15 there’s no doubt the game saw a spike in revenue.