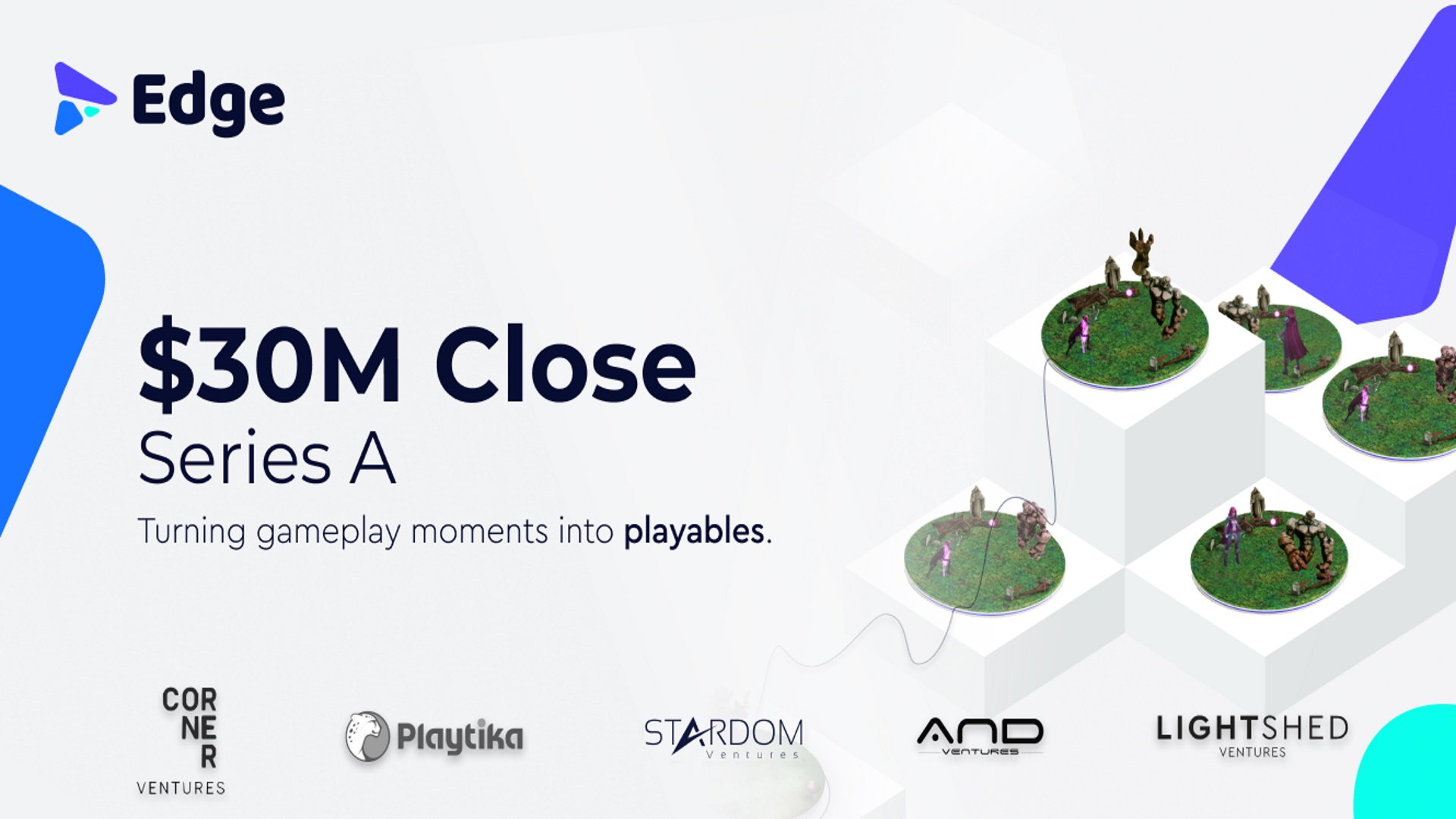 Imagine Super Mario Maker, but instead of playing a single level someone made, you’re experiencing a snapshot of a friend's game. That’s the premise behind Edge’s new gameplay platform, also called Edge, which aims to break down barriers between players by creating a new type of shared experience. Users can save segments of their game called Playables, rercorded, playable moments they can share with others.

Edge works with any console or PC and is designed around capturing what company CEO and co-founder Asaf Gazit called the “wow” moment – anything a player thinks is exciting or worth sharing, whether it’s an entire level, a single challenge, or a sampling of a certain character build they want others to experience as well.

Edge recently raised $30 million in Series A funding to help bring the platform to markets. Gazit said the concept is already attracting attention from publishers as well, though didn’t mention which are already on board.

“We’ve built the Edge platform to unlock for the first time the ability to participate in each other’s most exciting gameplay moments,” Gazit said in the announcement. “This creates an important new opportunity to form a genuine connection with other gamers. Rather than just watching from the sidelines as a spectator, Edge users can enter, play, and control the content directly to create their own experiences.”

“We want to bring you a stream of fresh ‘wow’ moments from your friends, favorite creators, and fellow gamers - so you can dive into and squeeze every bit of those juicy high thrills from various games,” Gazit told GameDaily in a follow-up conversation.

The idea for Edge started when he and his brother, Omri, were young and moved frequently, Gazit said. They managed to keep a semblance of connection with their friends through playing the same game and sharing their experiences, albeit indirectly. Years later, Omri mentioned a sports app that let users share workout segments and said a similar “cut and play” platform for gaming seemed like a good idea – so Asaf and his team decided to make it happen.

It was only in the past few years that shifts in technology made Edge a viable concept, though. New coding tools and infrastructure upgrades in Unreal and Unity have made the large-scale data processing that Edge needs possible, but changes in consumer attitudes were even more important. Gazit said Edge’s research showed that of the 3.3 billion people who play games globally, 1.5 billion of them watch streamed game content of some kind on Twitch, YouTube, or TikTok.

“90% of generation Z and generation Alpha are engaging with gaming content and redefining the way we all think and feel about social media content,” Gazit said. “While this generation is looking for ways to connect through social platforms interactively, videos are not interactive and cannot truly express the experience to the viewers.”

He also said the growing popularity of interactive entertainment such as Netflix’s Bandersnatch and Genvid’s Rival Peaks, along with user-generated content in general, showed there was a growing demand for a different kind of interactive experience.

While streamers with large followings seem like a natural fit for Edge’s audience, the platform offers just as many benefits for individual players just looking to connect and for developers as well. Gazit said the goal is to create a “golden triangle” with Edge that helps support content creators, users, and publishers and helps studios grow their games after launch without having to invest extensive, additional resources.

Gazit is already looking beyond video games to a broader metaverse experience and create a new range of social interactions.

“Our technology allows endless possibilities of excitement and unbuffered connections not only contained in the gaming industry,” he said. “In the future, Edge's social platform will cross verticals and allow everyone to play, share, and re-live someone else’s experiences as if they were in someone else’s shoes.”