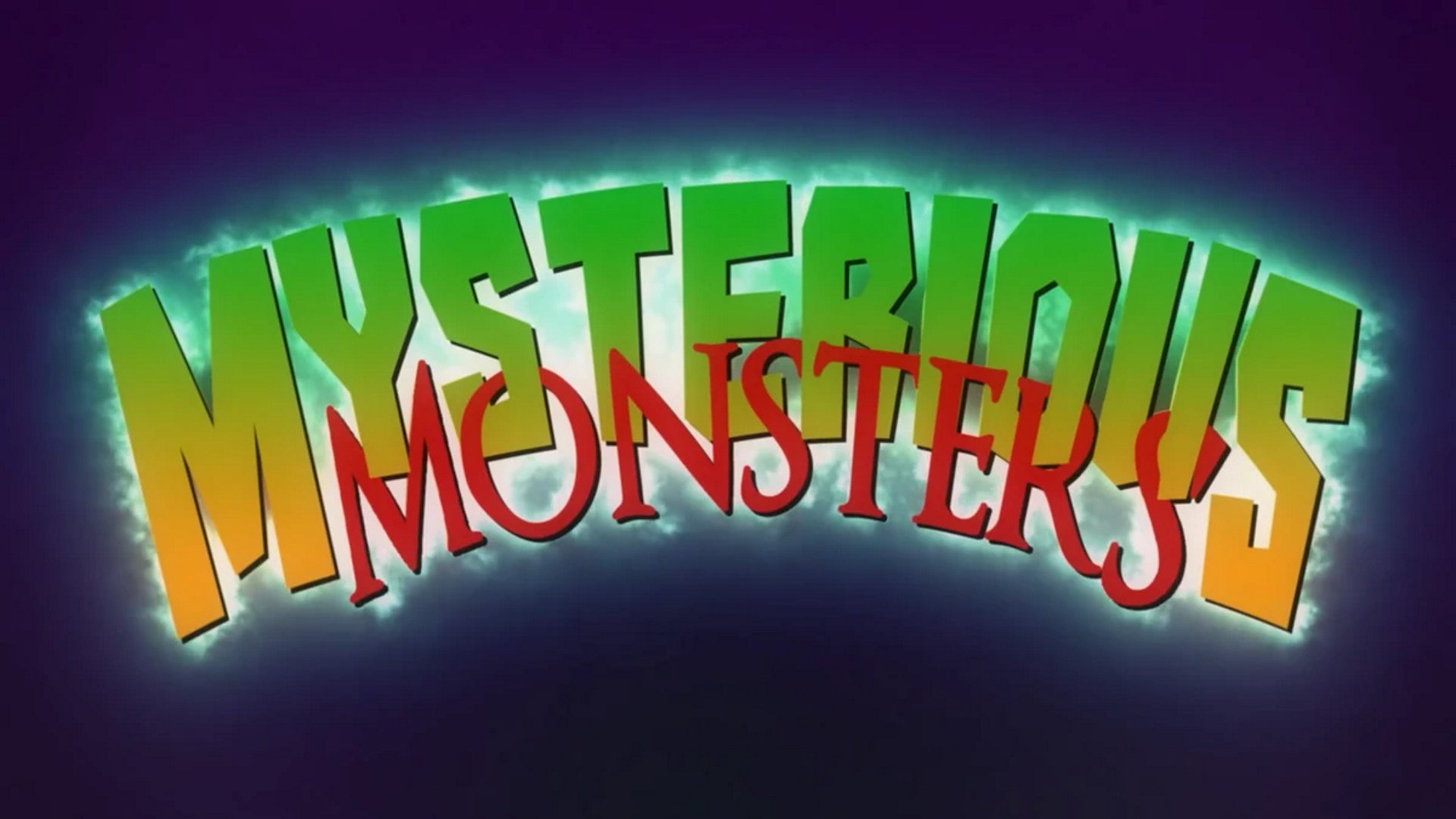 While the growing trend in interactive entertainment prefers to blur boundaries between video games and traditional mediaby giving viewers ever more influence in shaping the experience, Easy Allies has a different vision for the future. The streaming group recently launched a new series called Mysterious Monsters that blends traditional trivia-based game shows with role-playing games, and while it’s found success with the gaming crowd, the show’s producers hope it can help start a broader trend in creating new media styles as well.

Participants in Mysterious Monsters battle “monsters” by answering trivia questions, but they can also take advantage of equipment and other RPG staples to offset some of the more difficult challenges--though the risk isn’t always worth the reward. In a twist that’s more similar to Mario Party than your average RPG, the player with the most coins at the end of the game is the winner.

“It’s like if the categories in Jeopardy were monsters instead of... categories,” East Allies co-CEO and founder Isla Hinck said.

So far, Mysterious Monsters has included guest appearances from streaming personalities such as Kyle Bosman and James and Elyse Willems, along with voice talent and other recognizable names from the games industry, including Ashly Burch and Erica Lindbeck.

The concept for Mysterious Monsters arose by chance during a conversation Hinck had with Jason Wishnov, CEO of Iridium Studios and Mysterious Monsters’ co-creator. The two wanted to create a show for Easy Allies host Michael Huber and said they almost immediately decided it should revolve around retro games in some way.

“I mentioned my fervent belief that all things in life can have RPG mechanics added to them…by which I mean things like equipment, stats, level ups, things of that nature…and we just started firing off ideas left and right,” Wishnov told GameDaily. “I had the ability to code the game [and] Isla had the ability to edit a television show and bring on great guests.”

Hinck said Mysterious Monsters started coming into focus almost immediately after Wishnov mentioned RPG elements, but that was only half the battle, so to speak. The other half was making sure people actually wanted to watch it, but Easy Allies had a few advantages in getting started.

“Game shows are one of those types of TV genres that will always be popular, but is also a very competitive market. It’s extremely hard to stand out and find a unique twist to the format,” Sofia Hariz, multimedia journalist and videographer, who also co-produces Mysterious Monsters, said. “[However,] it is one of Easy Allies’ most popular shows for good reason. Michael Huber’s hosting skills mixed with the guests’ banter and the colorful and thematic software is something special.”

Wishnov said that the RPG mechanics also help set the show apart. While it may be more complicated than your average Jeopardy or The Price is Right episode, he believes fans are looking for a deeper experience in 2022. He said it helps when that experience involves audiences watching streamers they know in a format that invites engagement through shared knowledge, while demanding little from the viewer and letting them just relax.

Streaming each episode as it premieres also gives Hinck, Wishnov, and Hariz something else a traditional TV show or game can’t: access to the audience for immediate feedback.

“The direct interaction with people in real time that we get on Twitch and YouTube during episode premieres is invaluable,” Hariz told GameDaily. “That kind of feedback is so important, whether it’s responses to certain questions or people asking us to describe categories a certain way, something you [can] implement for the next episode.”

These changes, what Hinck likens to game update patches, are a regular part of maintaining the show between seasons and even episodes. Hinck and Wishnov said one of the most challenging aspects of producing Mysterious Monsters is adjusting the balance so it remains engaging for the viewer and participants.

“No plan survives contact with the enemy, and we had to make sure that ultimately we were still encouraging players to answer questions and interact with each other, while giving them additional strategic depth beyond simply knowing the questions,” Wishnov said. “Trivia is a weird thing, you either know it or you don’t, but what if you could effectively use strategies to mitigate a weakness in a certain area of knowledge?”

That’s where the items come in handy, though a few of the team’s creations behave in ways they didn’t quite expect. Hinck said during the most recent round of filming, the team had to reduce the effectiveness of one new item in between episodes after seeing how overpowered it was in practice.

All this talk of patches, overpowered items, and retro gaming might suggest Mysterious Monsters has limited appeal outside the gaming segment, and Hinck, Hariz, and Wishnov recognize that Easy Allies’ audience--familiar as they are with video games and the Easy Allies team--was likely more receptive to the concept than others might initially have been. However, the group also believes it has the potential to appeal to broader audiences.

“Gaming is more mainstream than ever before, but I don’t think one has to be a gamer to grasp and enjoy the show,” Hinck said. “I think about Stranger Things being so popular. Not everyone who watches it plays D&D, but they now know what it is. A lot of game shows are nerdier than most people realize, with their specific rulesets and themes. Ours just happens to be monsters and pixel art. You slap a fantasy skin on Jeopardy without changing the game at all, and I wonder if it introduces more people to fantasy?”

Hariz agreed and said the particular draw for Mysterious Monsters--and potentially other genre-bending projects--is how it takes something familiar to almost everyone (game shows), wraps it in a particular culture (nerd culture), and then adds elements specific to that culture (video game aesthetics).

Wishnov said he hopes that pattern Mysterious Monsters uses can be the start of a broader update to classic media formats, one that revitalizes and introduces them to younger audiences eager for something that appeals to their interests. Hinck is already envisioning what Mysterious Monsters how Mysterious Monsters might evolve and appeal to an even broader range of tastes just by making the switch to a streaming platform.

“If we pitch MM to a bigger streaming service, the game would be on an old cartridge and contestants would be sucked into the game to play. The game board would still look like the pixel art that we have now, but I’d love for the monsters to be puppets and practical effects, and they would actually ask you the questions themselves. I think it would attract an intersection of horror fans, trivia game show fans, gamers–all kinds of people!”

Meanwhile, Mysterious Monsters shows no signs of slowing down on its home YouTube and Twitch. The most recent episode aired in June, featuring AJ LoCascio (Voltron, Lego Star Wars), with more episodes on the way.

From barbershops to a multi-million dollar industry, Nigeria's gaming boom

We take a look at gaming culture and community in Nigeria, a rapidly growing market gaining significant traction born from a surprisingly humble beginning.

Behind the making of gaming's virtual influencers

The rising popularity of gaming's virtual influencers—such as Riot Games' K/DA and Seraphine—is impossible to ignore. Speaking to Riot Games, Grace Bruxner, and a communications professional, here's a look at how indie studios can tap on this trend even without triple-A studios' budgets.

Q and A with Lucky Kat: Stabilizing ARPDAU with Bidding

Facebook's Audience Network sits with Herdjie Zhou, CEO, and co-founder of Lucky Kat, for a Q&A on in-app bidding.