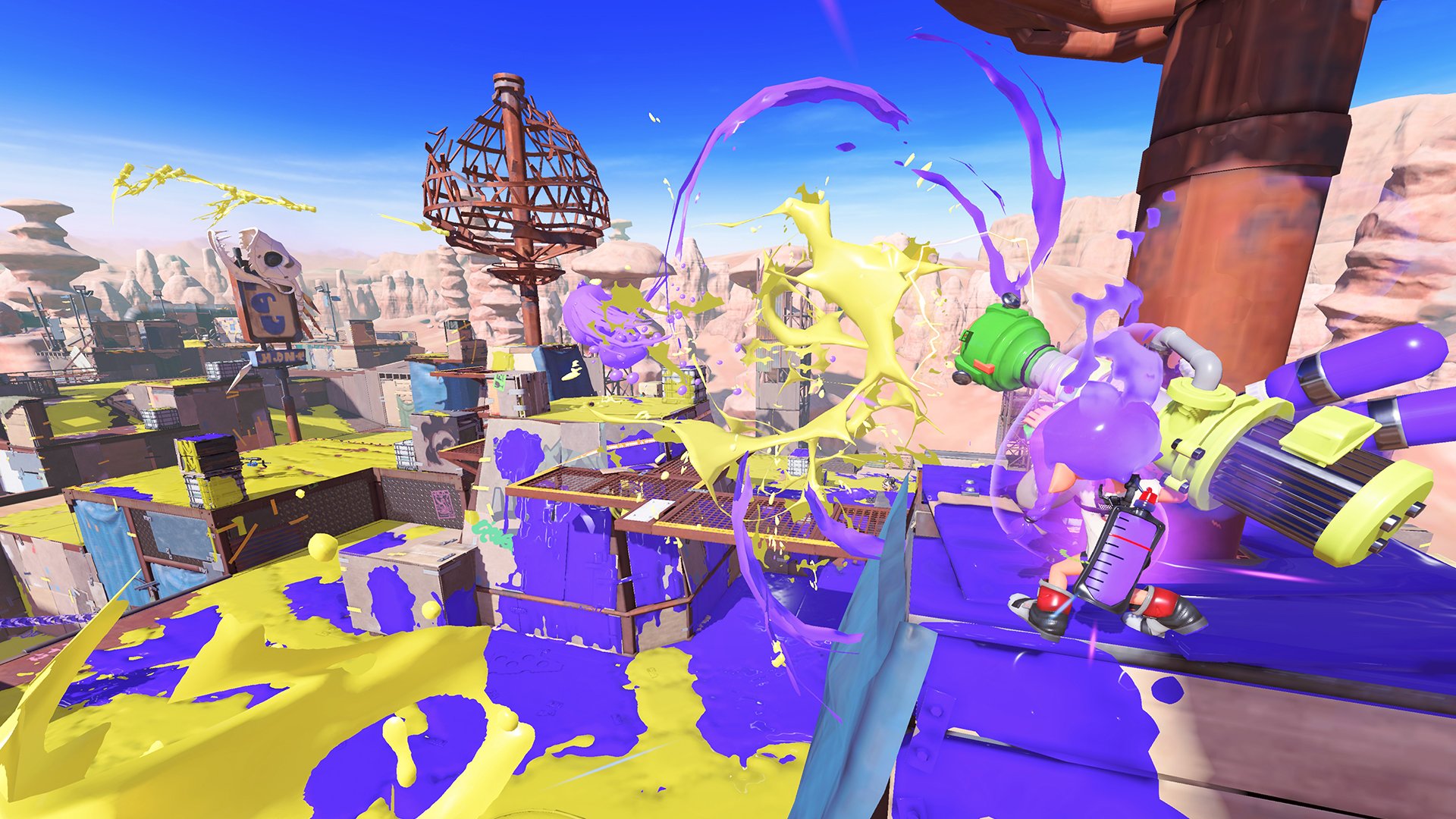 Last week, Nintendo launched Splatoon 3 for the Nintendo Switch, the latest entry in the ink-based multiplayer shooter. Critically, the game has received almost universal praise, with many reviewers praising the game’s creativity and family-friendly qualities. Players appear to agree, as the game sold 3.45 million units--both physical and digital--in Japan alone during the launch weekend.

This is by far the largest launch of a video game in Japan, eclipsing that of Animal Crossing New Horizons in March of 2020; that game sold 2.68 million units in its launch window. 2010’s Pokémon Black and White (2.64 million),1999’s Final Fantasy VIII (2.50 million), and 2009’s Dragon Quest IX: Sentinels of the Starry Skies (2.34 million) round out the top five Japanese game launches of all time.

On Twitter, Niko Partners analyst Daniel Ahmad commented on just how remarkable a launch Splatoon 3 had in Japan.

The game also performed well outside of Japan. According to European market research company GfK, and asreported by GamesIndustry, Splatoon 3 topped the UK boxed charts for the first time in the series’ history.

“Splatoon Wii U and Splatoon 2 on Switch both debuted at No. 2 on the GfK Entertainment All Formats Chart in their launch weeks, with Splatoon held off by The Witcher 3: Wild Hunt and Splatoon 2 held off by Crash Bandicoot N.Sane Trilogy,” a GfK spokesperson told GamesIndustry.biz.

In response to the news of Splatoon 3’s huge launch, stock prices for Nintendo shot up an impressive 5%, according to CNBC.

The momentum kept rolling for Nintendo today following the company’s Nintendo Direct, which boasted a number of bombshell announcements, headlined by a title and release date reveal for The Legend of Zelda: Tears of the Kingdom; the follow up to 2017’s Breath of the Wild will launch in May 2023.

Other announcements from today’s Direct include new entries in fan-favorite franchises like Pikmin, Octopath Traveler, Fire Emblem, and Mario + Rabbids.

Nintendo has enjoyed a period of strong growth throughout the lifecycle of the Switch console, and it is certainly capitalizing on its hits. Today’s Direct presentation touched on nearly all of the company’s mega-hit IPs, including future content updates for Splatoon 3. Moving forward, it will be interesting to see how Nintendo capitalizes on its current momentum.