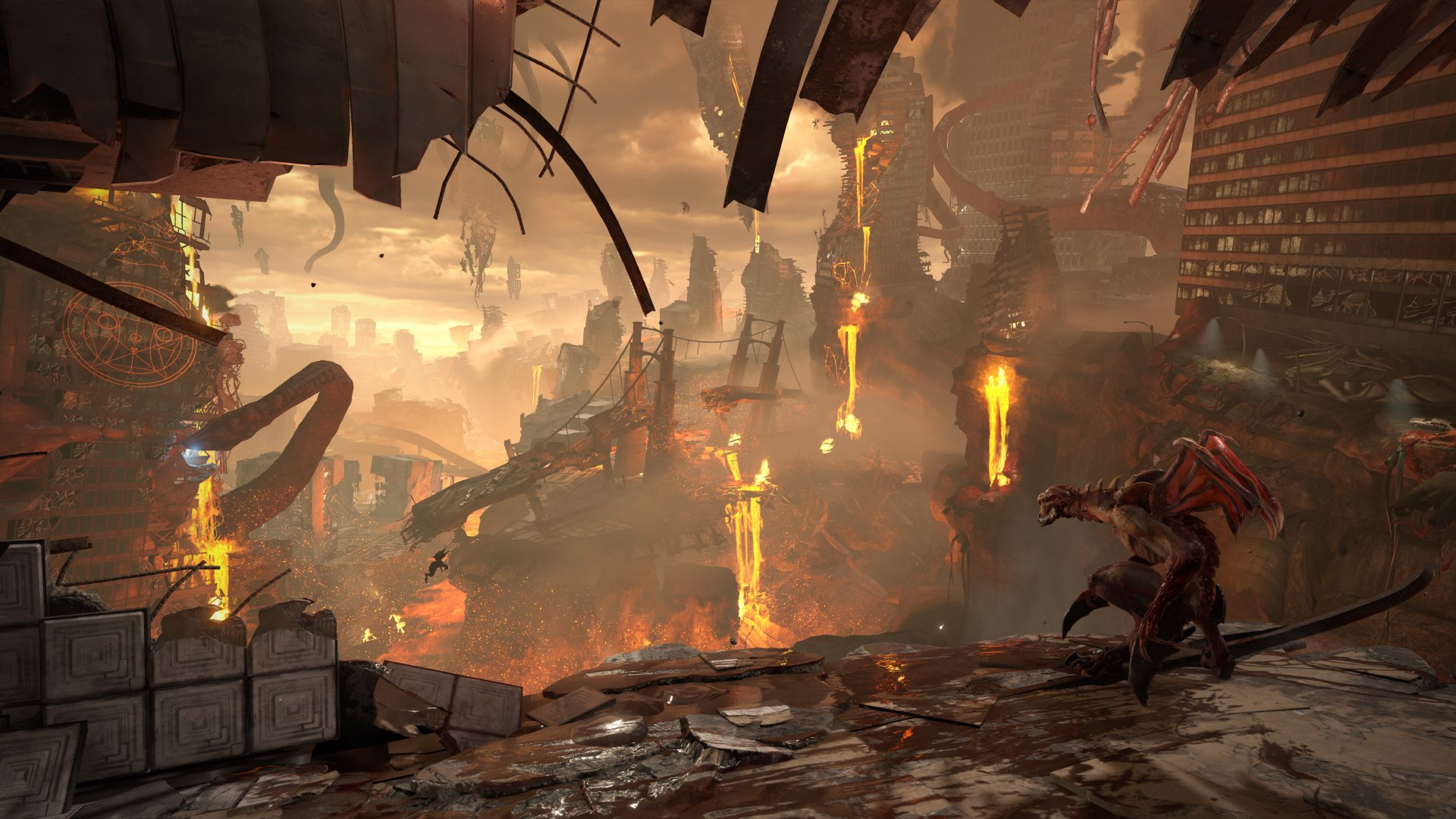 The controversy over the soundtrack mixing for 2020’s Doom Eternal has reached a boiling point thanks to new comments from composer Mick Gordon. In a Medium post from this week, Gordon has claimed that developer id Software only paid him for half of his work, and that studio leadership--specifically executive producer Marty Stratton--was regularly abusive throughout the process.

Additionally, Gordon alleges that he was given very little direction and extremely tight deadlines for his work on the soundtrack, resulting in severe crunch hours. Per Gordon’s account, this was the byproduct of a disorganized development pipeline fraught with poor scheduling, unforeseen roadblocks, and mismanagement.

Gordon’s Medium post is a direct response to a 2020 Reddit thread from Stratton. In that lengthy post, Stratton addressed discrepancies in sound mixing between the Doom Eternal OST and the same track from 2016’s Doom. Stratton commented on the matter, claiming that Gordon was slow to deliver his final work, claims denied by Gordon’s Medium post from this week.

Gordon has alleged that he was offered a six-figure settlement to never publicly speak of the Doom Eternal soundtrack debacle. Gordon refused, claiming that “the truth is more important.”

“Marty lied about the circumstances surrounding the Doom Eternal Soundtrack and used disinformation and innuendo to blame me entirely for its failure,” Gordon wrote. “Marty’s Reddit post severely impacted both my professional and personal reputation.”

Gordon’s post is a long and detailed account of the development of Doom Eternal’s soundtrack that paints a picture of unrealistic deadlines compounded by an unclear vision. He alleges that he was asked to produce two finished level scores per month, but details on level themes, boss fights, and developer-intended sound cues were unavailable when Gordon began work.

“Release was still two years away. The schedule, however, demanded I deliver a steady stream of final music immediately,” Gordon wrote. “One of the game’s key features was music that closely matched gameplay, so aiming to produce finished music for levels still months away didn’t make sense.

“To have any hope of accomplishing that, I needed to rely on id Software to provide me with materials illustrating the music’s intended purpose. Difficulties emerged early on when they couldn’t provide those materials in a timely manner.”

Gordon claims that, even before he signed his contract with id, there were delays in Doom Eternal’s production from the marketing side, compounding the already-slow communication he was experiencing with the office.

“Communication was slow, with id Software often too busy to respond to basic questions faster than a week: on a two-levels-per-month deadline, that’s a big deal.”

As such, it was obvious to Gordon early on that id’s proposed schedule of two levels per month was unrealistic.

“Two months in, it was clear the schedule wasn’t going to work. It was a masterpiece in Excel but a disaster in reality. The requirement to write, perform, record, produce, mix, master and implement two levels of music--with feedback rounds--every 30 days, when the levels themselves were bare-bone, now looked ridiculous. It was simply too early to attempt locking-off music.”

Gordon claims to have proposed an amended schedule to id Software, but was struck down by Stratton.

“He rejected my belief that the current schedule was flawed and suggested my act of trying to do something about it was a sign of incompetence,” Gordon wrote. “Refusing to accept the reality of the situation, he threw the proposal back in my face and proceeded to tear me down for having the audacity to raise the issue in the first place.”

Further compounding Gordon’s overall negative experience with id was payment. He alleges the company threw out two entire OSTs--one for Super Gore Nest and one for Mars Core--and denied Gordon payment for his work. He was eventually compensated following complaints.

The entire saga took a turn for the worse when, according to Gordon’s account, id and Bethesda announced the OST for Doom Eternal during E3 2019. It was to be packaged with a collector’s edition of the game, which was set for release in November of that year. Per Gordon’s post, this OST was not in production (an in-game score is an entirely different project from an official soundtrack), and he only learned about the existence of the collector’s edition through the media announcement.

“I sent an urgent message to id Software, saying they had put me in a difficult position and we needed an agreement immediately to ensure customers would get their product.”

No such agreement was forthcoming, however, and an eventual delay struck Doom Eternal’s production.

“By the time we hit October, I still hadn’t received all the materials needed to finish the score; they hadn’t paid me since January and still refused to talk about the OST,” Gordon said.

Following the OST announcement, Gordon was apparently stonewalled by id Software, so he was forced to go over that team’s head directly to publisher Bethesda. Eventually, a contract was drawn up and Gordon crunched to meet the very short deadline. He described working 18-20 hour days and sleeping under his desk.

However, it was revealed that id had tapped its internal audio department to cut together an OST that Gordon called rough and unprofessional. In an attempt to right the ship, Gordon offered to collaborate with the audio department at id and produce a new OST. Following this, Gordon was reportedly met with stonewalling tactics and a vehement Skype call with Stratton, who accused Gordon of damaging his reputation and threatened legal recourse for not meeting contract obligations.

Following this call, Stratton made the now-infamous Reddit post, which, Gordon said, resulted in doxxing and death threats from toxic gamers. Gordon was then offered a six-figure settlement to not discuss the conflict with Stratton publicly, and to take responsibility for the failure of the OST, which Gordon refused.

“The truth is more important,” Gordon said. “I worked incredibly hard on the franchise, crunching for years to make it happen. My scores for both games were very successful: the companies who released them enjoyed the benefits. To have all that thrown away by someone who blatantly lied to portray me as a person who brings ‘uncertainty and risk’ to any project, who now wanted to pay me off to preserve his reputation, was both troubling and hurtful.”

When Microsoft acquired ZeniMax, the parent company of Bethesda and id, in 2020, Gordon was hopeful that having a larger company looking over Stratton’s shoulder would provide some measure of accountability, but this would not be the case according to Gordon’s statement. He even offered one last time to produce an entirely new OST for Doom Eternal, but only if Stratton agreed to take down his disparaging Reddit post. This offer was ultimately shot down, and Gordon has unsuccessfully attempted to get the post removed via other means.

The most egregious claims made by Gordon’s post include the threats that resulted from Stratton’s Reddit post, as well as the allegation that, at one point during Doom Eternal’s development, he went 11 months without getting paid.

Gordon’s post from this week feels like the release of years of pent-up frustration and anger. It’s also the latest wrinkle in a complex and heated saga. It will be interesting to track Stratton and id’s reaction to Gordon’s statement. Hopefully the truth is revealed and those negatively impacted can find some rest in the coming months.