Oculus Quest unveiled for $399: The iPhone of VR? 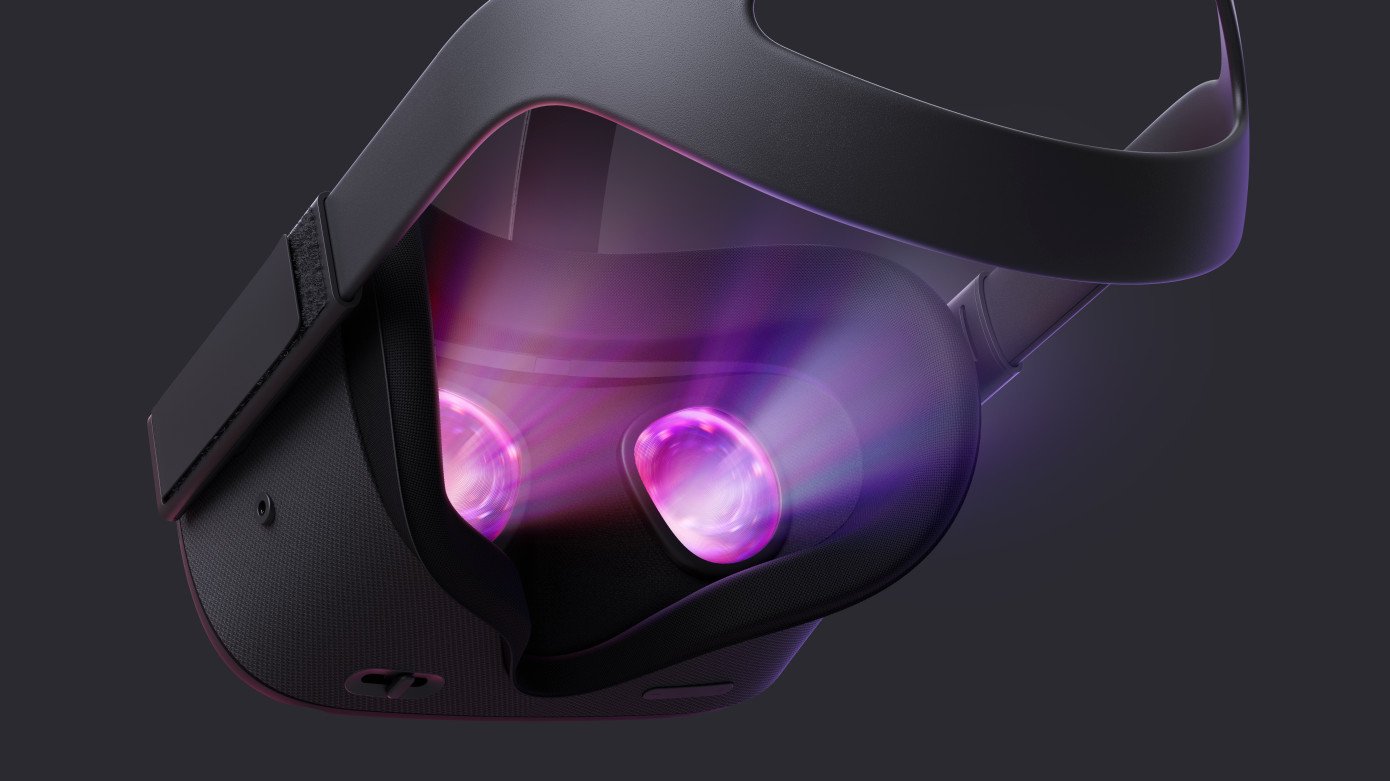 Chat up any AR/VR developers and they'll tell you over and over again that the holy grail for the technology is to have comfortable, sunglasses-like eyewear that gives consumers the full experience in a standalone unit. Current standalone units either require a mobile phone to be inserted or they're somewhat limited in power or tracking ability. At Oculus Connect 5 today, Facebook boss Mark Zuckerberg unveiled what he and the Oculus team believe is the next step towards that holy grail: Oculus Quest.

The new standalone headset, formerly known as Santa Cruz, officially ships in Spring 2019 for $399 and there will be more than 50 titles available at launch, including Episode 1 of Star Wars: Secrets of the Empire, an experience built for VR by ILMxLab that dives into the backstory for the infamous Darth Vader. Oculus is a premiere partner for the series written by David S. Goyer.

To be clear, Quest is not going to offer the same experience that Rift does. Oculus noted during its keynote that Rift is still the platform for experiences that require lots of PC power. Facebook VP of VR Hugo Barra used the term "Rift-like" experiences, meaning a step up from the visuals of Oculus Go combined with the fact that Quest comes with its own Touch controllers, supports 6DOF (six degrees of freedom) tracking, and offers a display resolution of 1600x1440 per eye (Rift's resolution is 1080x1200). Oculus also noted that its spatial audio has been improved for deeper bass and more immersive sound overall.

Oculus envisions Quest being used in numerous rooms in the house or being brought over to family and friends. In fact, the Quest's Insight system, which uses advanced computer vision algorithms in combination with four wide-angle sensors, actually maps out details of any environment you're in (similar to the Guardian boundaries on Rift) and will remember different spaces you've used/mapped for future use. Oculus has tested its Insight system in "hundreds of home spaces" already and will continue to test it further in the months ahead.

Both Zuckerberg and Barra stressed the importance of creating a self-sustaining ecosystem for VR developers. Zuckerberg acknowledged that Facebook has only reached one percent (if that) of its goal of 1 billion VR users globally, and he's aware that many of the VR experiences are from indies or are directly funded by Facebook and Oculus. To reach that self-sustaining ecosystem where developers can be assured some semblance of profitability, Zuckberg believes a threshold of about 10 million users is needed on each VR platform. "And once we get there the ecosystem will explode," he said.

"This is a real make or break moment for the industry. Its sales performance will be a key indicator as to how ready the mainstream is for VR." - Stephanie Llamas, SuperData

To that end, Zuckberg made another very important announcement for developers: VR experiences will be forward-compatible with future hardware. "We’re now directing our roadmap so that future products will be compatible on current ones," he said. "Every generation we build will build towards this threshold [of 10 million users]."

Barra stressed that developers should now be able to build games easily for both Rift and Quest because of the same Touch controller layout and engine integrations. "Many of the SDKs that you’re using for Rift will work for Quest," he stated. "If you’re using our Unity or Unreal integrations you already have what you need for Quest. It’s possible to build in Unity for Quest and bring it to Rift with no code changes."

There are many unanswered questions about the device's battery life, processing power, heat generation and storage capacity (although the $399 version does come with 64GB, we don't know how expandable the unit will be). For the first time, however, Oculus seems to have a higher fidelity VR device that could have mainstream appeal. Barra noted that going forward the company "will invest significantly into this platform."

Those in the industry already seem jazzed about the possible appeal of Oculus Quest. Bigscreen VR developer Darshan Shankar commented on Twitter today that Quest is "the iPhone of VR." Because Quest is affordable and untethered with a low-friction experience, Shankar went on to predict that it would be the best VR headset on the market in 2019.

Katie Chironis, who currently serves as a senior narrative designer at Riot but worked at Oculus as a game designer for almost three years, also praised Quest on Twitter. "[Quest] is the last headset I worked on content for before I left Oculus earlier this year. It's exactly as amazing as it sounds -- fully-tracked room scale without any cords or cables and beautiful rich input," she said. "I've scarcely touched my Rift or VR since March, unfortunately, and I think that's because it's such a *pain* to use -- oh no, i bumped a tracker, time to recalibrate, etc, etc. With Quest, no more of that. This finally feels like a headset I want to own and use on the reg."

Stephanie Llamas, Head of XR for SuperData Research, concurs that Quest's launch next year will be significant for the fledgling VR marketplace. "This is a real make or break moment for the industry," she told GameDaily. "Its sales performance will be a key indicator as to how ready the mainstream is for VR -- if the barriers come down, will consumers buy in? It's too soon to tell but the answer will tell us whether we are 5 or 20 years out from VR reaching Zuckerberg's 'billions of users'."

Each year since 2016 has been falsely proclaimed as the "Year of VR." The industry knows better now, but 2019 should prove very interesting for the VR business as standalone headsets like Quest start to make a palpable impact. Quest was the headline announcement from today's keynote, but Oculus also relaunched the Rift software platform and its Oculus Home virtual space, announced a mobile app to enable remote installation of Rift games from your phone, and promised the arrival of expressive avatars in the near future. You can check out the official Oculus blog for more.