Media Coverage: For ESPN, Esports Is More Than A Niche 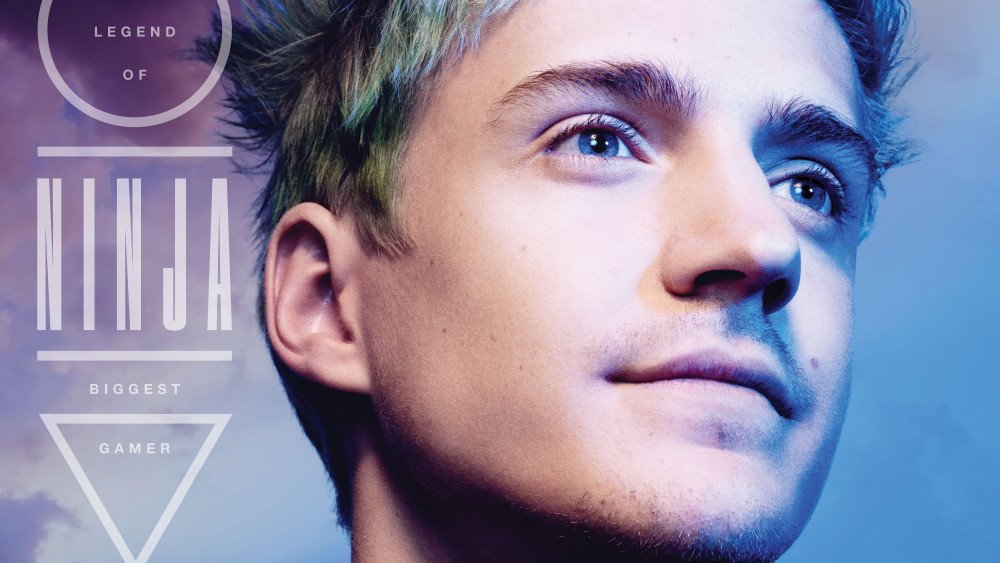 For years now, the esports world has been looking for signs that competitive video games are breaking through to the mainstream and getting their due consideration as a legitimate part of the sports world. One such highly visible sign came last month, when ESPN The Magazine announced Tyler "Ninja" Blevins would be the first esports athlete featured on its cover, as part of a special "Gaming Issue" of the magazine.

That highly visible moment didn't come out of nowhere, though. As an organization, ESPN has been covering esports seriously for years now. The "worldwide leader in sports" gave esports its own dedicated section (or vertical) on the ESPN website back in early 2016. That's the first time a "new" sport had been added to that high-level lineup since the launch of a poker vertical in the early 2000s (a pro wrestling vertical followed later in 2016).

For ESPN Senior Esports Editor Ryan Garfat, the moment he got hooked on the scene came at the 2014 X Games Invitational, the first to give medals for a Call of Duty LAN competition. "I walked in the room and there were more people outside in 115 degree heat waiting to get into that [Call of Duty] tent than they could fit," Garfat told GameDaily. "I sat in that room and I said, 'We need to be here and tell these stories, this isn't going anywhere."

For Garfat, a veteran ESPN editor for years before that X Games moment, the impact of seeing that live crowd was apparent even before he knew how to follow the intricacies of competitive Call of Duty. "That visceral experience of watching something and rooting for something, it's such a core principle to how we cover sports," he said. "It's so familiar. And it didn't even matter to me at the time whether or not I understood the game, the nuances, the meta. It didn't matter..."

"I've covered Super Bowls, national championships, and it is the exact same feeling of being in that arena, in that stadium, rooting for the same thing that made it so familiar," Garfat said of the extremely excitable and loud fans he's seen at esports events. "I said we need to be able to tell these stories. We need to be there."

If esports seems like a weird fit for a "serious" sports organization like ESPN, no one at ESPN seems all that worried about it. Garfat said he got plenty of institutional support in starting the vertical from Dan Kaufman, then a senior deputy editor at the organization, who had been following the scene since meeting Team Liquid's Steve Arhancet at the MIT Sloan Sports Analytics Conference.

"It takes one guy at a high position to really understand it," Garfat said. "The 'esports isn't real sports' thing does not come from us. Those are just comments. We put on the spelling bee. We have poker on ESPN. We cover the WWE. There never really was any pushback from anybody at ESPN, there was just education."

On the other end, there were some esports fans who were skeptical when an old mainstream behemoth like ESPN decided to get in on their turf. "Esports audiences are notoriously antagonistic towards anyone that is perceived as an 'outsider' in the space," Esports Observer Senior Editor Taylor Cocke told GameDaily. "Meaning any mainstream site that doesn't take the 'hire all endemic, well-known content creators' approach will likely be ignored by endemic audiences."

Garfat says ESPN was well aware of that perception when launching its esports vertical. So the site reached out to Tyler Erzberger and Jacob Wolf, two well-established names in the space that could help spearhead the section. Only after those editors (and some well-known external freelancers) were established did ESPN start educating some of its better internal writers on how to cover esports, Garfat said.

"We took a 'crawl before we could walk before we could run' approach," he said. "We really wanted to treat the community with respect. We didn't want to say, 'This is our way of doing things and this is how it should be done,' which is not at all my personality. We wanted to wade ourselves in to the scene to the point where we are right now."

While it was the enthusiastic crowds that got Garfat excited about esports initially, he was quick to add that covering the sector is not just about chasing young eyeballs. "The numbers are sort of secondary," he continued. "I'm a journalist and I try not to cloud my judgment in what tracks and what doesn't. We certainly look at stats but the story is really what I'm most interested in... To me, if we tell a good story it's a good story and it doesn't really matter if it's on a Playstation controller or on a football field, on a pitch."

At the same time, Garfat admitted that established games like Fortnite, Overwatch, Counter-Strike, Dota 2, and League of Legends tend to get more coverage than newer games that are still struggling to raise their player and viewer numbers.

"We're not here to build esports, we're here to cover esports as it exists," Garfat said. "The amount of people watching does dictate the amount of resources we put into a certain game or event, that is for sure.”

Bringing in the newbies

As the numbers of players and fans following esports continue to grow, the audience for that coverage is growing too, Garfat says. But there's still some question as to whether esports coverage can get  non-fans interesting in watching or reading about games they don't already follow closely.

"As it stands, esports coverage is at a bit of a standstill," Cocke said. "Most sites are focused on continuing to do what's always 'worked' in the past: event coverage; analysis of games; player interviews; and the occasional feature. Problem is, there's a limit on the audience with that sort of content. Only the truly hardcore care, which is fine if you're a small site just doing it for the love of esports, but becomes a problem when you're trying to sustain a full staff."

"The player bases of these games are massive, but most of them aren't reading the content around their respective esports scenes," Cocke continued. "Personally, I don't believe that esports sites are doing a good job of drawing the players in. They only care about the truly hardcore esports fans that watch every match."

Garfat acknowledges that the majority of ESPN's esports audience is made up of knowledgeable fans that already follow the competitive scene closely. That said, Garfat adds that "we also serve the general sports audience, and this goes for any sport we cover at ESPN..."

"You have to basically write in two voices. We do end up explaining a little bit more for a general audience when we know that these types of stories are going to hit the main ESPN. But we want to do so without abandoning our core group. I think we've gotten really good at striking that balance."

Cocke is more skeptical that esports coverage is working hard enough to attract this general audience. "The question becomes, how do you educate people fast enough to get them interested in viewing these games, if not playing them enough to educate themselves? Esports coverage, on the whole, doesn't care about that question at all, and it hurts their audiences.

"It's not about teaching the game in every single article/video," he continued. "It's about making sure that those articles/videos are understandable--or at least compelling--for those that don't understand the game in the first place. That is the real challenge going forward, and that is something I think esports media needs to be working on.

Garfat says ESPN is working on just that problem, and that the next year will see "some different types of broadcast content that will help bring new people into the scene, specifically around Overwatch League and stuff like that for game that can be really difficult to pick up if you're just sitting down and watching them for the first time."

Still, Garfat thinks that non-fans that invest just an hour into watching or playing a new esport will quickly get a handle on the basics. Or, failing that, they can just find a kid who's already obsessed. "Usually, mom and dad will explain football to their kids. Its the kids explaining esports to their parents now."