Battle Royale: Where We've Been, Where We Are, and Where We're Going 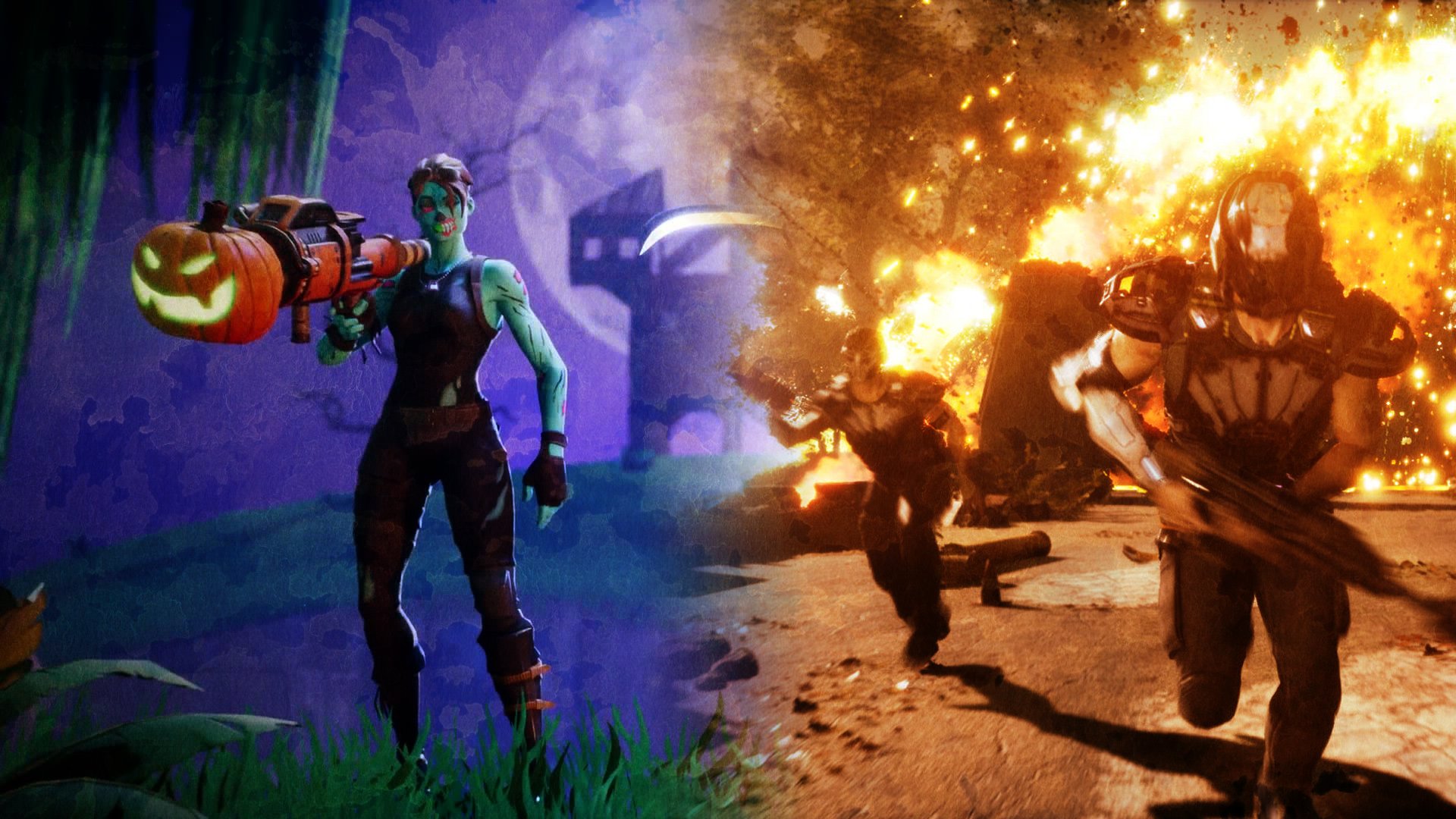 While it may feel like Fortnite’s popularity came out of nowhere, the reality is that there’s almost no such thing as an overnight success, especially not in the games industry.

Where did it all begin?

As Digital Trends pointed out, H1Z1 came before Fortnite and even PUBG, and was a distinctly battle royale game.

But the mod community appears to be the responsible source of the battle royale madness. In particular, Minecraft had a popular mod based off of “The Hunger Games” book and film series, which share a similar premise to the book “Battle Royale,” which is where the name of the concept originated.

The public fascination with the “last man standing” concept goes back about two decades, but the standards of battle royale mode are, relatively, still quite fresh but often repeated: a set number of starting participants, a massive playing field that becomes increasingly smaller, and a frantic search for weapons.

Fortnite is a household name these days. Epic Games’ free-to-play battle royale mode of the game pulls in $2 million a day on its mobile version alone. That’s without considering the revenue pulled in on PC, Xbox One, or PlayStation 4.

Is there room for battle royale to grow?

“I think there's definitely room for more games in the battle royale genre, even from smaller devs,” Nelson said. “But the real key will be offering something unique that PUBG and Fortnite don't—and I'm really talking about more than a change of theme. PUBG has its realism, and Fortnite has its building, so if someone can bring a truly fresh mechanic to this genre and do it in a fun way that catches streamers' interests, if we're being honest, then they stand a chance. The games don't even have to be especially polished—just fun.”

GameDaily reached out to Housemarque, the developer and publisher behind the upcoming Stormdivers, which will include elements of battle royale, to inquire about the studio’s perspective of competing with battle royale juggernauts. Right away, Tommaso De Benetti, Housemarque’s community manager, has a clarification.

“First of all, I'd like to point out that we don't see Stormdivers as a vanilla battle royale [game],” De Benetti said. “We've been using other terms to define it: ‘Third person shooter,’ ‘Multiplayer platformer,’ etc.”

“Yes, the first iteration of the game includes a lot of battle royale elements, but we want that to be the starting point of the game rather than the end goal,” De Benetti added. “There's a lot of room to innovate within the genre, and we're hoping to implement a lot of ideas to show it.”

De Benetti explains that setting Stormdivers apart from other battle royale-inspired games was a consideration during even early development.

“You'll feel right away how each class' personality changes the game, and how the events hitting the map push players to approach the match with a variety of strategies,” De Benetti explained. “The battle royale mode is our starting point, on which we are planning to build things like PvE, co-op missions, new classes, new environments, bosses, maybe even bullet hell elements. We want to have a dialogue with the community and see what their ideas are, but one thing is sure: it's gonna feel like a Housemarque game.”

It would seem that Housemarque’s answer to making the genre fresh is adding its own style and enough variety to sustain a title.

What’s not working is when some developers (who shall remain unnamed) try to cash in on the success by having similarly titled games that pop-up when users search for games like Fortnite or PUBG, particularly on mobile.

“Early on, we saw that PUBG clones were capitalizing on the fact that it and other console battle royale games hadn't launched on mobile yet by filling that void,” Nelson said. “And at least one, NetEase's Knives Out, has gone on to be wildly successful in Japan. It's grossed well over $100 million to date. Another called Free Fire from Garena is popular in Southeast Asia.”

For most though, it’s not a sustainable way to make money.

“We were seeing that some survival games which were ranking for App Store search keywords like ‘fortnite’ and ‘battle royale’ were seeing a boost in downloads when Fortnite first hit the store and didn't rank No. 1 for its own name,” Nelson explained. “But I wouldn't say any of them were especially successful in terms of downloads or revenue.”

Just a fad? Or a new genre?

Battle royale may feel like a passing fad to some, despite Fortnite’s mainstream success story.

Grant Johnson, CEO of Interpret, an LA-based gaming research firm, acknowledges the hype, but thinks there is still room for the genre to expand even further.

“Obviously everyone’s talking about PUBG— and really Fortnite—including my kids and all of their friends,” Johnson said. “So anecdotally, as well as from a macro perspective, it’s all we’re hearing about. And so to some extent it suggests if you’re cynical, there’s got to be some point when the fad is going to pass. When is there complete market saturation—this is just overkill, right?”

“But what we’re seeing from our data is that the battle royale genre probably does have some pretty significant room to grow,” Johnson continued.

Johnson noted that in his work, he is “talking to gamers constantly” and asking them what games they are excited about. Despite some anecdotal signs that some might be tiring of Fortnite or battle royale in general, Johnson notes that some releases, like the new Call of Duty battle royale mode, Blackout, might feel fresh and innovative, renewing excitement for the genre.

“There’s a good portion [of players] that aren’t playing Fortnite and kind of [disregarding it],” Johnson explained. “And yet, they’re really looking forward to Blackout!”

Of course, where the player fatigue doesn’t appear to have taken hold yet is in young players, as Johnson notes that there is a “social cachet” in playing whatever the game of the moment is.

When GameDaily asked whether or not some of these young players could be migrating from Minecraft, another game popular with young players that also has building-based gameplay, Johnson surmised that it’s possible as there is a “younger skew” observed in battle royale players.

“Especially the younger 10-12 [age group], absolutely some of that audience was playing Minecraft a year and a half ago or even six months ago,” Johnson said. “But they easily migrated in pretty significant numbers to the battle royale experience, especially with Fortnite.”

Data from Interpret reveals that, sure enough, the players enjoying battle royale games tend to be young and also male. Almost 29% of battle royale players fall in the age range of 10 to 17 years old, and almost 70% of players of the genre are male.

A previous study, also from Interpret and released in March, showed a slight shift in Minecraft players playtime, as the game experienced a 5% drop from 2017 in its share of gaming time among the 6 to 12 years demographic.

The future of battle royale

As for if, or perhaps when, player fatigue will kick in, the data isn’t showing much right now.

A report released in October by StreamElements found that viewership of Fortnite streams on Twitch, the currently dominating video game streaming platform, peaked in July 2018 with 151.9 million hours watched on the site, but that number fell by 20 million and then 25 million hours in the following months.

But that’s just for watching— are people still playing Fortnite at increasing rates? We know for sure that it’s still making money, and a lot of it.

“Nothing we're seeing is giving us any sign that this genre is close to slowing down,” Nelson noted. “Fortnite is still making a killing and even the less popular PUBG Mobile is seeing consistent growth of its revenue.”

Indeed, PUBG Mobile reached $100 million in revenue from both the App Store and the Google Play Store in October, according to SensorTower, and reached the milestone in 192 days. Fortnite revenue reached the same point in just 90 days— Oh, and that was only on the App Store.

With these top contenders taking the lead, it can be a challenge for newcomers to get player time. So will new developers try to find a place in the genre? In terms of the mobile market, Nelson notes the unique challenge developers face.

“It's always going to be tougher on mobile for newcomers to succeed due to how competitive user acquisition is,” Nelson added. “Not to mention the challenges in organic discovery of new games, but if someone can come up with a great new spin on the formula and get noticed on PC before bringing it to mobile once they've built some recognition, I think it can work.”